Continuing from my previous post: After the misadventure in Lake Bunyonyi, I volunteer at a Coffee Farm in Bwindi Forest which was an amazing experience, to say the least. After the volunteer stint, I wanted to do a safari in the Queen Elizabeth National Park but it was out of my budget. So I hatched a plan to do it for free. Read on!

From the coffee farm, I took a mototaxi to Butogota town. From Butogota town, I took another mototaxi to Kihihi Town. My plan was to take a matatu(shared taxi) from Kihihi town to Kasese town but I just missed the last shared taxi that leaves from Kihihi to Kasese.  So I decided to stay at Kihihi town. I stayed at a low budget traveler’s lodge where even water taps were locked! The lodge looks straight out of some badly produced horror movie. There is NOTHING to do in Kihihi. It just a small town. Sometimes, people use Kihihi as a rest stop before heading to Queen Elizabeth National Park or Kasese. Why did I want to travel to Kasese? Well, my plan was simple. The road from Kihihi to Kasese goes within Queen Elizabeth National Park and as you may have guessed it, I deliberately took this route in hope to see some wild animals without paying the exorbitant national park’s entry fee! I was somehow able to sleep in the lodge-cum-haunted house. 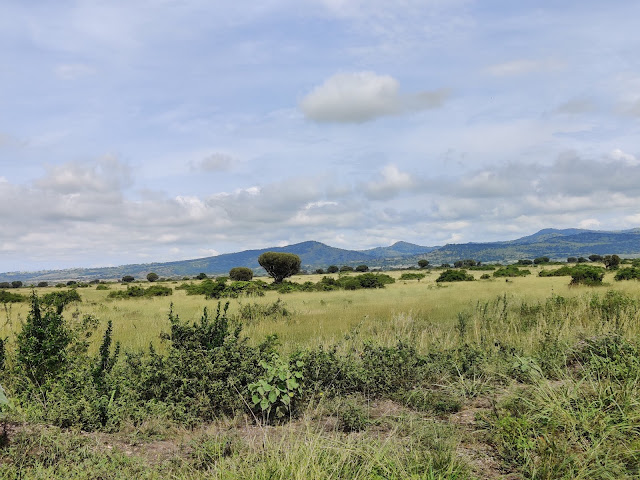 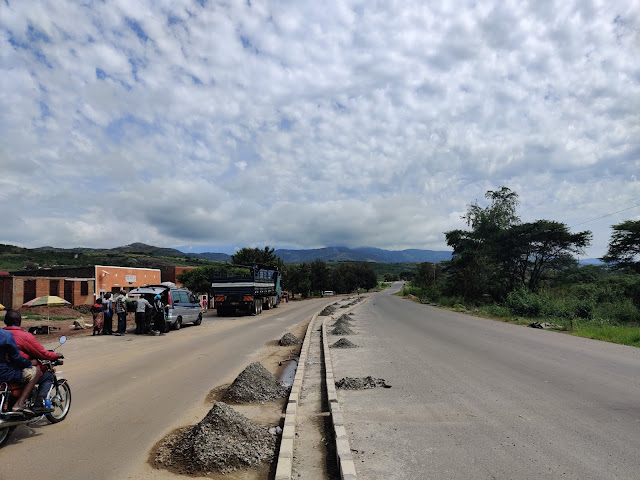 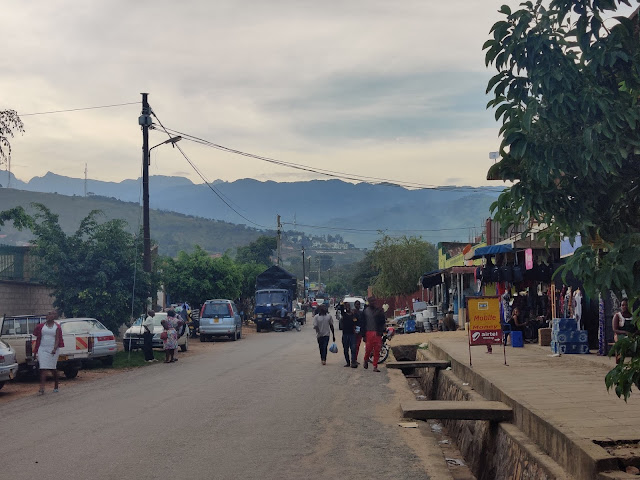 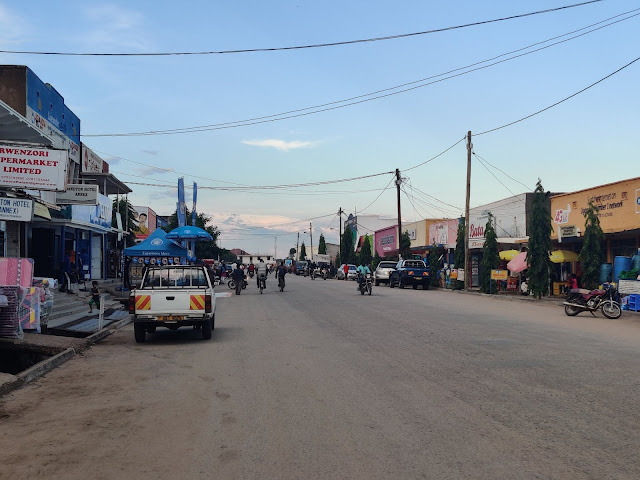 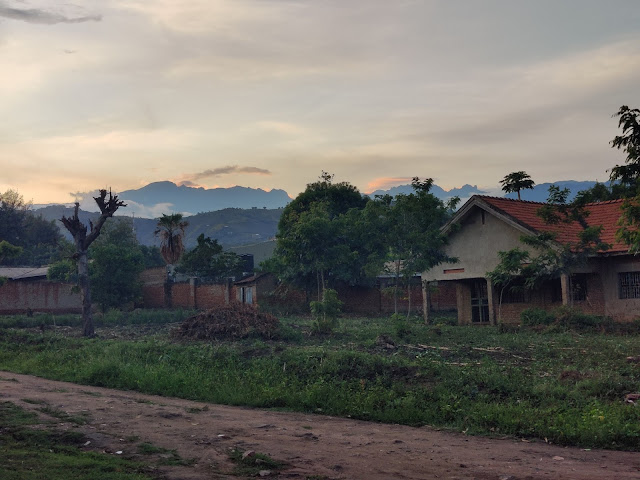 I woke up at 5.30 am the next morning to catch the first Matatu. I knocked manager-cum-resident’s door for 15 mins but it seems she couldn’t care less. Finally, she woke up from her dream world and obliged. I hurriedly reached the taxi stand. After requesting-cum-convincing the driver for 15 mins, I finally got the front window seat! After an hour, we begin our journey. I was really excited! After an hour or so, we finally entered the territory of Queen Elizabeth National Park. 30 minutes passed by and I was already regretting my decision of undertaking this expedition. Suddenly, I saw a colourful bird. The bird was following our vehicle. It was really beautiful. I saw several different kinds of birds during the course of our journey. After a few minutes, I saw a small pond with Wild Buffalos in it followed by Antelopes. One Antelope was crossing the road at a high speed. Our vehicle stopped to let it pass. It was all surreal for me. I have never witnessed wild animals in their natural habitat before except my encounter with Mountain Gorillas in Rwanda. Seeing antelopes become a regular affair for a while. I was really enjoying the free safari and wanted more. And then I saw the Elephant. Actually, 3 elephants! I couldn’t hold my excitement and shouted “STOP”. Taxi driver stopped the vehicle and immediately asked: “ARE YOU OKAY?” I pointed him towards the elephants and he nodded in relief. I opened my door to have a clear look. After a few minutes, they all started shouting. I did not pay much attention to them as I was too engrossed with enormous elephants. It was only when the taxi driver shouted “CLOSE THE DOOR”, I came to my senses. He pointed towards the Safari vehicle with rangers coming our way. I hurriedly close the door. It was a close call. Phew! Co-passengers keep on talking in their local language. I did not have an iota of doubt that they were all cursing me in their language. The best thing was I did not know their language. Seeing those giant mammals was alone worth all the hassle. I faintly saw a leopard resting on the tree. Someone in the car shouted “LION” but I couldn’t able to catch a glimpse of “King of the Jungle”. We stopped for a parantha break once we leave the territory of Queen Elizabeth National Park. The much-needed food break. The taxi driver showed me the equator line before our vehicle broke down in the middle of nowhere around 15 km before Kasese. After a long wait, we commence our journey. It took us around 6 hours to finally reach Kasese. I was beyond tired but extremely satisfied and in complete awe of what I have just witnessed. I was able to do the African safari again in Masai Mara, Kenya which was a once-in-a-lifetime experience for me. 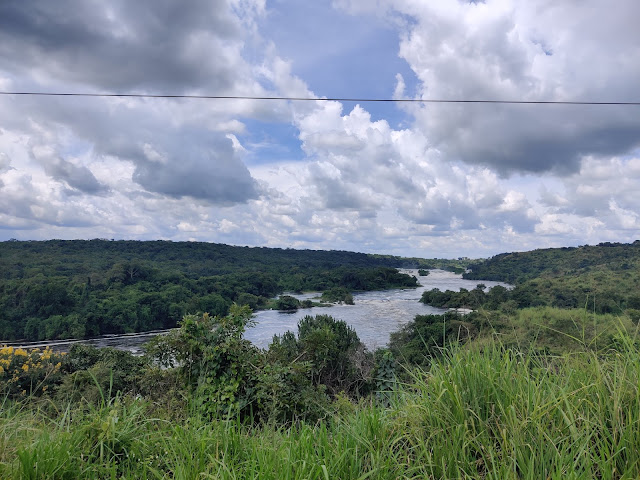 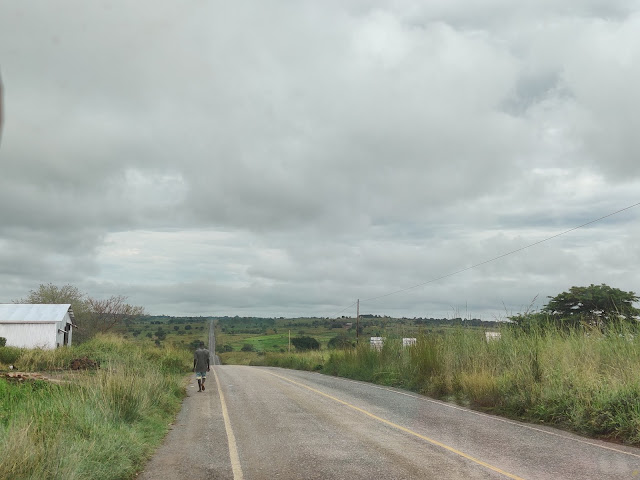 I tried to do the same thing again with Murchison Falls National Park after a few days but was miserably failed. So I traveled to Masindi where I stayed at an amazing backpackers hostel named “Murchison Backpackers“. One of the best places I stayed in during my solo trip to East Africa. Helpful staff, delicious breakfast and beautiful ambience. If you want to pay and visit Murchison Falls National Park like a normal person, they can provide the best possible deal. Extremely professional bunch of people. Masindi is the place to stay if you are looking to do a safari in Murchison Falls National Park. Since I was bitten by the “Free safari” bug, I hatched a plan to travel to Karuma, a very small town, 2 hrs from Masindi. Next day, I traveled to Karuma by changing two Matatus. After reaching Karauma, I left my bags at a lodge and returned to the taxi stand. My masterplan was to travel to Pakwach and return back to Karuma. In case you don’t already figure out, the road to Pakwach from Karuma goes within Murchison Falls National Park. I was really tempted. I board the matatu and got the front window seat. We crossed the Victoria Nile river and I had goosebumps in anticipation of what I am about to witness. I was all set to experience the wildlife all over again but I guess the forest authority already figured it out before me. So I took a round trip to Pakwach and wasted my 4 hrs. There’s nothing to see here except the irritating baboons. Well, I learnt my lesson and traveled to Jinja via a day stopover at Gulu to volunteer with an environmental organization.