After traveling to Asia, Europe & North America. I decided to travel to the African continent. It was the longest and the best solo trip of my life till date. It was my first solo trip abroad after the Central Asian trip which I did in August-September, 2018. I spend 2 months traveling in East Africa from Rwanda to Uganda to Kenya. Since time was not the concern, I traveled at a slow pace and tried many different experiences. I started my travel in the month of September. It was a rainy season. My East African journey burst many myths I had about Africa. The first country of my trip was RWANDA : “Land of a thousand hills”.

I traveled to Kigali from Mumbai via Ethiopian Airlines with a layover at Addis Ababa. Kigali is the capital city of Rwanda. The total journey was approx. 12 hrs long including layover. The in-flight entertainment had a decent collection of movies, tv-series & music. The staff were helpful and the food was good. The leg space was sufficient. I would recommend Ethiopian airlines. 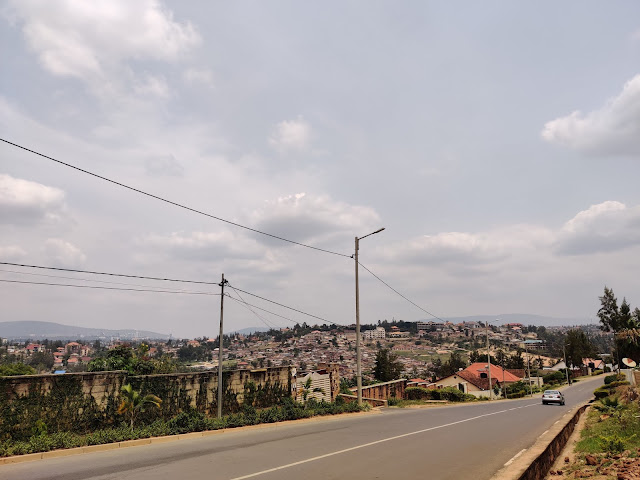 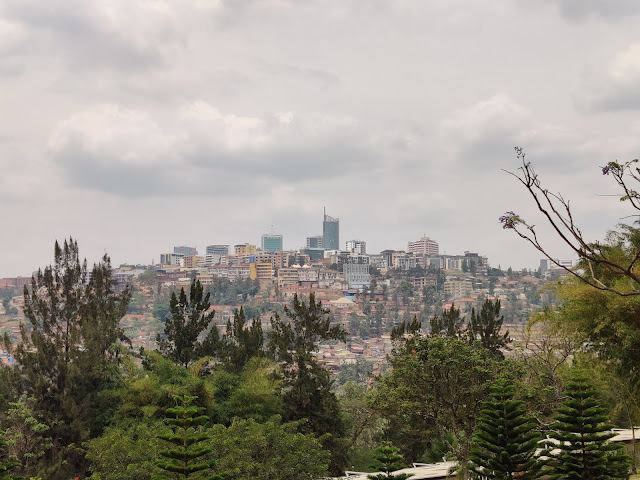 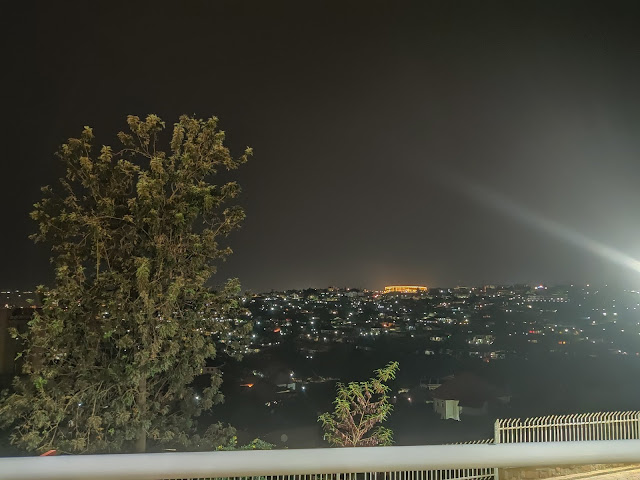 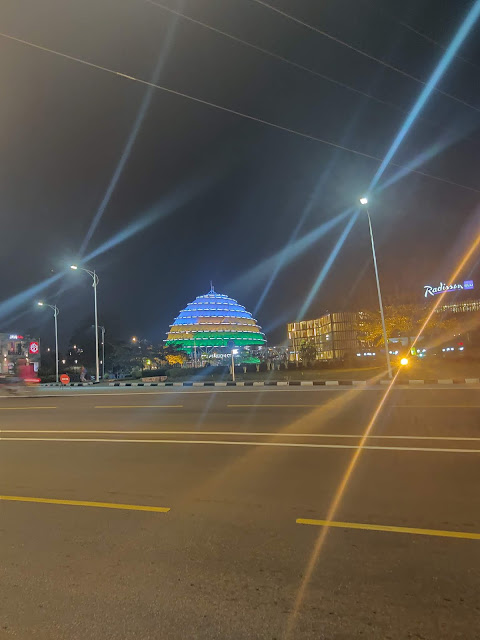 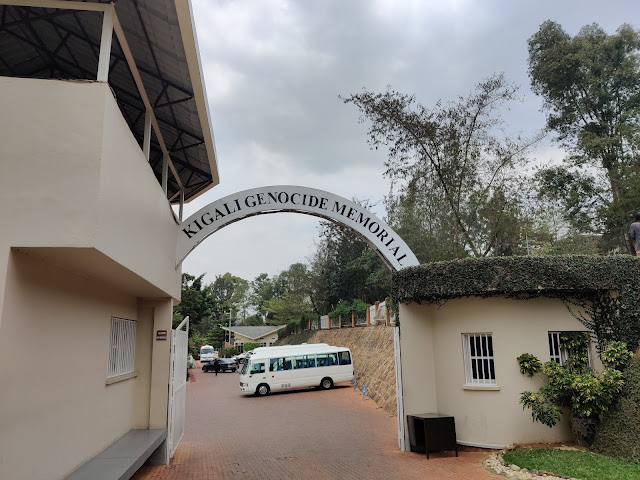 The first impression of Kigali was nothing I thought of about Africa. It somewhat reminds me of Istanbul due to its hilly terrain. Kigali came across as a clean, hip, safe and well-maintained city. A visit to “Kigali Genocide Memorial” is must when in Kigali. If you have seen the movie “Hotel Rwanda”, you know what I’m talking about. If you haven’t, check here. My visit to the memorial was an emotionally draining but enlightening experience. I spend two nights in Kigali exploring the city by foot mostly.

I traveled from Kigali to Kitabi via bus @ RWF 4500. It took approx. 4 hrs to reach Kitabi. Kitabi is a sector located at the entrance of Nyungwe Forest National Park. It falls under Nyamagabe district. There are several options of walking trails in the Nyungwe Forest including canopy walkway. All the trails originate from Uwinka visitor Centre. The centre is located at a distance of 35 KM from Kitabi. No one is allowed to enter the forest without a guide/ranger. I did the Imbaraga trail.  It costs $40 for a foreigner per trail. It took me to approx. 4 hrs to complete the Imbaraga trail. This trail is circular. At the start of the trail, I was excited to hike in a forest but in the end, I felt underwhelming. I was reminded of my hikes/treks I did in the jungles of Kashmir which was far more adventurous and stunningly beautiful. For the first-timers, it will be a really unique experience to hike in a forest like the Nyungwe Forest. Also, many people do canopy walkway and chimpanzee tracking in the Nyungwe Forest which I have been told are quite adventurous. If are looking to visit the Nyungwe Forest National Park or passing by Kitabi, I would highly recommend staying at Kitabi EcoCentre. It is located on a hill with a stunning view of Nyungwe Forest National Park and it caters to all kinds of people from budget travelers to family to people looking for luxury. Great place to relax and chill. During my travels, I have stayed at many different lodges/hotels/hostels/homestays/guesthouses but this place is truly unique and ranks among one of my best experiences. I also visited the Kitabi Tea Factory. I walked all the way to Kitabi Tea Factory from Kitabi EcoCentre and the journey was mesmerising. It was approx. 40 mins by walk one way. Entry is $10 per person. 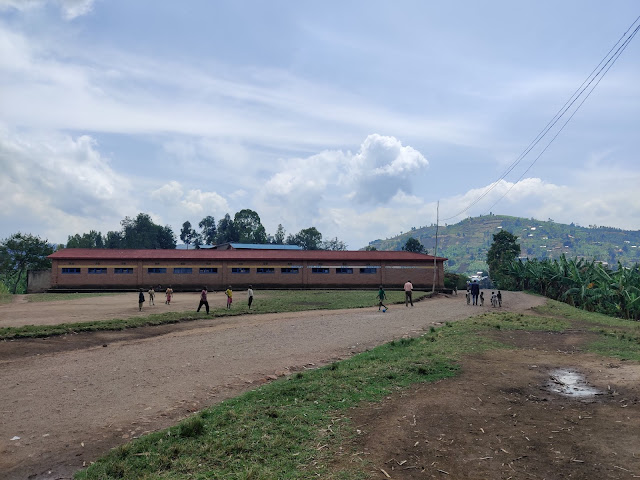 Next stop was Gisenyi. It took approx. 6 hrs to reach Gisenyi from Kitabi. The journey to Gisenyi was full of picturesque views. It is a border town located on the shores of Lake Kivu. DRC border is hardly 20-25 mins by walk. My host took me to the village and it was my first visit to an African village. Some kids were curious and followed me everywhere. Some kids were playing football and are really good at it. Football is the most famous sport in Rwanda. People in the village were really nice to me and many offered me to visit their home. It was a thought-provoking experience. 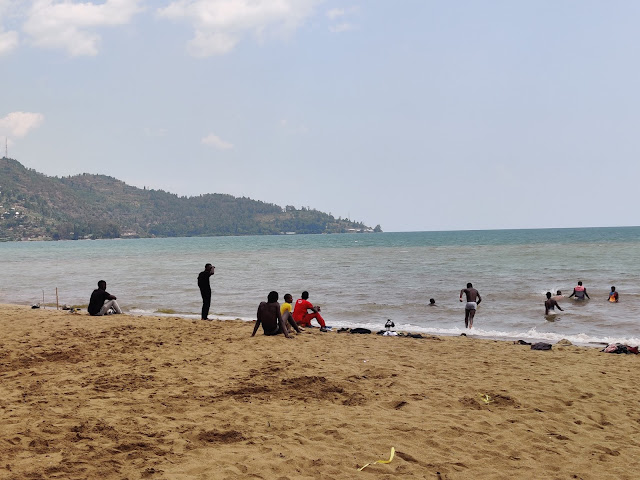 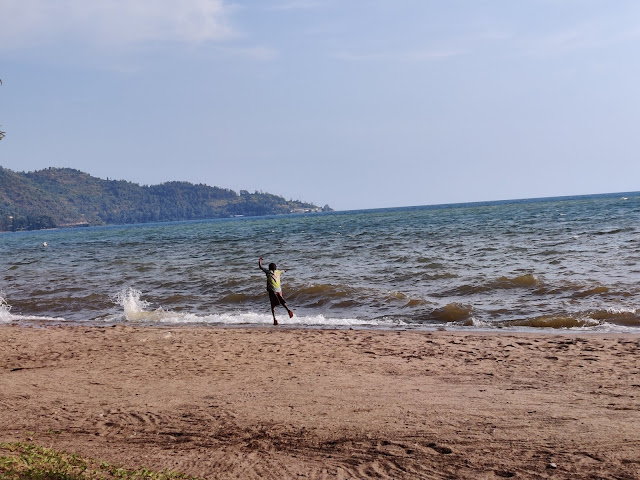 There are some beautiful beaches in Gisenyi. Do visit Kivu beach which is a public beach (free entry). It is really peaceful and clean. You can even take a shared boat ride @ 500 RWF at Kivu beach. There’s a hot spring in Gisenyi called Nyamyumba hot springs. It is a natural hot spring originating from across the border in DRC. Water was hot but one can still bath in it. While coming back from hot springs, I stopped at a private beach. A group of people invited me to play volleyball with them. I played volleyball after a long time and really enjoyed it. I sucked at it though hahah. I explored most of the Gisenyi town by walk and quite liked it. It has that really nice small town vibes even though it is not a small town. If you know what I mean! Kibuye is another nice beach town located near Lake Kivu on the way to Gisenyi but I skipped this place.

Next stop was Musanze/Ruhengeri. It took approx. 2 hrs to reach there from Gisenyi. It was a border town with Uganda and best known for Volcanoes National Park. In the proximity to the Volcanoes National Park, I stayed at Red Rocks Rwanda, a budget-friendly lodge/hostel/campsite/cultural centre which emphasis on responsible tourism. It is the place to relax and rejuvenate after a gruelling trek in Volcanoes National Park. It has a great ambience with a bonfire, bar, delicious food, volleyball court, ping pong table, cultural centre(for live music), greenery, great people, cool artwork and a stunning view of mountains. It also houses the community centre where you can buy beautiful souvenirs, clothes, handicrafts made by local women’s cooperatives who gets benefited directly by your purchase and a recording studio where local talented musicians can record for free. They also organise cultural, family, outdoor activities. 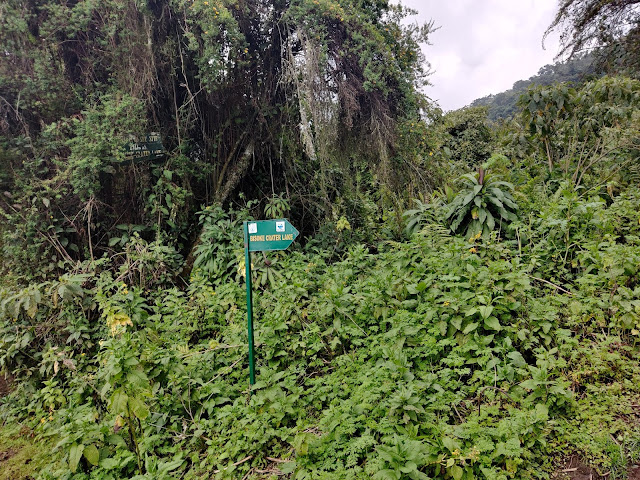 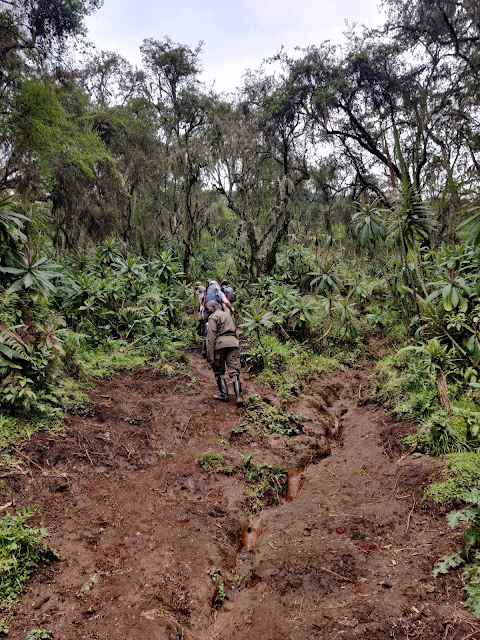 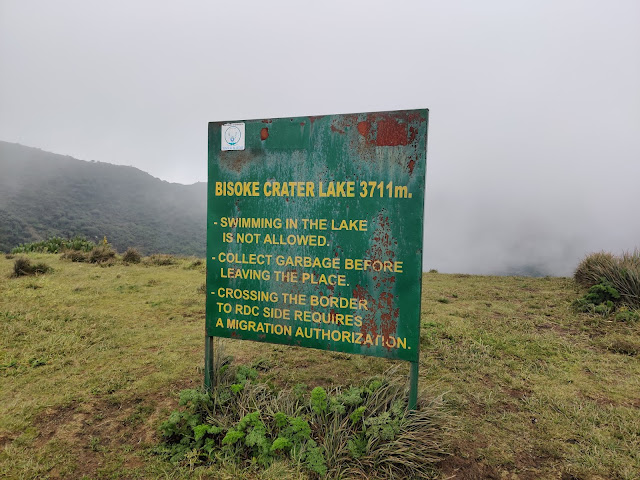 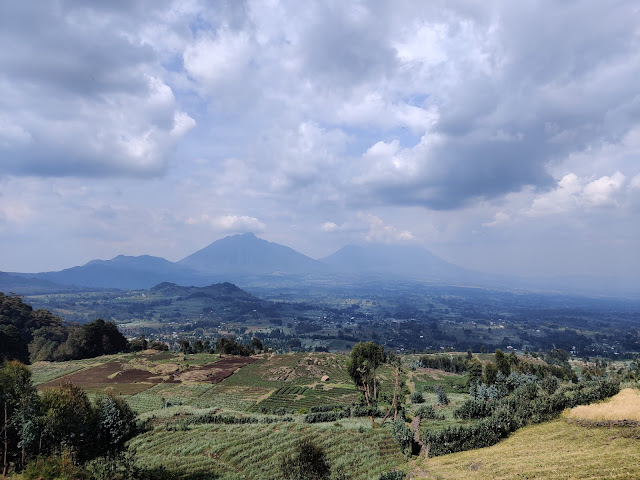 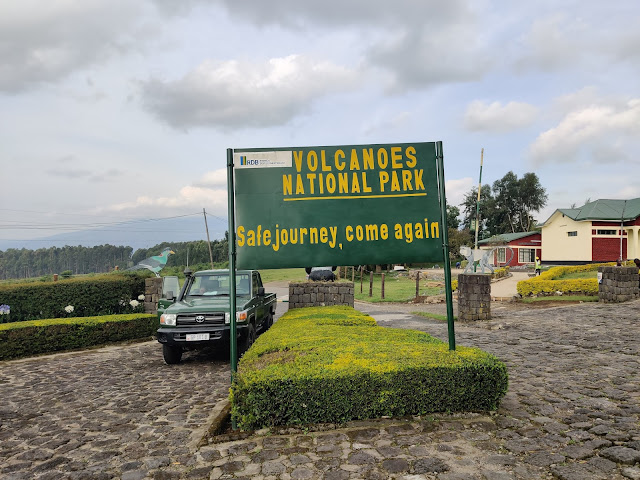 TREK TO MOUNT BISOKE AND THE MOUNTAIN GORILLAS!

VOLCANOES NATIONAL PARK is the place to visit when in Rwanda. It is a home to endangered Mountain Gorillas, their population is estimated to approx. 1000 in the world. I was lucky to saw them during my trek to Mount Bisoke (A dormant volcano with an elevation of 12k ft). It was the most difficult trek of my life and it gets more intense due to muddy paths. I was in mud all the way till my knees. It was truly a gruelling experience but once I reach the top it felt like an achievement. Bisoke crater lake is located at the top of the Mountain. It also serves as a border between DRC and Rwanda. Mount Bisoke is a dormant volcano which was last erupted in 1957. All the hard work paid off when I get to see the mountain gorillas on my way back. I was beyond tired during the descend but suddenly I filled with so much energy when someone told us to come down fast as they saw some gorillas. We saw 4 gorillas in total. Firstly, We saw a couple who were relaxing and eating leaves. We sat and watch them for 10-15 mins. At one point, the female gorilla starts thumping her chest. As per the ranger, it is a way to show dominance and letting us know that it’s her territory. Then, a few meters away we saw a mother gorilla and a son gorilla. They were really quiet and ineffective by our presence. I always associated the Gorillas with the movie “King Kong” but watching them in real life was a truly special and insightful experience. It took us approx. 7 hrs to complete the trek. People spend thousands of dollars to see them but I was fortunate enough to saw them for less than 100 dollars. So, the trek to Mount Bisoke costs $75 as an entrance fee which includes the services of guide & rangers. Also, you need 4*4 vehicle to reach the starting point of Mount Bisoke trek as the way to reach it is really bumpy. 4*4 vehicle costs $80 and it can carry 7 people. If you share the ride with maximum people, the cost will be really less for per person. Before reaching the starting point of the trek, our vehicle halt at the office of the national park for registration(carrying a passport is a must), meeting our guide, briefing and refreshments (included in the entrance fee). It was easily one of the best experiences of my whole East African Trip. If you are not into trekking but want to see the Gorillas, I would suggest doing the Dian Fossey Tomb hike which is relatively easier than Mount Bisoke trek and the chances of seeing the Gorillas are same. There are also other treks/hikes available at Volcanoes National Park including the visit to Musanze Caves. After my trek, I took a day rest before entering into Uganda via Cyanika border post. I was checked for fever (see Ebola) before entering Uganda. The crossing was pretty smooth as there were literally only 2 people crossing the border with me at that time.

I spend 2 weeks in Rwanda. Traveled to four cities/towns. Rwanda is a small country but a bit expensive as compared to its neighbouring countries. I had a great time in Rwanda. Local people are really welcoming and helpful. I never felt unsafe during my travels in Rwanda. Since it was my first time traveling in Africa I was bit sceptical but Rwanda was the perfect starting point for me to delve into the African culture and be ready for the upcoming travels in Uganda and Kenya. Other places of interests I missed in Rwanda are Akagera National Park, Gishwati-Mukura National Park, Lake Burera, Lake Ruhondo.

Accommodation: I used Bookingdotcom & Couchsurfing. You can find decent place for $10 or so per night. 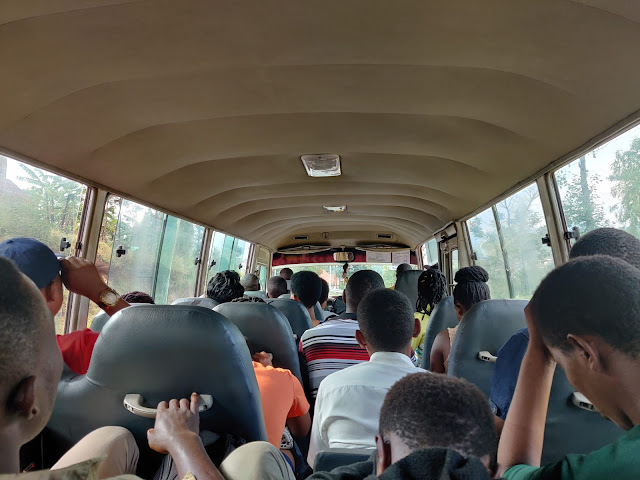 Transportation: There is no train network in Rwanda. There are three modes of road transportation in Rwanda: Moto taxis, Matatus(Shared Mini Bus) and Buses. Moto(Motorcycle) taxis are used to travel within a city. Matatus and Buses are used for intercity connections. All major cities/towns have airports.
Currency: Rwandan Franc (RWF) is the local currency. USD is widely accepted for currency exchange. It’s best to carry USD while traveling in the country. At the time of my visit, 1 USD = 925 RWF.
Sim Card: I bought the MTN sim card as many local people recommended me this mobile network and it did not disappoint.
Food: Ugali and Matoke are the most common local dishes. Ugali is a paste made of Maize and Matoke is made from baked or steamed cooking bananas. To be honest, local food is an acquired taste. Indian and continental food are widely available. Supermarkets are not cheap since most items are imported.
Languages: French, English and Kinyarwanda. Kinyarwanda is the local language of Rwanda. Older generation understands French since Rwanda was colonised by Belgium. The country moved on to English after 1994. So, young people understand English. The language will not be a barrier while traveling to Rwanda as most people speak little or decent English.
Visa: I bought an East African visa for $100 which allowed me to travel to three countries i.e. Rwanda, Uganda and Kenya with 90 days validity and multiple entries. It can be bought/applied online and on-arrival. 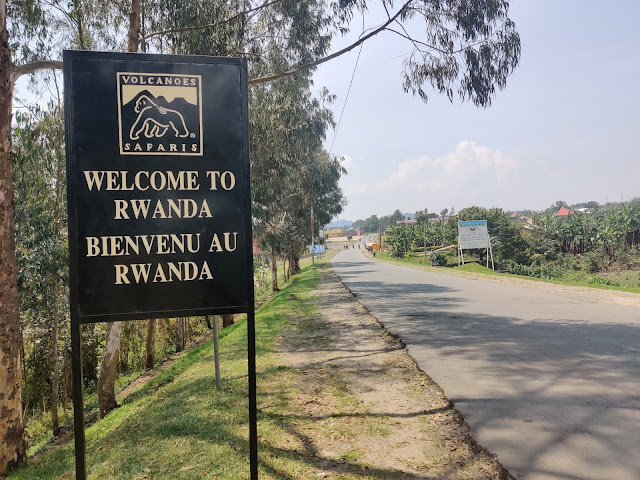 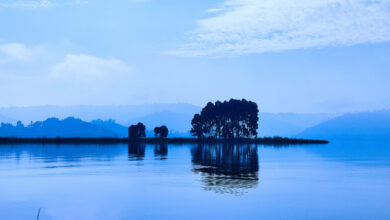 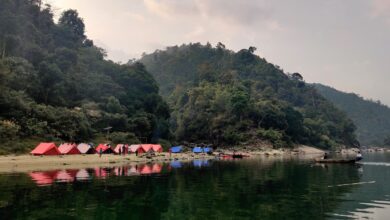 Must Visit Places In Meghalaya: Cherrapunji and Shnongpdeng 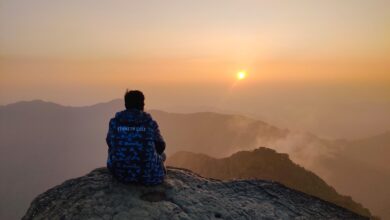 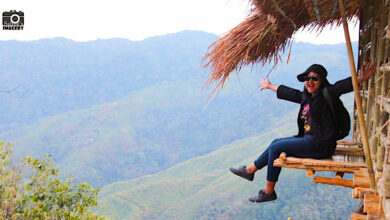