It took me 28 Hours to reach USA from India. So, I thought let’s write a post about reaching America. An alternate title of this post could be “A Day Up In The Air”:) After my US Visa was approved, I planned my USA itinerary which included LA, Utah & NYC.

I reached home from the office just in time. I hurriedly get ready and inspect my packed luggage. I was all set to leave for the airport when I received a call from USA 🙂 Well, It was an Airbnb customer care executive calling in regards to my query. The guy on the phone were having some difficulty understanding my thick Indian accent. I completed the call and catch a cab. Before my USA trip, I was happy about the fact that on this trip I won’t be having a language problem since its USA but little did I know then that how wrong I was! 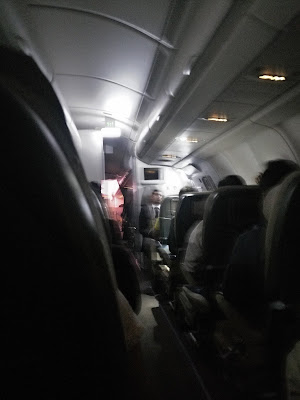 I hate air travel. Congested Sitting, Claustrophobic feeling, Aloof People (Never had a good conversation with a co-passenger), Buzzing ears, Bored air hostesses most of the times, Snoring sound surrounds you, can’t sleep and can’t stay awake. Argh! Worst part about traveling for me is air travel. If its possible, I would travel around the world via train! My Air travel to USA was no different but still I find ample anecdotes since the Journey was soooooo long and it’s America!

I reached airport and the long line of questioning begins starting from Swiss Air counter in Mumbai ending with Immigration check at Los Angeles Airport. One thing I learnt from my solo travels is If you’re traveling solo, be ready to answer umpteen questions. The guy at the Swiss Air counter were asking questions as if he is a immigration officer. I was irritated to say the least. At the immigration check, the immigration officer just couldn’t comprehend what is Sundance Film Festival and had to check with his senior. I reached Zurich Airport and waited 6 Hours for the connecting flight. Before boarding the connecting flight to LAX, I was questioned by an airline staff about my intentions of visiting USA which was like a trailer before the feature film. I boarded my longest flight till date clocking above 12 Hours which I covered mostly by half-sleeping while listening to the guy furiously typing words on his laptop. Yes, I can’t sleep on plane. At best I can half-sleep. Half-sleep is a phenomenon in which you can’t tell whether a person is sleeping or not 😉 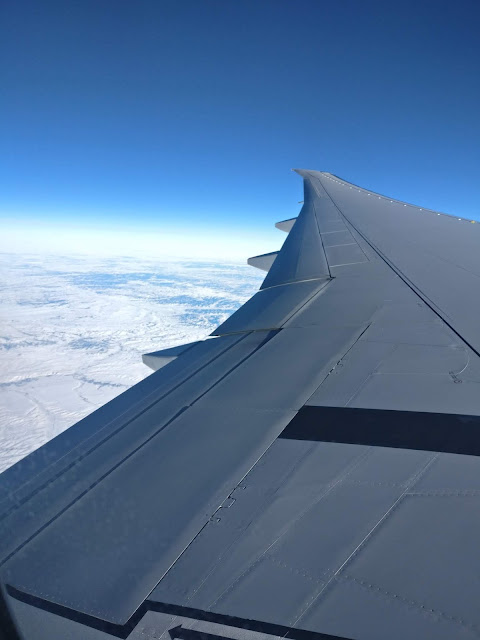 After more than 12 hours and overlapping several time zones, our flight finally landed at LAX. I was beyond tired. All I wanted to do is to just lay down after 28 Hours Journey. I was one the last persons to leave the aircraft. All the empty seats were compelling me to just lay down on them and sleep indefinitely. I somehow made my way out of the aircraft.

When I reached at the immigration check, My half closed eyes opened completely after seeing the huge immigration line. I thought to myself “This Is America: The Land Of Immigrants.” While in line, I met a ground staff originally from Pakistan. We chatted for a while and it helped me to regain my energy. After more than an hour, I reached the immigration desk and the long line of questioning (the feature film;) begins!

I repeated my sentence again but still he was unable to understand the word “Sundance”. After repeating the word twice, He finally understood and himself repeated the word thrice in a thick American accent.  Remember I told you how wrong I was. It was just a beginning 😉 Most of the questions from the visa interview were repeated and I answered them again while trying hard to maintain a neutral accent. At the end, I scanned my fingerprints but the scanner couldn’t read my fingerprints. I wiped my fingers and the scanner with my handkerchief and did it again. It worked and he remarked “You’re sweating.” And mouths the dialogue which can straight goes to Top 100 Movie Quotes. It goes like “Sometimes, Truth is harder to tell than a lie.” followed by “Welcome To United States.” I smiled and thanked him. I was not nervous, just really really tired but sure if that works for him. 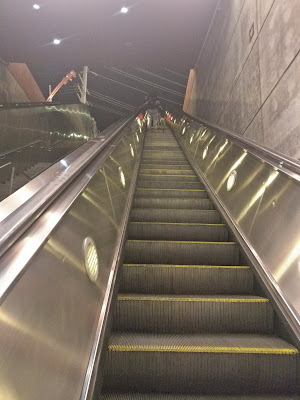 HOLLYWOOD FILMS AND LOS ANGELES
I stepped out of the airport and look around and told to myself “Welcome To United States.” I go straight to the bus stop to catch a Flyaway bus to Union station. I settled on my seat, way better than the plane’s seat. Just when I was about to sleep, a thunderous voice jolted me. I opened my eyes to see the bus driver, an African American lady, she was enthusiastically telling everyone that her job is to make sure of everyone safety and will try to reach our destination in good time. Her words filled some kind of energy in me and I did not slept a wink during our one hour plus ride. During the ride I was thinking about the umpteen Hollywood films I saw set in Los Angeles as our bus navigates through the traffic. Highways reminded me of the LA LA LAND’s opening sequence. Once the city’s skyline begins, I don’t know why but I was transported back to 70s Hollywood films. Finally, we reached our destination and I almost forgot my luggage. I bought a ticket at Union station and rolled my heavy suitcase. Before the platform, I was greeted by a police officer who nodded his head and said “Good Evening.” I smiled and replied the same. This was the first time I spoke to a LAPD cop in real life after watching them in numerous Hollywood films. As you can deduce by now, I included  LA in my U.S. itinerary because I’m a huge cinpehile.

LA Metro is a joke if you compare it with Mumbai Rail Network or any other efficient metro/train network. The platform was almost empty. Finally, I reached my desired metro station. From the station I pushed/rolled/carry my suitcase to my host’s place for like 25 minutes. During my suitcase rolling journey, I heard the F word for the first time in USA. The girl was on the phone and shouting on someone (maybe her boyfriend) while using a lot of F words. It left a smile on my face which remained till I reach my destination. I was thinking about the first time when I was introduced to the F word after watching the Hollywood film in my childhood and how it got stuck in my head for many days. Till then I have seen USA through Hollywood films only. It was a surreal phase for me to come to the terms that I’m in fact in America and not watching any Hollywood film Or I was aware that I’m in America and drawing parallels to Hollywood films and having a surreal feeling. In case you’re wondering, No, I did not stayed in Hollywood!

I reached my host’s place. He seems to be in a hurry and I couldn’t care less since all I wanted to do was Sleep Sleep Sleep.  He quickly gave me a tour of his place and bid adieu. I entered my room and pushed my luggage aside and removed my shoes and throw myself on the bed and slept straight for 12+ Hours.

Things To Do In New York City: 4 Days Itinerary

A Guide To The U.S. Visa: The Beginning Of My USA Trip