Taking a break from the Colombian series and Latin America, I am writing about the memorable experiences I had very recently in my home country India. So, I returned back to India in February 2021 after one year of travel in Latin America. I wanted to explore the Himalayan circuit in India. So I decided to start with not so hard trek and found out about the Deoriatal Chandrashila Trek in the Garhwal region of Uttarakhand, India. I did the trek by myself in 3 days. My route was as follows: Haridwar-Sari Village- Deoriatal Lake- Chopta- Tungnath Temple- Chandrashila Peak. The views I saw was truly spellbinding as I was lucky to witness the snowfall in the month of April. Read on: 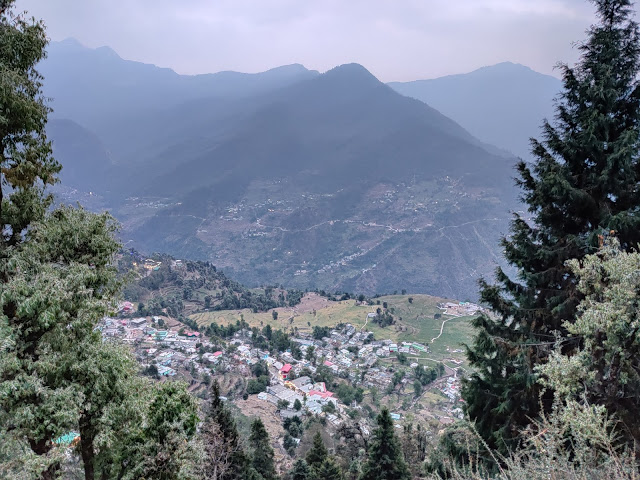 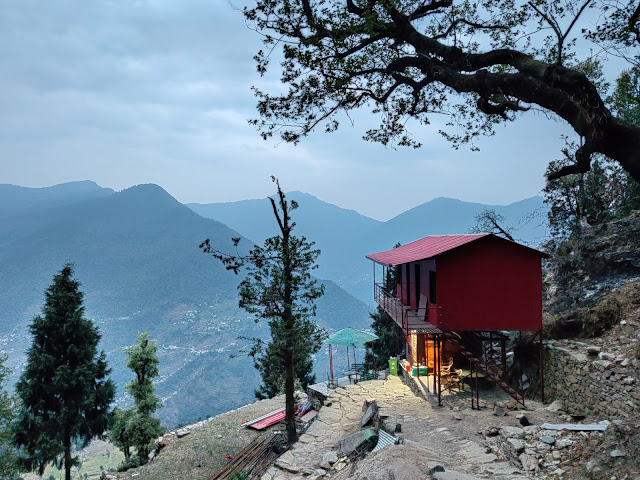 The trek starts from Sari Village. To reach sari village I took an early morning bus at 5 am near Haridwar bus station. There is only one Government operated bus from Haridwar Railway Station for Ukhimath which I unfortunately missed. I took a private bus near Haridwar bus station which was going to Gaurikund. It was approx. 9-10 hours journey and cost INR 350/-. The road to Ukhimath is hilly and narrow. There is a possibility of delay in case of traffic jam and coordination. The bus dropped me at Kund. From there I took a sharing taxi (INR 20/-) to reach Ukhimath. It was 20 minutes drive. Do remember to withdraw the money in Ukhimath as there’s no ATM in Sari Village and Chopta. At Ukhimath, you can visit the famous Omkareshwar Temple. From Ukhimath, I took an evening bus at 5 pm to reach Sari Village. It cost me INR 30/- and took approx. 45 minutes to reach Sari Village. On the bus, I met several fellow trekkers who were doing the trek with different trekking companies. They were surprised to see me doing it solo. They were staying at Sari Village during the night as organised by their respective trekking companies. I decided to go straight to Deoriatal Lake. It took me a little more than an hour to reach the camping area near Deoriatal lake. It is a clear path made of brick stairs. You will find a couple of tea & snacks shacks and a temple on the way to Deoriatal. There are many camping options to stay near Deoriatal Lake. If you like, you can bring your own camping gear and do it for free. I paid 600/- INR including breakfast which is not a normal price. I negotiated it down since I was traveling solo. My tent has a big double bed with plenty of blankets. It was a comfortable stay. I wanted to visit Deoriatal Lake at night but untimely rains ruined my plan. After waiting for some time, I went to bed and was fast asleep. 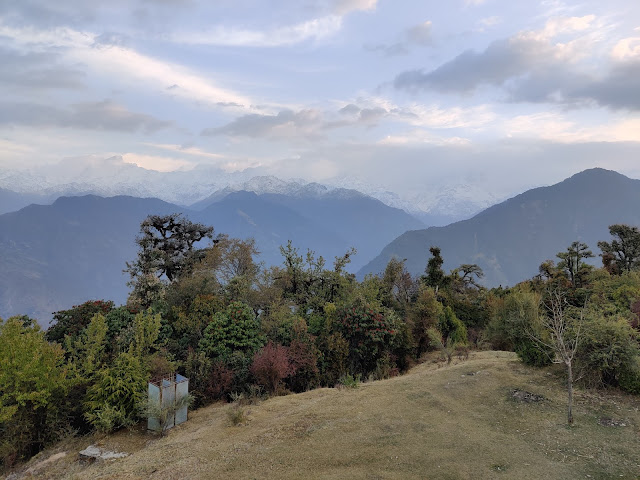 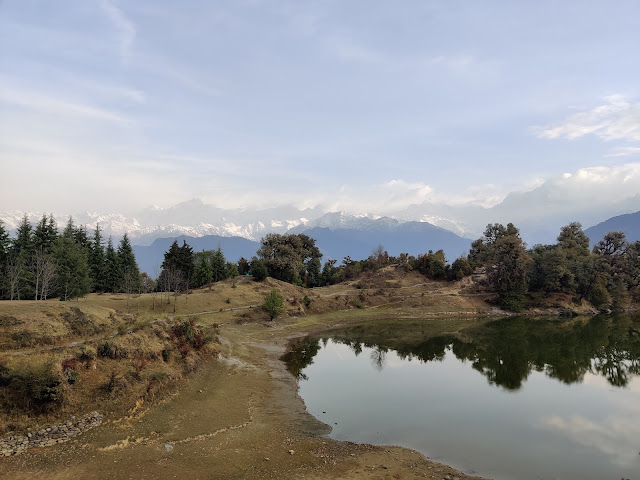 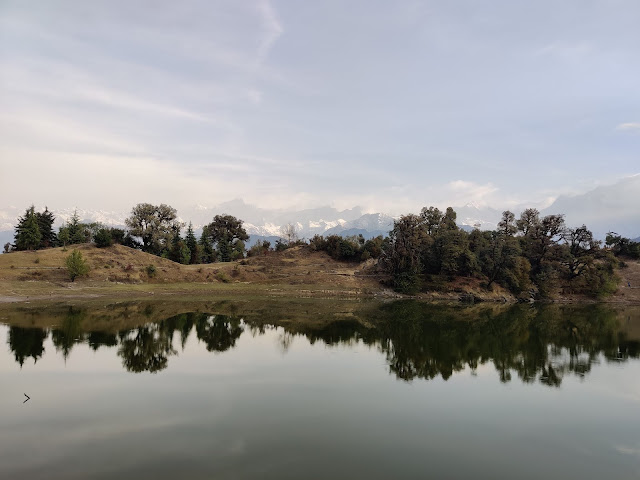 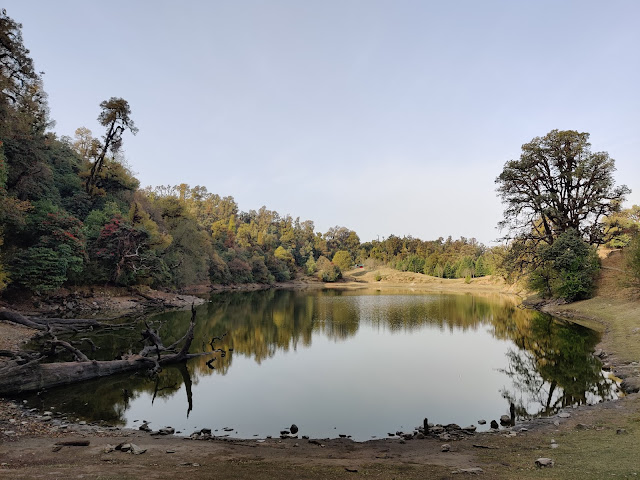 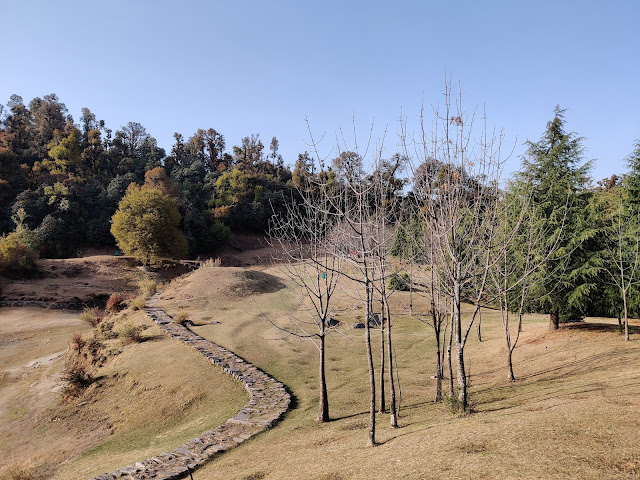 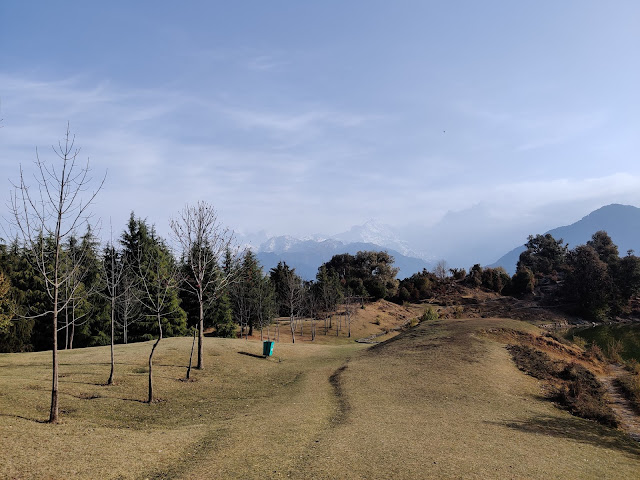 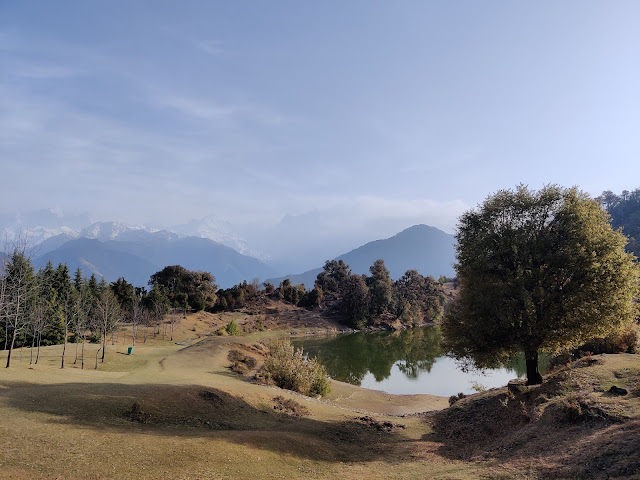 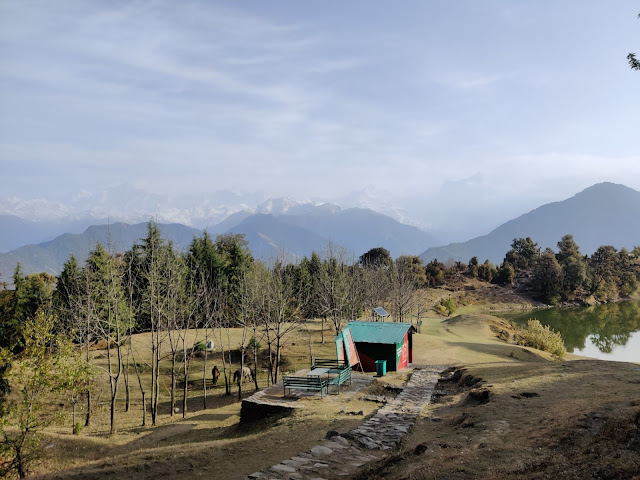 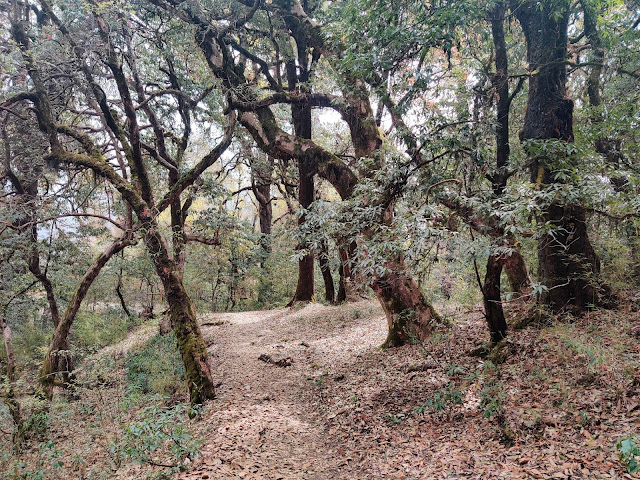 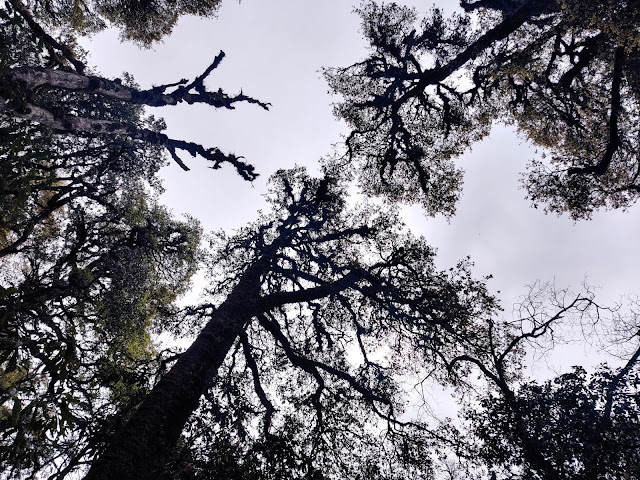 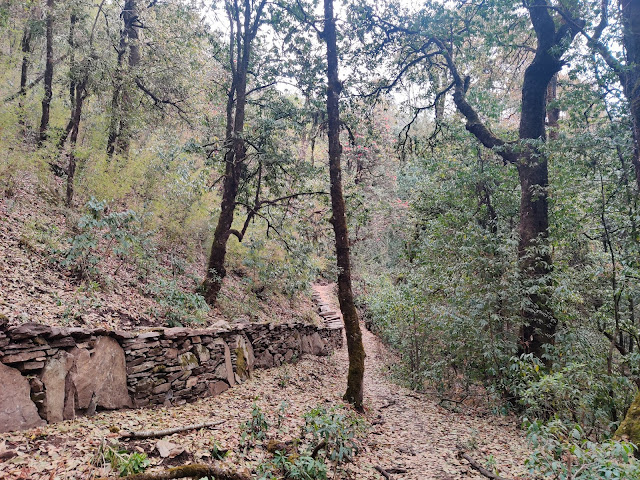 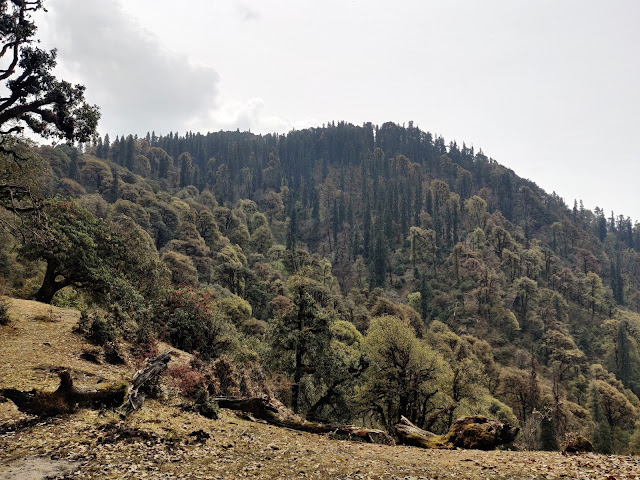 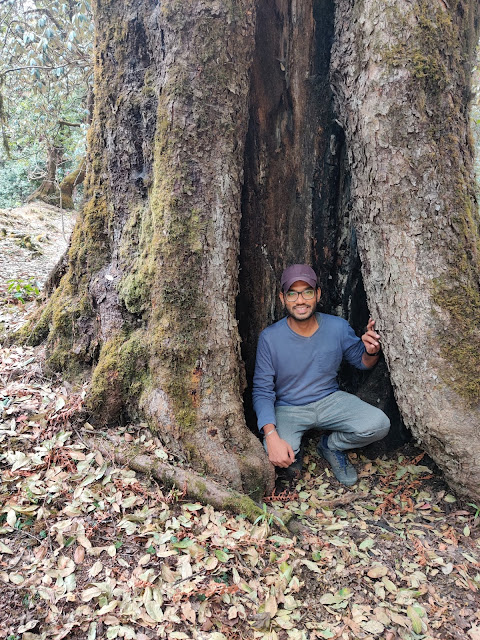 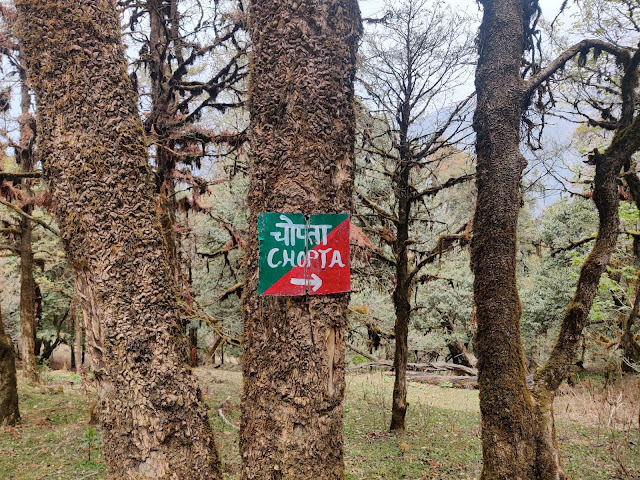 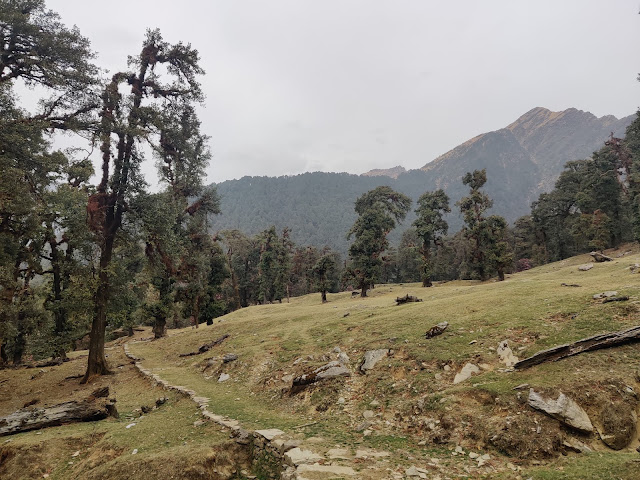 I woke up to find a sunny day. I went straight to the Deoriatal Lake. The lake is situated at an altitude of approx. 8000 ft. It is located in lush green surroundings which is part of Kedarnath Musk Deer Sanctuary. The view of Deoriatal Lake is simply majestic with the backdrop of several snow-covered mountains including the mighty Chaukhamba. The reflection of mountains and the surroundings in the Deortal Lake is a sight to behold. I circled the lake and truly enjoyed my walk. I started my walk by climbing the viewpoint structure to had a panoramic view of mountains followed by my daily morning meditation session. There’s something really magical about meditating in the middle of nature. I saw several different kinds of birds during my walk including the national bird of Uttarakhand i.e. Monal. There’s a post office that works like an ATM for locals. I sat at the lake for some time before heading back to my camp. After having my breakfast, I decided to trek to Chopta on the same day. I decided to hire the local guide Mr Negi (His number is 6397623655) since the way to Chopta can be confusing. My plan was to follow the groups who were heading to Chopta but they left while I was exploring the lake. I left much later at around 9.30 am. I negotiated the price at 1000/- INR but till 4 Km before Chopta. The whole trek is 15-16 Km long. I needed some kind of adventure as going with a guide till Chopta was kinda boring for me haha and also to accommodate the price into my budget. On the way, we passed through all the people who left before us. Mr Negi entertained me with the local legends and we talk about the lifestyle of the Sari Village people. Deoriatal Lake is associated with the Mahabharata tale by locals. During the winter season, sometimes it becomes really difficult to do this trek as the whole path is filled with excessive snow. We came across mixed forests of oaks, pines and rhododendrons. After passing the Rohini Bugyal(Meadow), we reached the last board that says “Chopta” and there my guide leaves me with detailed instructions. I came across a small bridge with a stream of water flowing under it followed by a rocky path as told by my guide. I did the rest of the trek alone without any difficulties.  Now that I have completed the trek, I advise you to take a guide or follow a group if you are doing it solo because the path gets confusing in the middle but it is not so difficult to do this trek with a few patches of a steep climb. It took me around 7 hrs to do it with a couple of stopovers. After reaching Chopta, I checked into my room and planned to leave really early in the morning for the last leg of the trek. I paid 900/- INR for two nights after the usual negotiation. 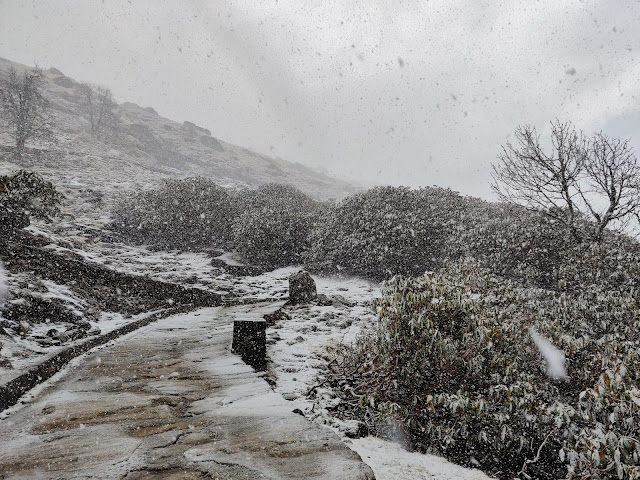 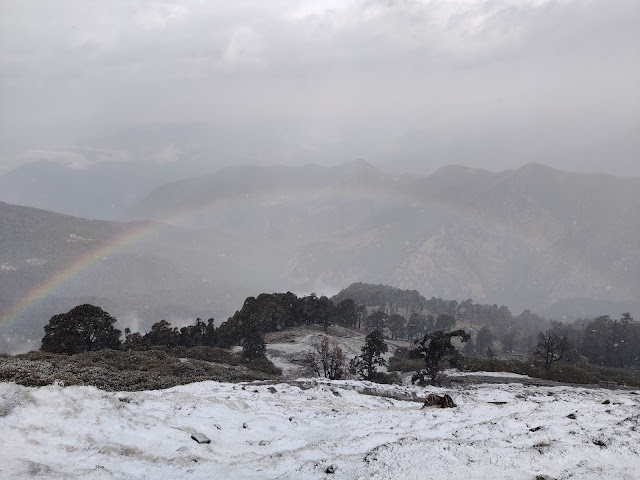 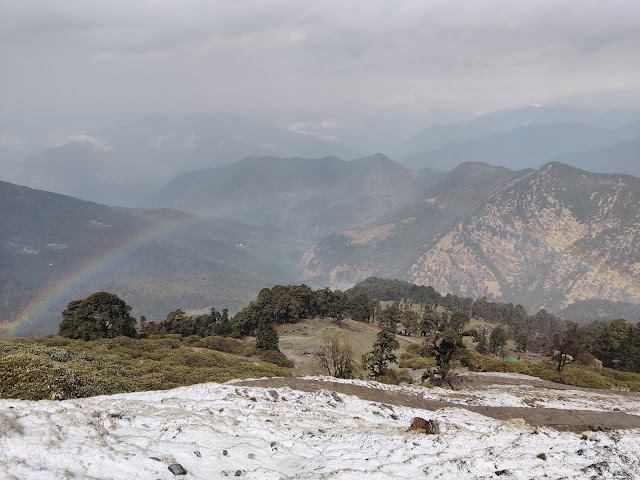 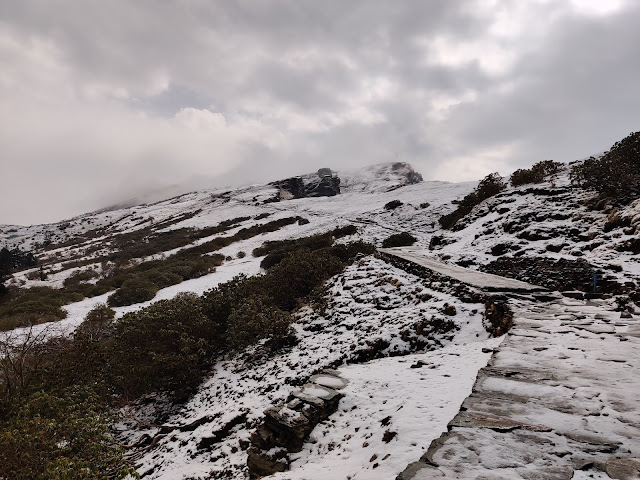 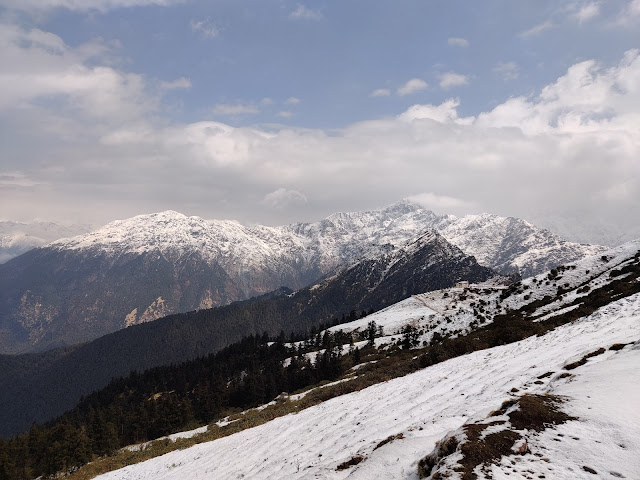 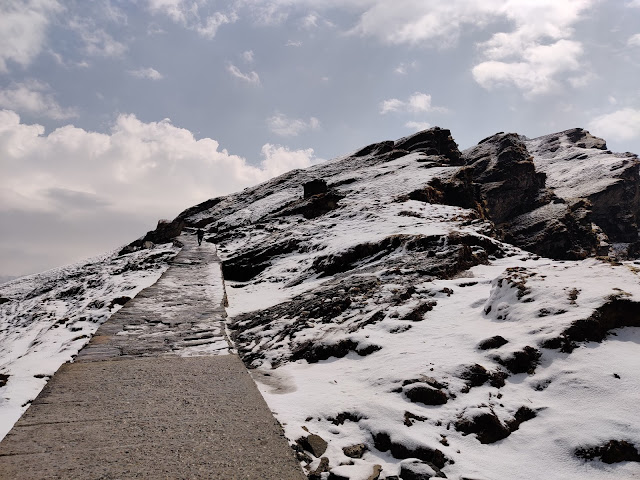 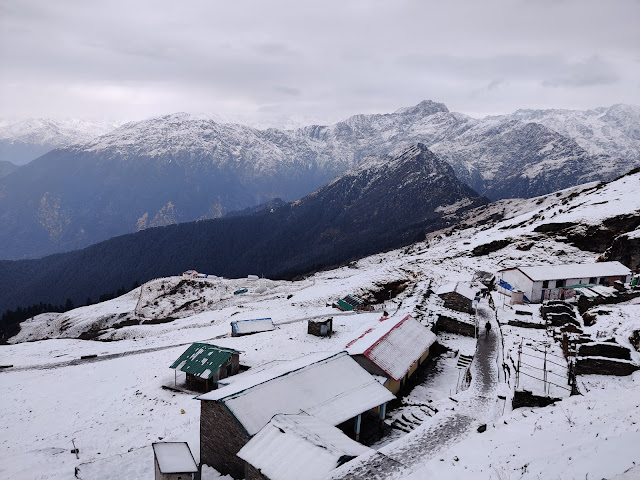 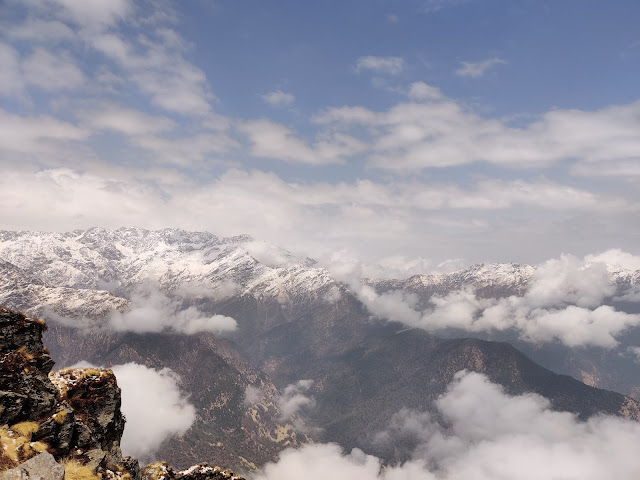 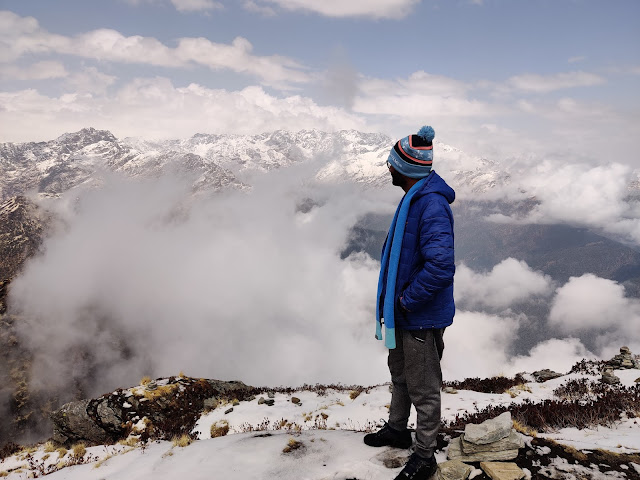 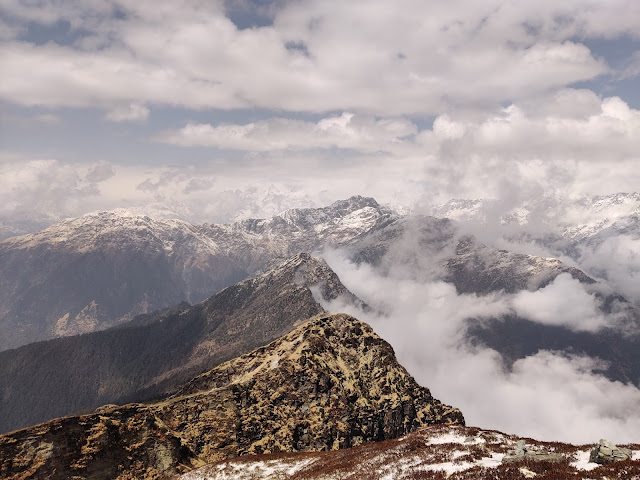 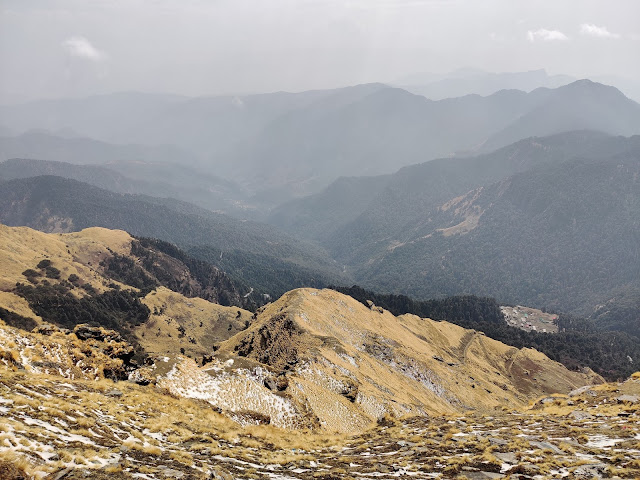 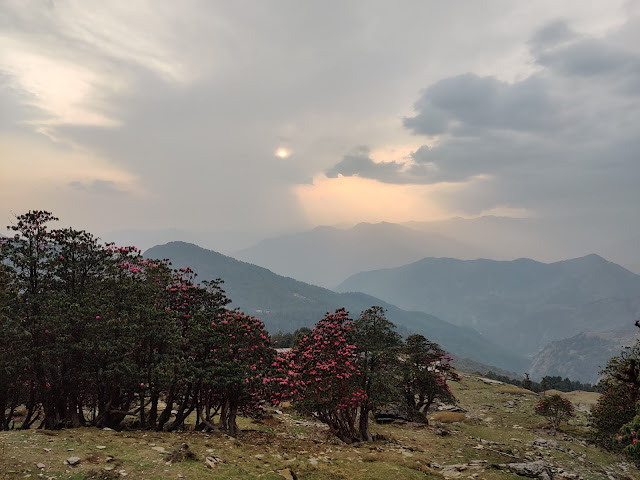 I woke up at 4.30 am to find out it was raining heavily with snowballs. I went back to sleep and woke up again after a couple of hours while it continues raining. Finally, the weather got clear and I started the trek at 8.30 am. After walking for 30 minutes, it started raining again and I took shelter at a tea & snacks shack. It was freezing cold. While waiting and sipping tea, I suddenly saw snowflakes and soon it starts to snow heavily. It was my first time experiencing snowfall in India. It reminds me of my first snowfall experience in the USA. I continued my ascend in the snowfall which was really fun and then I saw one of the best views of my life. A truly magical moment. The sun was out while it continues to snow and I saw a clear rainbow forming with the backdrop of mountains. What a spectacular view it was! After some time, it stopped snowing. After an hour and a half or so, I reached Tungnath temple. It was closed during my visit and will be opening soon in the month of April as per the locals. It is one of the highest Shiva temples in the world. I continued my journey to Chandrashila peak. It was a bit tricky to walk on the snow but I was enjoying the process of learning and improving along the way. I met trekkers from different parts of India on the way. Finally, I reached the summit of Chandrashila peak after more than 3 hrs in total. Chandrashila peak is located at an altitude of around 13000 ft. The peak provides stunning views of the mighty Himalayas. I spent a couple of hours at the peak absorbing the stunning views around me. Sun was out and the weather improved significantly. While ascending, almost all the snow was melted. I was lucky to do the trek on that particular day as it was the perfect day. A special shoutout to the dogs there. Sounds weird haha but they are one of the friendliest dogs I have met. After reaching Chopta, I went to have a cup of tea at Cafe Moksha. An awesome bunch of people runs this place. We had some really interesting conversations/anecdotes about trekking experiences. The next day, I left Chopta for Joshimath. More about that in my next post. For those looking to return back from Chopta to Ukhimath. The sharing taxis/buses are available in tourist season and April is not one of them. So you need to hitchhike or hire a special taxi to reach Ukhimath. Another extreme option is to trek back to Sari Village and then take public transport for Ukhimath. It was my first Himalayan trek but definitely not the last. Stay Tuned!

Ironically, the trek would be cheaper if done by two people together as the cost will be shared but going via trekking companies is not at all necessary. It is a perfect first Himalayan trek!