Continuing from my previous post. After Goa, I traveled to Kerala. It was my second time in South India. I have explored Karnataka a couple of years ago. I spent about 3 weeks in Kerala. Apart from doing Silent 10-day Vipassana Meditation Course in Kerala, I traveled to 4 places in Kerala and each one of them has something totally different to offer from Forests, Mountains, Beaches, Backwaters. Thanks to its wealth of natural beauty, Kerala is known as God’s own country. These 4 places should be on your list while planning a trip to Kerala. So here’s the 4 Must visit places in Kerala. 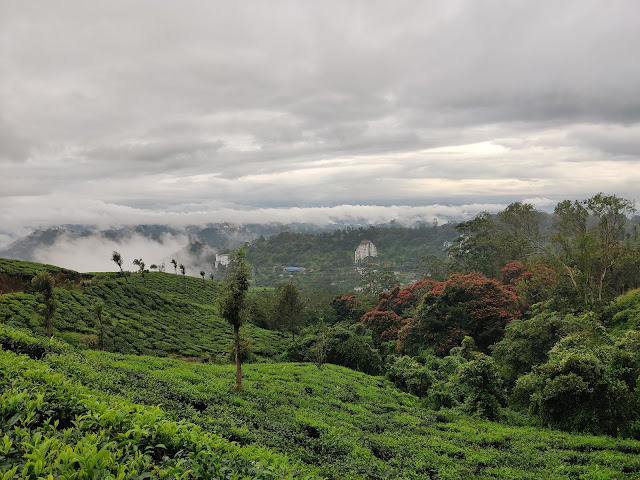 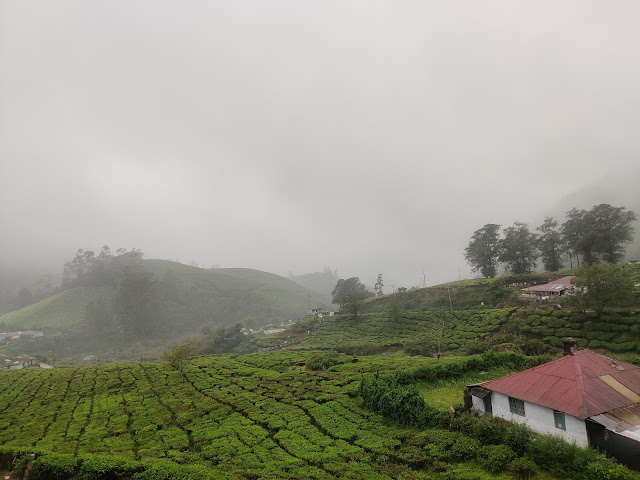 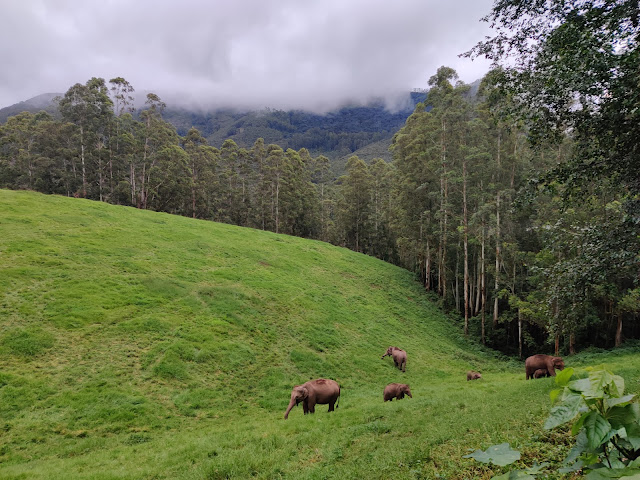 MUST VISIT PLACES IN KERALA: MUNNAR

I took an overnight train from Madgaon in Goa to Ernakulam, Kochi in Kerala. Do visit Fort Kochi in Ernakulam district. It is a beautiful fishing village. I skipped it though due to time constraints. From Ernakulam, I took a local bus for Munnar. It was about 4 hours long ride with numerous stops. Munnar is a famous hill station in Kerala. It is synonymous with tea plantations. Loved walking through tea plantations and sipping piping hot Munnar tea. At Munnar, I really enjoyed eating at bakeries for breakfast. So many options and one is better than the other. Munnar is also dubbed as Kashmir of South. To experience the same, head to Top Station. It takes 90 mins to reach the Top Station viewpoint from Munnar. Top Station technically lies in the state of Tamil Nadu. On the way, I experienced stunning views of tea plantations, lakes, elephants. If you have less time, I recommend you do not miss this stretch to know why Munnar is known as Kashmir of the South. My favourite spot has to be Top Station View Point. It is a really touristic place. To get away from the crowd, take a walk down the hill for the mesmerising view of Meesapulimala Peak. It is the second-highest peak of the Western Ghats. The views are just jaw-dropping. The highest peak in India outside the Himalayas is Anamudi Peak. Group trek expeditions to Anamudi Peak runs from Munnar. Watching elephants on the roadside was really cool experience. It reminds me of the Masai Mara Safari I did in Kenya. Look for the “Elephant Crossing” signboard while driving as sometimes elephants cross the road. Other places of interest in Munnar are Eravikulam National Park, Lakkam Waterfall, Tea Museum, Rose Garden. I stayed at Meencut. 15 minutes drive from Munnar. 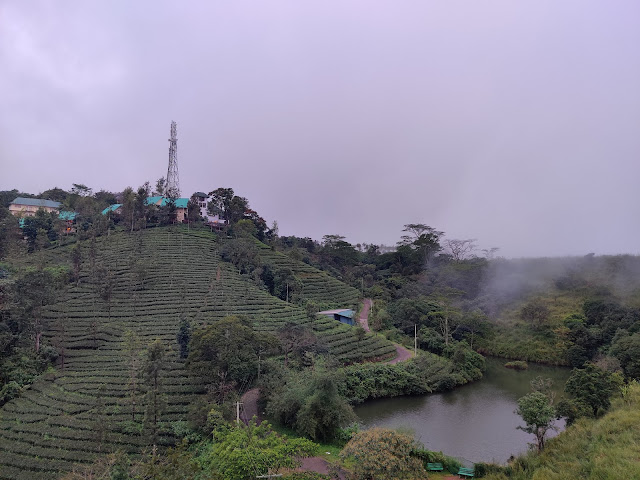 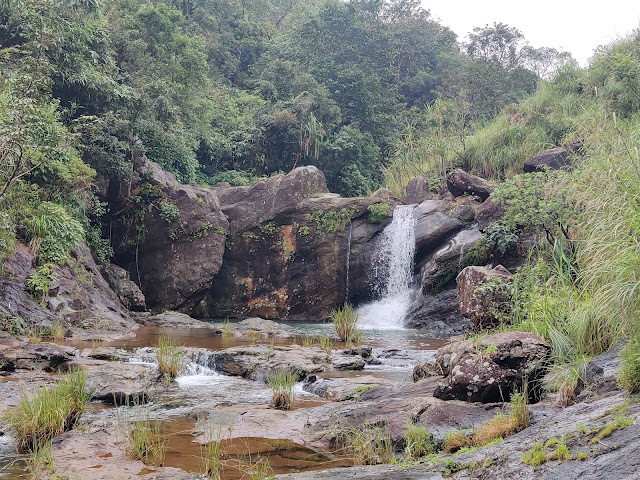 MUST VISIT PLACES IN KERALA: VAGAMON

After Munnar, I traveled to Vagamon. Reaching Vagamon was an adventure in itself. I zigzagged my way to Vagamon by public transport and Hitchhiking. I left Munnar in the morning and reached Vagamon just before the sunset. Just my luck, during my 2 nights stay in Vagamon, It rained heavily and non-stop. So it limits my exploration. Vagamon is a smaller hill station and less touristic version of Munnar. Tea plantations are similar between these two towns. The one place that you cannot miss in Vagamon is the Vagamon Infinity Pool (Check on Google Maps). A beautiful forest trail takes you there. There is a small natural pool that flows into a big waterfall and that forms another bigger natural pool. I chilled for an hour in the small natural pool with beautiful views. Paragliding is another famous activity to do in Vagamon. Places to visit in Vagamon are Pine Forest, Vagamon Meadows, Mooppanpara (Suicide Point), Moonmala & Kurisumala hikes. 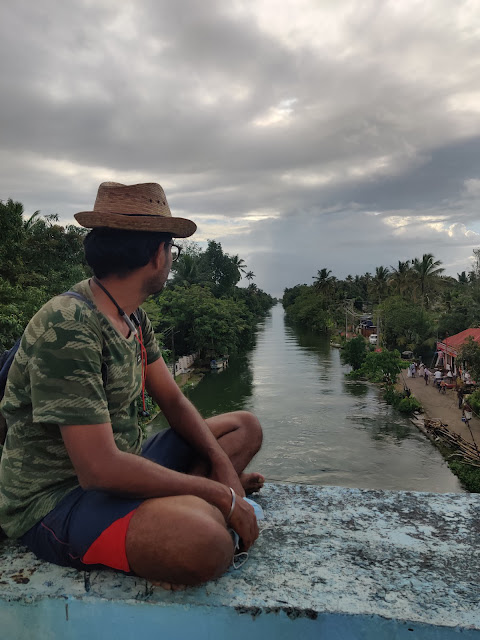 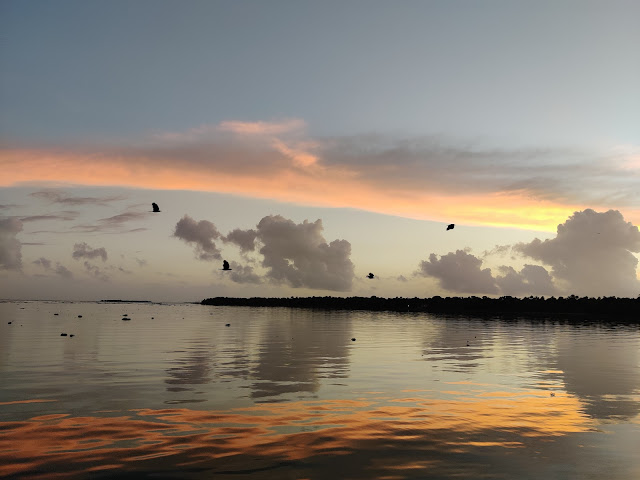 MUST VISIT PLACES IN KERALA: ALLEPPEY OR ALAPPUZHA

My next destination was Alleppey after Vagamon. I stayed near the beach in Alleppey. It is famous for its backwaters. Alleppey backwaters are spread over 300 sq km. Most people hire houseboats to explore the backwaters of Alleppey but I decided to go another way 🙂 So I explored the backwaters by public transport. Yup! The government-run ferries take you to different parts of the backwaters. It is the best and cheapest way if you are a solo traveler. I explored several backwaters villages i.e. Kainakary, Kumarakom, Nedumudy, Malarikkal. Just get down where you feel like and explore the surroundings by walking. Take another ferry from another ferry stop when you get tired. There are many ferry stops and the frequency of ferries are good if not great. I did Canoeing, hitchhiked and swam in the backwaters. Witnessed beautiful Lotus field in Malarikkal. Loved the experience. Apart from houseboats, Canoeing and public ferries, you can take a ride in a shikara boat or try Kayaking. When in Alleppey, do not miss eating at Arya Bhavan restaurant especially if you are a vegetarian. Apart from backwaters, Places of interest in Alleppey are Alappuzha Beach, Alappuzha Lighthouse, Revi Memorial Museum, Mullakkal temple. 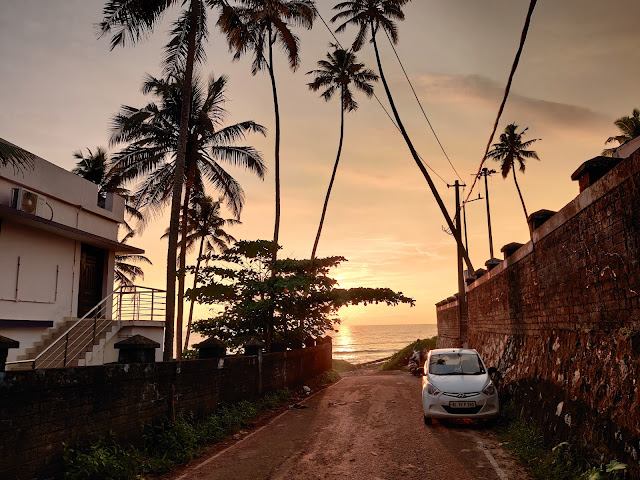 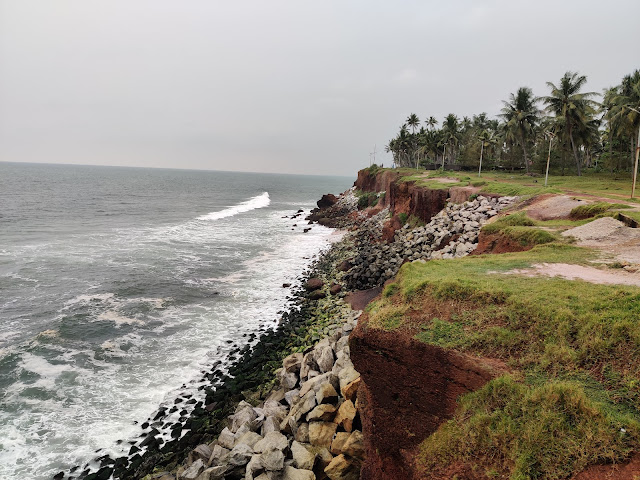 MUST VISIT PLACES IN KERALA: VARKALA

The last stop on my Kerala trip was Varkala. A beautiful and quaint beach town. Varkala is one of those places I would like to revisit. After my Silent 10-Day Vipassana Meditation course, I traveled to Varkala. I was maybe not in the right mind-frame to explore it extensively as I would like to do. Varkala is the only town in Kerala where cliffs are found adjacent to the Arabian Sea. There are many shops, resorts, restaurants situated on the North and South Cliffs of Varkala and it is what makes it a unique destination. I really enjoyed exploring Varkala by walk. There are cosy labyrinth lanes, Varkala cliff paths, brick boardwalks along the beach. There’s so much to do in and around Varkala. Let’s start with the around the part. Jatayu Earth’s Centre (30 Km from Varkala), Munroe Island (45 Km from Varkala), Ponnumthuruthu Island also known as Golden Island (10 Km from Varkala), Kappil beach (7 km from Varkala). Places of interest in Varkala are Varkala Aquarium, Varkala beach, Varkala Cliffs , Sree Janardana Swami Temple, Perumkulam beach, Edava beach. I stayed near Varkala Aquarium in the North cliff area. Two walks I loved in Varkala was walking towards Kappil beach and to Sree Janardana Swami Temple from Varkala Aquarium. Such beautiful walks. Varkala is also known for surfing. Do try the food at Kalyani’s Kitchen in North Cliff.
Free Download WordPress Themes
Download WordPress Themes Free
Download WordPress Themes Free
Download Premium WordPress Themes Free
lynda course free download
download karbonn firmware
Download WordPress Themes
free download udemy paid course
Tags
india Kerala South India
Show More