In my seventh post of Q & A Series with Locals, I interviewed Musa from Uganda. I met Musa via Couchsurfing in Kampala, Uganda. I stayed at his home for a couple of days. It was quite easily one of the best Couchsurfing experiences I ever have. He gave up his own bed to accommodate me. We had some really interesting and diverse conversations. Musa is a pure-hearted person with a beautiful mind. Thanks a lot for doing it, Musa. All the best for your future plans!

Q & A WITH MUSA FROM UGANDA

Please tell us about yourself.
Conventional wisdom suggests that people love talking good about themselves, sometimes what we say doesn’t best describe us, it is just a hint into our world… so often exaggerated! But hey I’m one of those people that prefer to let people describe me based on their experiences with or around me; I believe that’s the best description one can ever have of themselves. The following is true about me; so I believe Like most humans on earth, I have a name and my name is Musa Kayiwa, was born and raised in Kampala, Uganda. People say I have a good sense of humour, I get along with most people. I don’t easily get disturbed by downs of life. I love meeting and being around people. Camping, Swimming‍, cooking and travelling are my favourite hobbies, I’m an active scout and usually go to scout camps whenever I can. I’m an upcoming philanthropist and the founder of www.nestofjoy.org. My Philosophy in life is always look for the good in people after all none of us is perfect.

How many Countries/States have you visited so far?
I have visited some 12 countries. All of them are in Africa: South Africa, Botswana, Lesotho, Nigeria, DRC, Swaziland, Kenya, Rwanda, Tanzania, Zimbabwe, Zambia and Angola.

How would you describe people from Uganda?
Uganda is one of the most hospitable countries one can ever visit. The people are generally very kind, carefree and always put on a smile that sometimes masks daily life hustles like poverty. Uganda is also such a diverse country demographic wise with over 50 tribes. Baganda in Central Uganda is the largest tribe making up to 16% of the total population i.e. 42 million inhabitants as of 2018. The name Uganda, the Swahili term for Buganda, was adopted by British officials in 1884 when they established the Uganda Protectorate, centred in Buganda). Other dominant tribes include Basoga, Bagisu in the East, Lugbara, Acholi and Lango in the North and Banyankole, Bakiga in the West. The current president Yoweri Museveni hails from the West, former dictator Idi Amin was from a small lesser known tribe known as the Kakwa.

How would you describe Uganda?
Hailed as the “Pearl of Africa” by Winston Churchill, Uganda is a country of staggering natural beauty, a lush green land, whose stunning and diverse countryside supports incredible wildlife – lions, elephants, cape buffaloes, leopards, rhinoceros, and half of the world’s population of Mountain Gorillas and Chimpanzees. Uganda is a country with more than 50 tribes all crammed in 241,038 sq km. Uganda has basically two seasons, wet and dry, there’s no winter. It either rains or shines.

How to say some key phrases in local languages?
Below are some of the phrases in Luganda:

“Jambo” borrowed from Swahili is a quick “Hi” by someone in a hurry as they pass by.
“Uganda Zaabu” which means Uganda is gold.
“Mzungu” is the local word for a white person. It’s not an insult and you will be called by this more than your name has ever been called especially by local kids

Which is the best/essential local food to try in Uganda?
Uganda is gifted with a lot of unique and tasty food and fruits, don’t forget to try Nseenene (grasshoppers), Jackfruit and Matooke. Also, Don’t miss eating the famous street food “rolex” i.e. an omelette wrapped in a chapatti.

Which is the best/essential local drink to try in Uganda?
A Cup of pure Ugandan coffee! Coffee is Uganda’s top earning export crop. 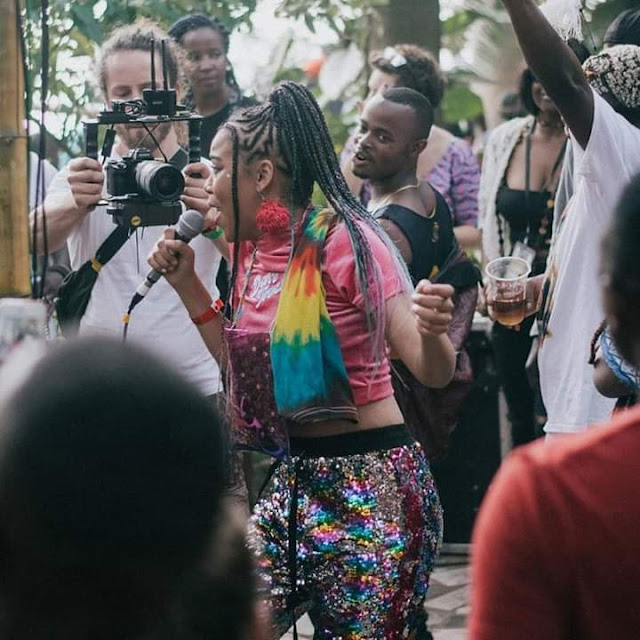 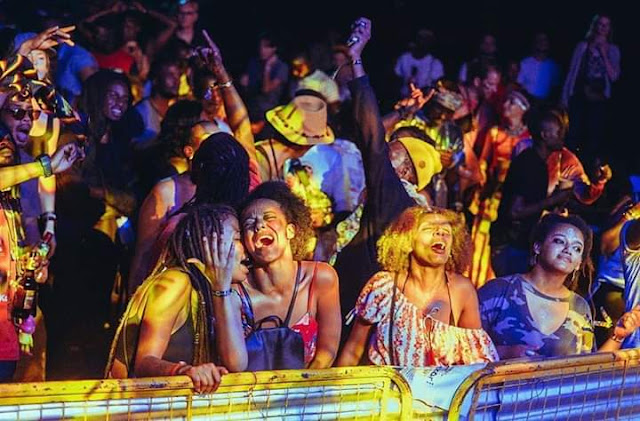 Which is the best/essential festival to attend in Uganda?
Nyege Nyege Festival. It is dubbed as The Biggest Electronic Music Festival in East Africa. It is generally held in the month of September at Jinja Town.

Which are the best cities/places to visit in Uganda? 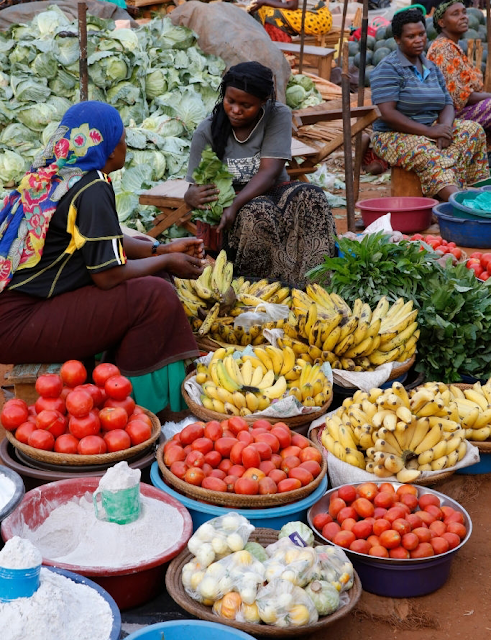 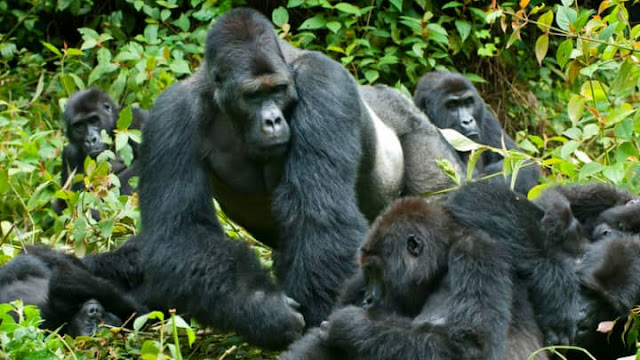 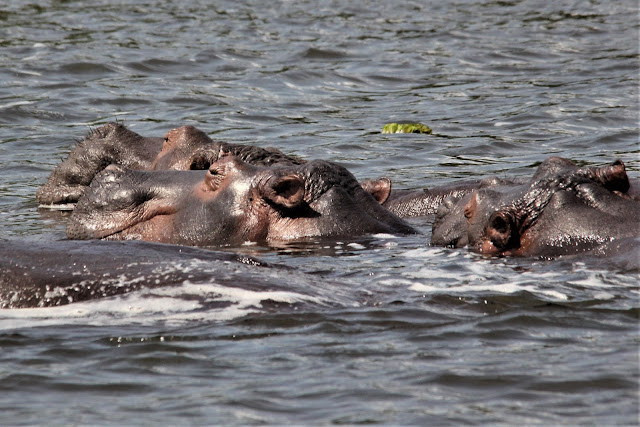 What are the landmarks and hidden gems of Uganda?

Gaddafi National Mosque:  Do make sure to climb to the top of the minaret as this will give you a 360-degree view of Kampala, the capital city of Uganda. The foundation for this project was laid by the late Ugandan president Idi Amin after securing support from Saudi Arabia but after he was overthrown, the project was stalled. It was completed in 2006 with funds from the late Libyan leader Col Muammar Gaddafi. It was officially opened by him in 2007 and subsequently named The Gaddafi National Mosque but in 2013, the mosque was renamed the National Mosque following the death of Libyan leader Col Muammar Gaddafi, as the new Libyan administration was reportedly reluctant to rehabilitate the mosque under the old name. The former name “The Gaddafi National Mosque” is still more commonly used than the new one though. It has a sitting capacity of 15,000 worshipers.

The Baha’i temple: It is one of the only seven Baha’i temples in the world and the only one in Africa. This temple belongs to Baha’i faith. It is a religion teaching the essential worth of all religions and the unity of all people.

Please share an Interesting trivia about Uganda?
The Equator lies in the Kayabwe Mpigi district. The spot is marked by a circular landmark along Masaka Road and was built during the regime of the late Idi Amin. Here you can place one foot in the Northern hemisphere and the other foot in the Southern hemisphere of the world. The Ugandan equator markers can also be found near Entebbe and just outside Queen Elizabeth National Park in Kasese district. Interesting facts about the Equator are You are 3% lighter along the Equator, The Earth is widest at the Equator, It’s warm along the Equator with little seasonal variation but humid weather means that equatorial regions are not the hottest in the world, Areas along the Equator have constant twelve hours of day and night throughout the year.

Take all of Sub-Sahara Africa and boil it down to its condensed version and you have Uganda.

Uganda is home to 11% of the birds found in the world – over 1060 recorded species of birds – making it the number one country in Africa for Birdwatching. Uganda is the most bio-diverse country in East Africa

What are the most popular stereotypes/cliches about Uganda?
Mention Uganda to someone when you visit their country and chances are they will respond with “Idi Amin” the late dictator overthrown in 1979. He is still the most known personality from Uganda even more than the current president of 34 yrs.

Which is the best time to visit Uganda?
January and February / June to September. The weather is perfect, dry season with little or no rainfall.

Are there any local customs a visitor should be sensitive to?
There are no local customs as such, especially for guests/tourists. Some things to know.
Uganda is going through a transition when it comes to gender roles; however, it is still a male dominant society. In most rural areas, women have to wear clothing that covers the legs. Showing too much leg can result in a woman being called the local word for “whore”.
When two people of the same sex are talking, touching is acceptable. It is common to touch the hands, arms, and shoulders.
Spending time in silence instead of striking a conversation is often times can be interpreted as being rude.
Men almost always wear long pants, even in the hottest weather; shorts are a sign of being a child. 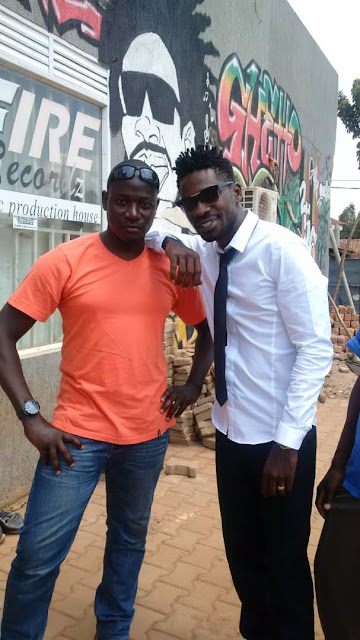 When I asked him to share an interesting picture of his. He chose the above one.

On this day August 22, 2016, I met Bobi Wine before he joined politics and became a famed politician. Today he is the most recognised politician in the Ugandan political scene as a leader of the “People Power Movement”: A resistance pressure group.