After Uzbekistan, In my second post of Q & A Series With Locals, I interviewed Gabit from Kazakhstan. I met Gabit in Astana, Kazakhstan. He hosted me in his apartment via Couchsurfing. Like me he is a big cinema buff. Apart from Cinema he love traveling and Football. We had some really interesting conversations ranging from Cinema, Cultures, India, Kazakhstan, USA, Asian and Western mentality, Exploring western countries as an Asian and so on. He is a thoughtful, helpful and friendly guy. Great guy to hangout with. My trip to Astana would have been ruined If he had not insisted me to have his Jacket, Cap and Muffler out of which I lost his Cap and Muffler. Sorry and Thank You, Gabit!

Q & A WITH GABIT FROM KAZAKHSTAN

Please tell us about yourself.

Hi, My name is Gabit. I’m from Kazakhstan. I was born in the city of Baikonur (Where the first Cosmodrome/Spaceport was ever build and Sputnik 1, the first artificial satellite, and Vostok 1, the first human spaceflight was launched into the space). I graduated from Moscow Aviation Institute with a major in applied mathematics. Currently, I’m living in Astana and working as a Business Analyst in IT sector.

How many countries have you visited so far?
So far I’ve been to Russia, United States, Finland, Norway, Sweden. Excluding Kazakhstan it’s 5 countries. Besides the fact that the city (Baikonur) I was born in geographically located in Kazakhstan but given on lease to Russia because of the cosmodrome till 2050, which means I’ve been living in two countries simultaneously and Russia is not really that foreign country for me. I have been to USA twice as an exchange student during summers and did summer jobs. Recently, I have solo traveled to Nordic countries i.e. Finland, Sweden and Norway. Can’t wait to complete my Nordic countries trip next year! I’m hoping to explore more of this beautiful world.

How would you describe your people?

We are hospitable, warm and freedom loving people. We are traditional in the matter of relationships and family values. From a foreigner’s perspective: Kazakhs are the people who look like Chinese but speak Russian and above that we’re mostly Muslims. A Paradox! 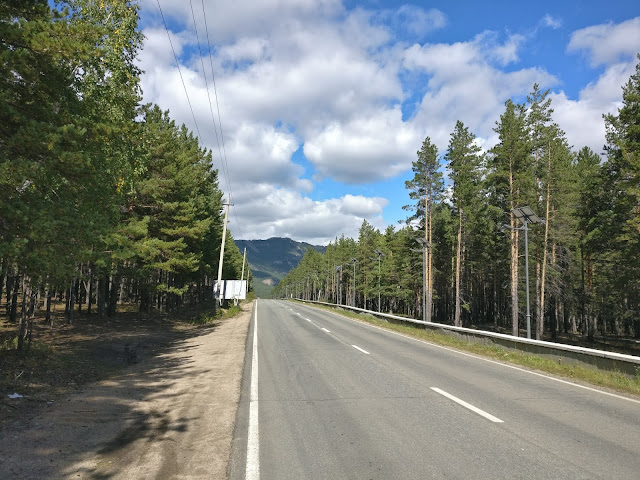 How would you describe your country?

90% of the territory is just a flat surface. Other 10% is the most beautiful parts of our country (lakes, mountains, canyons, forests).

How well does your country speak English on a scale to 1-10?

Average throughout the country would be 5 out of 10. Most people in cities will understand you but probably 6 out of 10 will be able to give you proper and clear answer. It would be wise to ask a younger people on streets for directions. In villages, ratio would be much lower. Very few people might be able to help you out with directions. Kazakh and Russian are widely spoken.

Which is the key phrase/word/expression that people in your country usually say?

Which is the best/essential local food to try in Kazakhstan?

Definitely Besbarmaq (Meat mixed with Noodles, Spices and Sauce) and Kazy (Salty Horse meat).
You also might want to try kuyrdak and some other foods of Central Asia such as lagman, plov, manty.

Which is the best/essential local drink to try in Kazakhstan?
Kumis is a fermented dairy product made out of Mare’s milk. Sorpa is kinda like a soup that goes with besbarmaq. Ayran is salty milk-based beverage.

Which is the best/essential festival to attend in Kazakhstan?
Nauryz(Navruz) falls between 21st-23rd of March. It is basically a New Year when the day equals the night. You will observe all the cultural things and events. It’s been celebrated long before the Islamic expansion and still is one of the biggest events in Kazakhstan.

Which sport are you guys crazy about?
We are good in wrestling, boxing, kokpar (kok boru). We love football but we are not very successful in it.

Kazakhstan is a huge country in the terms of area (9th in the World) located in the centre of Eurasia bordering the two powerful nations i.e. Russia and China.
Our country is rich with oil, uranium, gas but with very poor resources management that leads to classic “Eastern Country” situation where the ruler is vastly rich, no middle class, impotent political opposition and mass media. Some parts of Kazakhstan might seems like a third world country.
Apples and tulips are originated from Kazakhstan. Also, we are one of the first people to ride horse as well as eat them 😀

What are the most popular stereotypes/cliches about Kazakhstan?
Many people think Kazakhstan is part of Russia (which is not true) or China (Also, not true).
Because of the “Stan” in the name of our country, we often mistaken for Afghanistan or Pakistan which are completely different countries with completely different culture, language and history.

Nowadays, most stereotypes comes from Borat movie. I’m personally over it but you probably do not want to mention it. We’re not well known or famous nation. It does upset us if a foreigner associate us with that movie or his/her only point of reference about us is through that movie. Just come to visit us and see for yourself 🙂
Which is the best time to visit Kazakhstan?

We have very hot summers and very cold winters. Autumn and Spring are probably the best time to visit.

Are there any local customs a visitor should be sensitive to?
Get your shoes off when entering someone’s home.
Never put your legs on the table, It is very rude. Table is for eating or having conversation.
You might not want to refuse if your host is inviting you to drink tea or dine in his/her house. It is bad luck for them if you refuse.
Guests always take the main place at the table (usually hosts offer it).
First cup of tea is for the guest otherwise host is being rude.
Don’t whistle inside home as per the popular superstition. And some other customs for you to discover 🙂 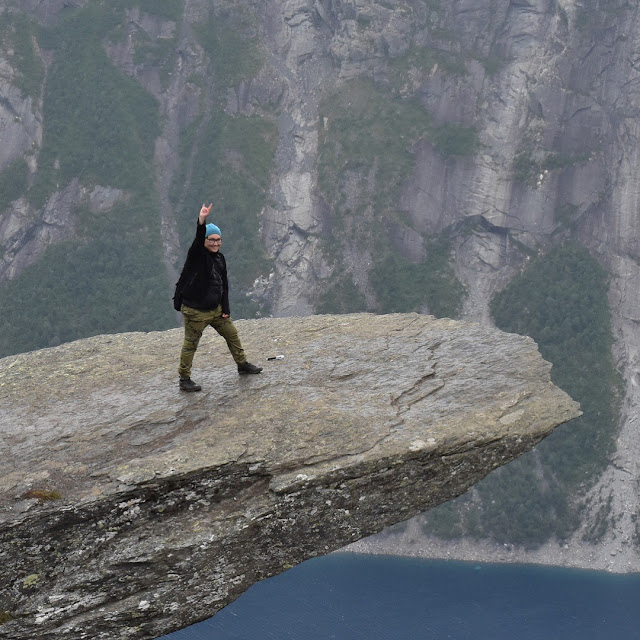 Pictures courtesy: Gabit S.
When I asked him to share an interesting picture of him. He chose the above one.

In his own words: “So I got a tent, sleeping bag and spent two great days hiking to Trolltunga, observing the beauty of Hordaland with Amon Amarth playing in my headphones. Loved it.”