I returned from my solo trip to Central Asia last week and since then I had a strong urge to write about my experiences in the region. So much to write and So much to share. As an Indian traveler, I can say without a hint of doubt that I had a far better experience in Central Asia than USA and Europe. I felt a special connection in Central Asia and for the first time ever, I’m missing some foreign land. Their warmth took over my cynicism and proved me wrong several times. This trip has changed my travel style for good. It made me less of an impatient traveler 🙂 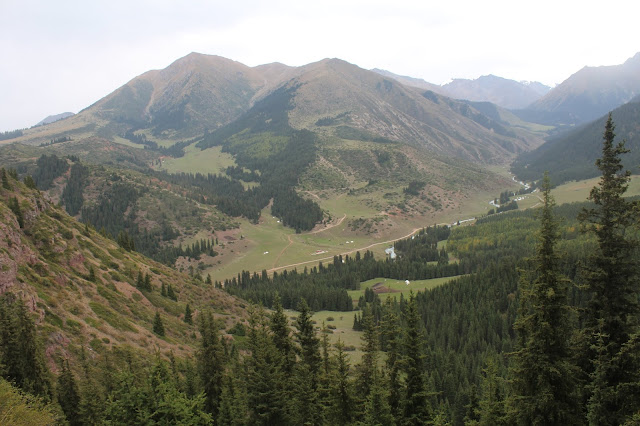 It all begins with World Nomad Games. I read about the event online and were quite fascinated by it. Then, I searched the location and it turns out to be Kyrgyzstan. I had no clue where the country is located. Yes, I was ignorant like some or most of you. After looking at a map, I find out it is not so far from India. As I checked there is no direct fight to Kyrgyzstan from India. Most flights are via Kazakhstan. After doing a bit of research I find out about this Kazakhstan Visa Free Regime for Indians. Basically, till the end of this year Indians are entitled to 72 hrs visa free visit to Almaty or/and Astana if they are going to a third country or returning from a third country via Air Astana Or any Kazakh Airlines. A little more research leads me to Uzbekistan. I had no idea that Babur, The First Emperor of Mughal Dynasty in the Indian Subcontienent, was originally from present day Uzbekistan. It intrigued me. Also, the country has recently launched an e-visa facility which was icing on the cake. Kyrgyzstan too offers an e-visa facility. For the first time, while planning a solo foreign trip, I don’t have to arrange bundles of documents and complete endless formalities.

Note: Please check Foreign Ministry Websites of these countries to know about the rules of Police Registration (OVIR). 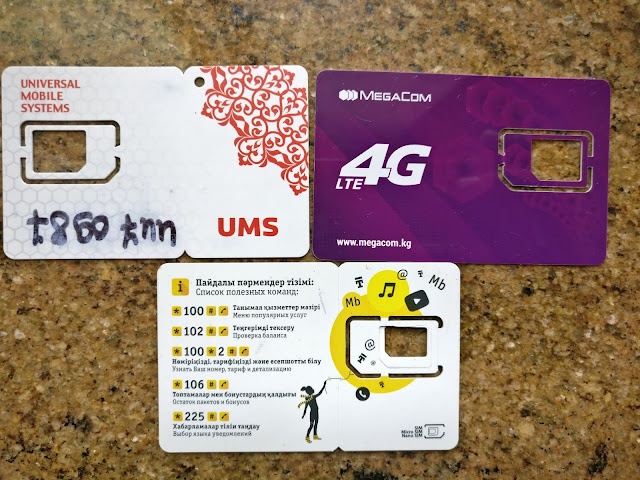 Taxis are cheap in all the countries I visited. Public transport is even more cheaper. Marshrutkas are one of the main transports to commute in all the three countries but don’t be confused if a local tell you to go to a bus station and catch a bus. By bus they meant Marshrutka. Sure, the bus is also available. Download 2GIS mobile app to locate bus stops as they’re not visible on Google maps.
Uzbekistan: Best way to travel throughout Uzbekistan is via rail. Cheap, Convenient and Classy. Rail network is spread throughout the country. I love traveling by train. From Sleeper train, Train with cabins, Second sitting train to Afrosiyob (Super fast) train, I ride them all in Uzbekistan! You can book tickets in advance or at the Railway station (Vokzal). Taxis are cheap option to travel within a city but do negotiate and fix the price before sitting. Any car can be a potential taxi. Shared Marshrutkas are good option to commute between cities or distant places (Fixed Price).
Metro is an option to commute in Tashkent though it is not spread throughout the city but I highly recommend to use it at least once. Buses are also available in Tashkent.
Kyrgyzstan: Shared Marshrutkas are the best option to commute between cities or distant places (Fixed Price). Shared taxis also available. Bus is the cheapest option to commute within Bishkek. There is no metro available in cities. Virtually, Rail network don’t exist in the country. Flight is another option. I fly from Osh to Bishkek @ INR 2000 and the flight duration was one hour.
Kazakhstan-
Almaty: Metro is a good option to travel but not spread throughout the city. Bus is the cheapest option to commute. Uber is available in the city with Cash only option.
Astana: No Metro here. Bus is the cheapest option to commute (180 Kazakh Tenge) but it can really crowded in peak hours. I took a bus at night during rush hour and it reminded me of Mumbai Local Train. Uber is available. Yandex Taxi is another good option.
LANGUAGES
Almost everyone knows Russian in all the three countries. I have not met a single person who don’t understand Russian but I do met a few people who don’t speak the National/Local language. So, wise thing to do is to download the Russian translation offline on Google Translate. Since Offline download is not available for Kazakh, Kyrgyz and Uzbek. Also, Voice and Camera option is not available for all the three languages. Additionally, download the Russian Input Keyboard and Russian Alphabet Mobile Apps to understand signs as Russian Alphabet is written in Cyrillic Script. So does Kazakh & Kyrgyz. Most of the times, signs are written in Russian in addition to the local language. I find Russian influence relatively less in Uzbekistan.
If you compare the region with India, for an analogy, I would say Russian is English of Central Asia but In India chances are less that Older people know English but in Central Asia its the opposite.

Options for a vegetarian are quite limited. The only veg thing I found is their Naan(Bread) which is very different from Indian Naan but not sure how you can eat hard, thick Central Asian Naan alone. Maybe with a tea;) I met few vegetarians on the road and they were living on fruits, salads, snacks, snickers or by visiting supermarkets in search of something vegetarian!

I ate this fried bread(miniature version of bhatura) filled with Kartoshka(Potatoes) but find out later that even the bread is made with eggs. It comes with Cabbage filling too. Good option for an eggetarian.

For Indians: Beef is used in most of the dishes. Sure, you’ll find Chicken(Kuritsa in Russian) and Mutton too but make sure to ask before ordering a dish in a restaurant. Shashlik is pretty similar to Seekh Kabaab. Available in Chicken and Lamb.

Tea(Without Milk) is the most famous drink in the region. You’ll find it anywhere and everywhere!

Many exciting posts about my experiences in Central Asia are coming soon. Can’t wait to share them with you-all. Stay tuned! 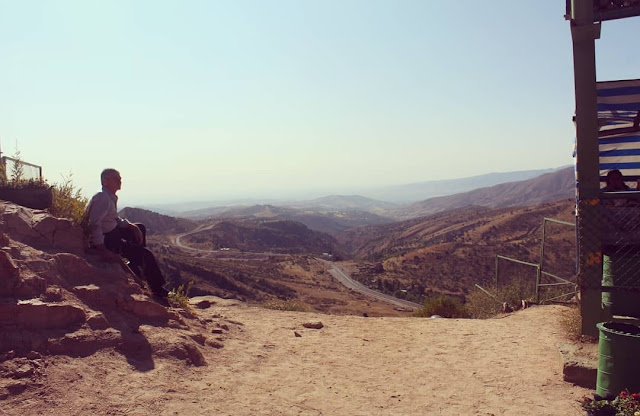 My Amazing Experiences In Kyrgyzstan: A Complete Guide

An Indian In Uzbekistan: Bollywood, Babur And Blessings