PAKISTAN is on my travel list since long time. Being born less than 250 kilometers away from the Pakistani border, I was always intrigued to visit the country. Since there is no provision of tourist visa on both sides of border, it is not possible for Indian Travelers like me to travel to Pakistan and vice versa. But i did get to see the land of Pakistan and had a glimpse of their people amidst of blaring sounds and scorching heat.  Here’s my account: 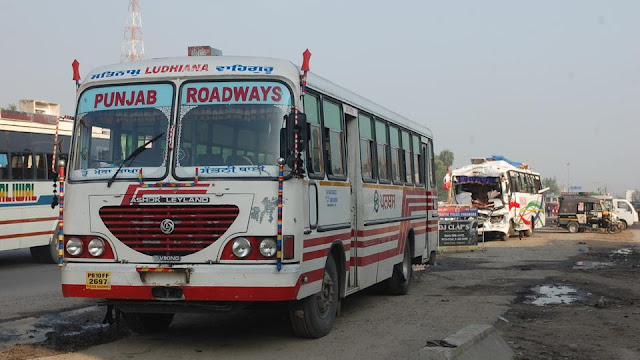 THE BUS RIDE TO AMRITSAR

Sometime ago, I visited my relatives in Punjab. With my cousin brother, i planned a trip to AMRITSAR. We catch a bus from Bathinda to Amritsar. It was around 6 hrs ride or should i say a roller coaster ride. If you want to get high i suggest you to travel in a Punjab Roadways bus. You will experience an unparalleled adrenaline rush. The drivers drive like they’re immortal. The traffic rules are seen to be believed. No one wants to slow down and no one wants to change the direction. Picture this: Two buses on high speed coming at each other on a narrow road and its like they’re having a competition of who blinks first. Like my cousin said “Till last moment you’ll think they will collide but they won’t.” Well, That’s very assuring! It was easily the most thrilling ride i ever have. As quote goes “Humans are adaptive by nature.” I learnt a trick to survive the ride. The trick is not to look upfront but to look sideways. Fortunately, we were surrounded by the beautiful greenery, landscapes and farms. 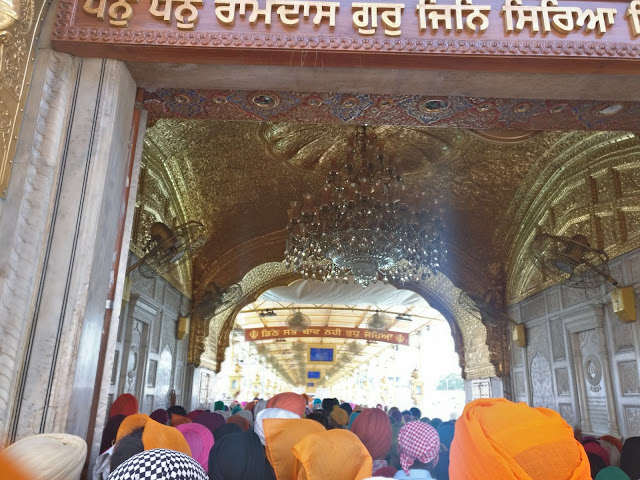 “Most Visited Place Of The World” as per World Book Of Records. More than 100,000 people visit the shrine daily. The Golden Temple is beautifully surrounded by the sacred pool. With locals, the golden temple is popularly known as “Shri Harminder Sahib.” It took me more than an hour in queue to reach inside the temple. I sat there for sometime and i felt at peace as it was soothing for both eyes and ears. We got halwa as prasad which tasted really good. Afterwards, we went to eat the Langar. Free Food(Langar) served at the temple 24*7 (except half an hour break between 4.30 AM to 5 AM)  to all people irrespective of their caste, creed, religion, color, sex. Leftovers are prohibited to avoid wastage of food. Take as per your Appetite. Many people volunteer at the temple on daily basis. It was an awe-inspiring experience to see people doing their bit towards the daily functioning of the temple. Jallianwala Bagh is just a stone throw away from the golden temple. It is a historically significant place. More than a thousand innocent people were massacred here during British rule. Must visit place to pay your homage. 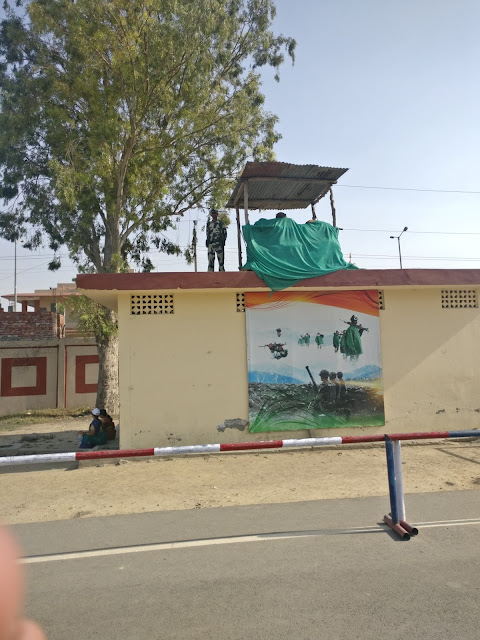 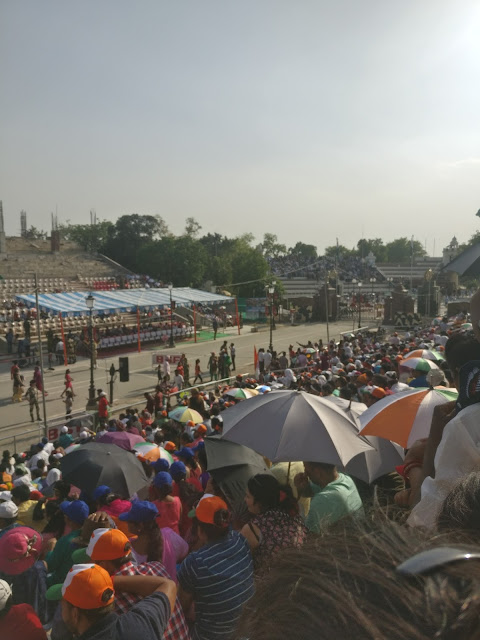 We catch a Three Wheeler on shared basis from Jallianwala Bagh to Attari-Wagah Border. Attari in Amritsar on the Indian side and Wagah in Lahore on the Pakistani side. We covered 25 kilometers to reach our destination. We gone through a checkpoint and entered this huge auditorium like place filled with people from not just all around the India but all around the world. There’s a huge gate which divides India And Pakistan guarded by soldiers from both sides. It was really crowded on both sides. Patriotic songs were blaring continuously on both sides. For a very short intervals we get to hear Pakistani patriotic songs when a song comes to an end on our side. An army personnel were lining up only ladies who are taking turns running towards the gate while waving an Indian flag.  Same activity were taking place on the Pakistani side. Another Army personnel were constantly motivating the crowd to shout patriotic slogans.  Needless to say, same were happening on the other side. Once the politicians arrived on the both sides, ceremony begins and Music stops thankfully. Soldiers on the both sides begins marching towards the gate at the same time. After reaching the gate they lift their one leg and take the leg all the way to their forehead. It was seen to be believed. Seeing two countries’ soldiers marching aggressively towards each other was goosebumps inducing experience even though there’s a gate in between. Several other soldiers including two female soldiers did the marching. The gate opened twice during the ceremony. First time, it opened and closed subsequently. Second time, it remained opened for some time and closed with an aggressive handshake between the soldiers. People were jumping, shouting and clapping during the ceremony on the both sides. It was no doubt once in a lifetime experience. In the middle of the ceremony, i sat quietly and search for some Pakistani faces. I saw a person on the Pakistani side sitting quietly and looking curiously on our side. It felt like we saw each other and acknowledged the fact. Indian and Pakistani people are always pitted against each other given our political history. Hopefully, one day i would be able to visit Pakistan and connect with Pakistani people with no political history to fall back on.