After Mizoram, I traveled to Meghalaya. It was the last state I explored during my solo trip to Northeast India. My stay in Meghalaya was a bit short and I wish I could have stayed longer. I saw some of the most stunning views during my Northeast India trip in Meghalaya ranging from One of the cleanest rivers I saw in my life, Rainbow formation on the waterfall, Man-made bridges from trees’ roots, discovered a remote waterfall in the woods while almost losing my way in the dark. I catch an overnight bus from Aizawl(The Capital City Of Mizoram) to reach Shillong i.e. The Capital City Of Meghalaya. 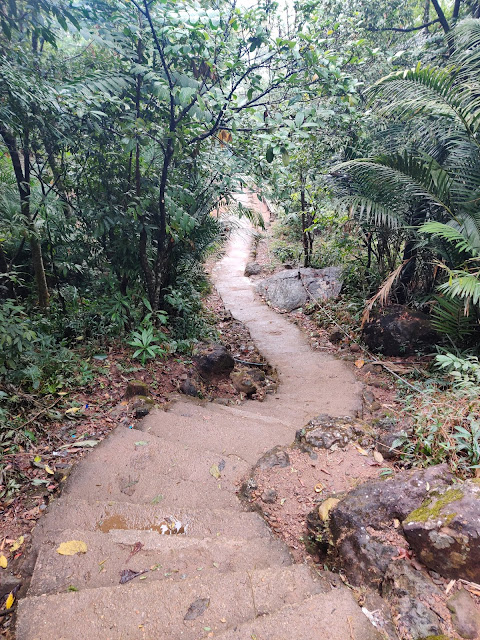 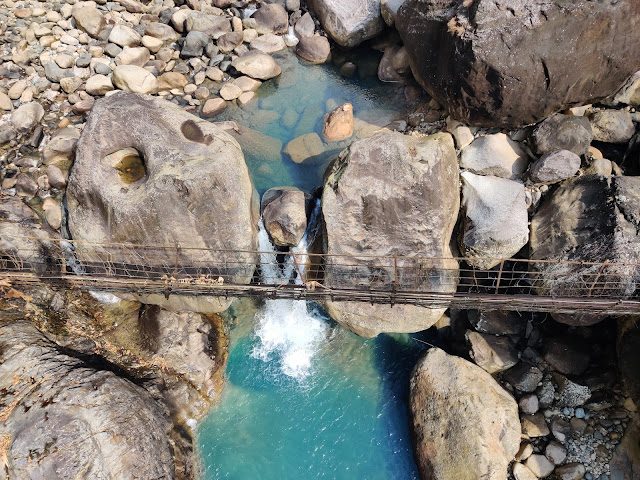 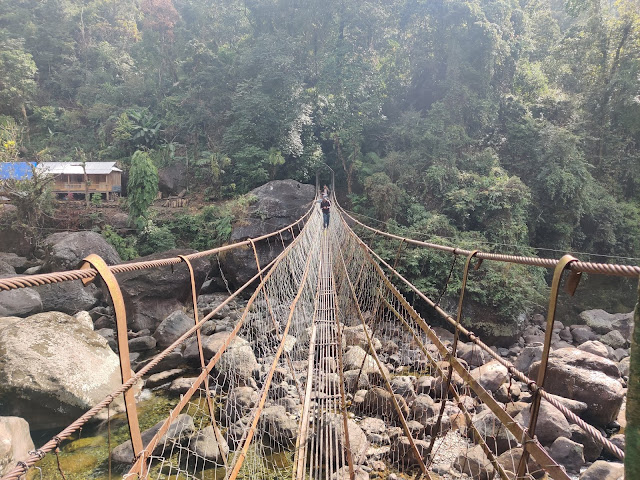 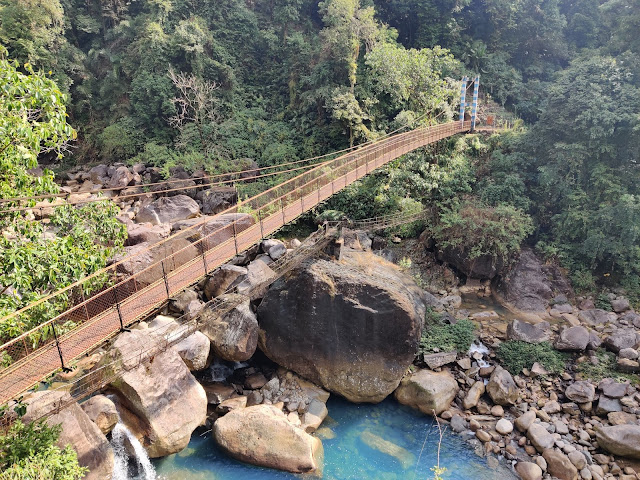 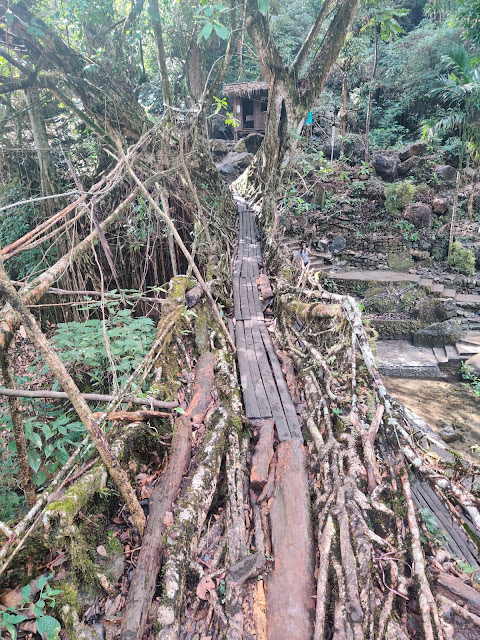 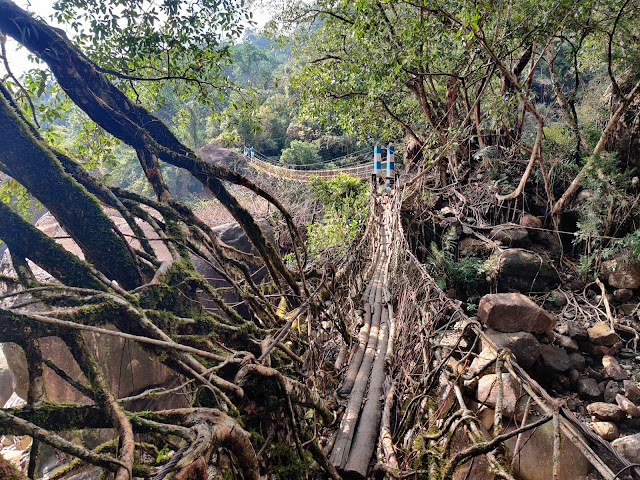 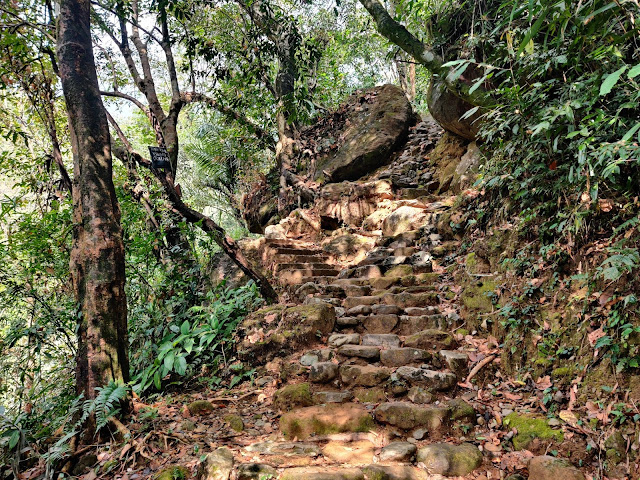 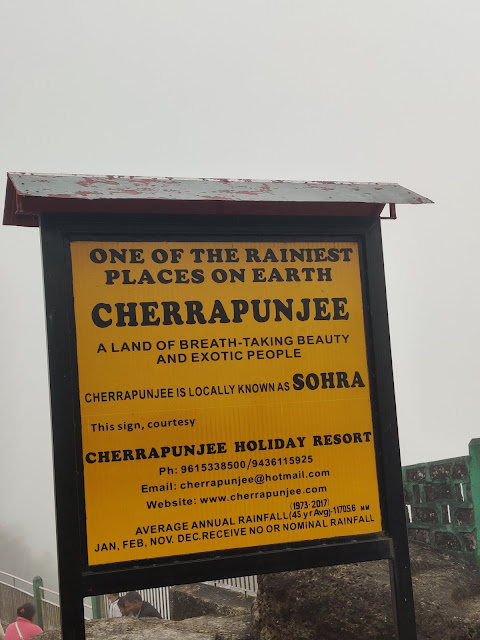 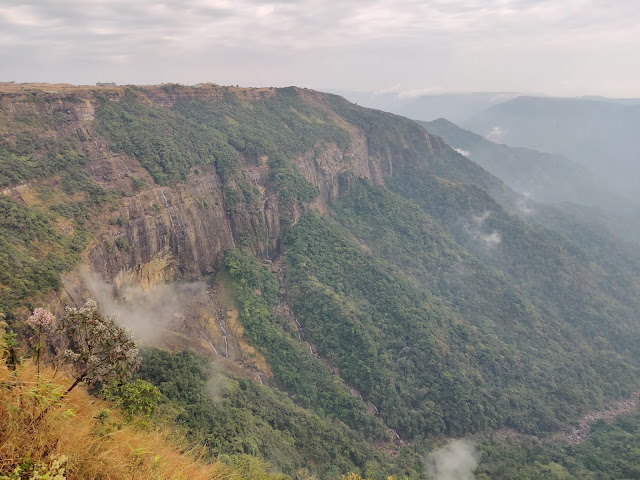 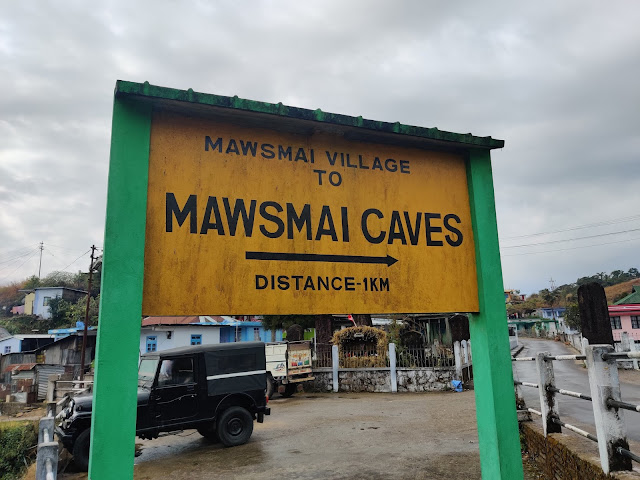 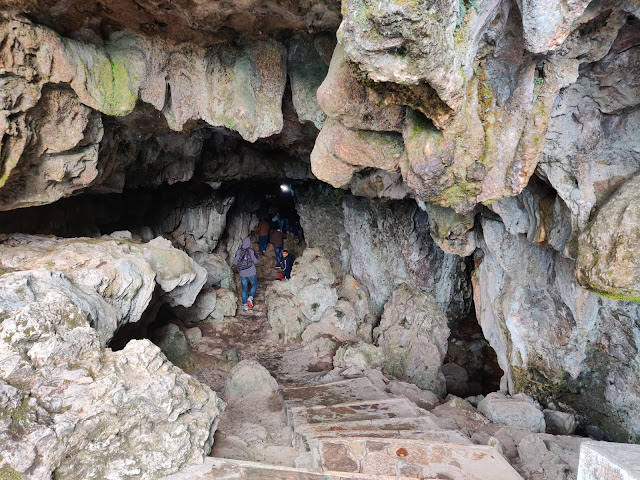 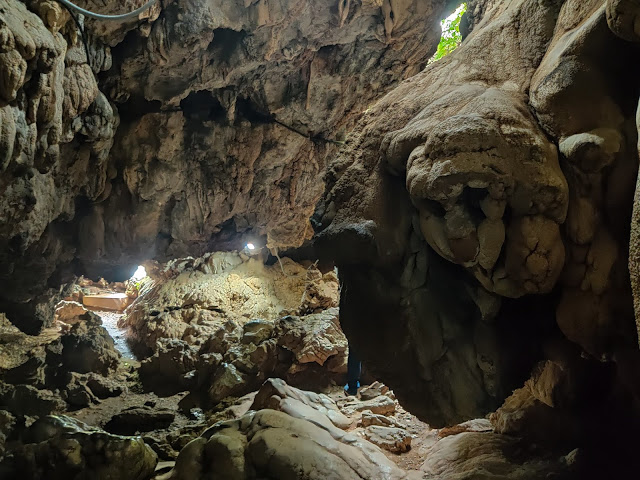 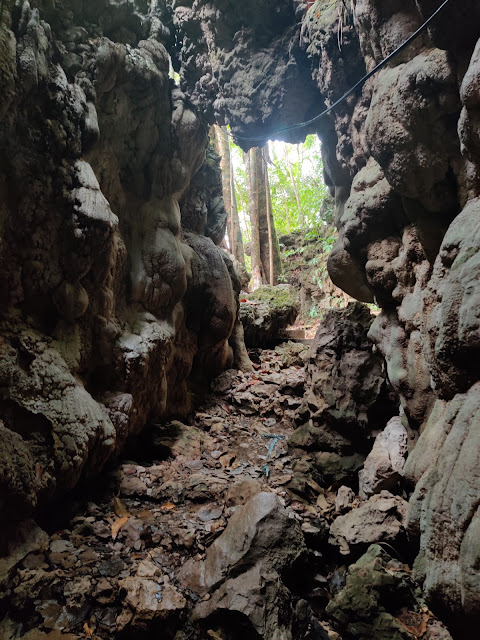 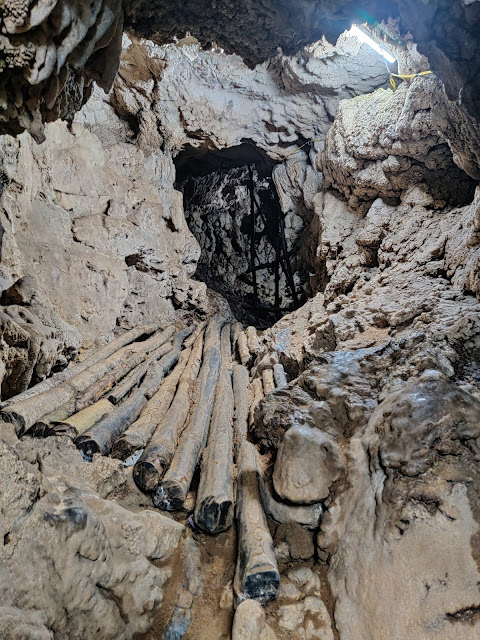 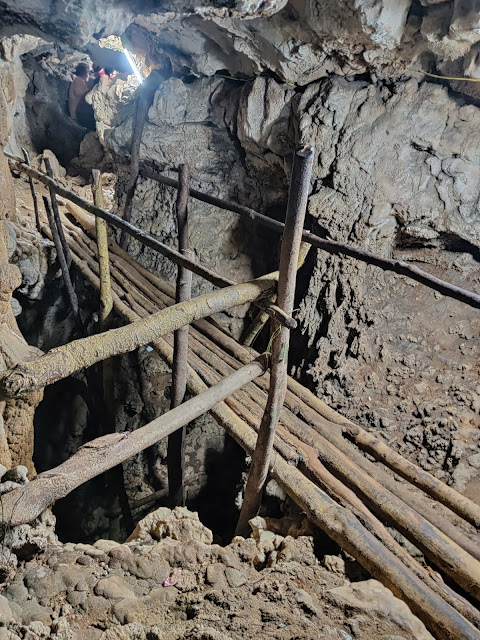 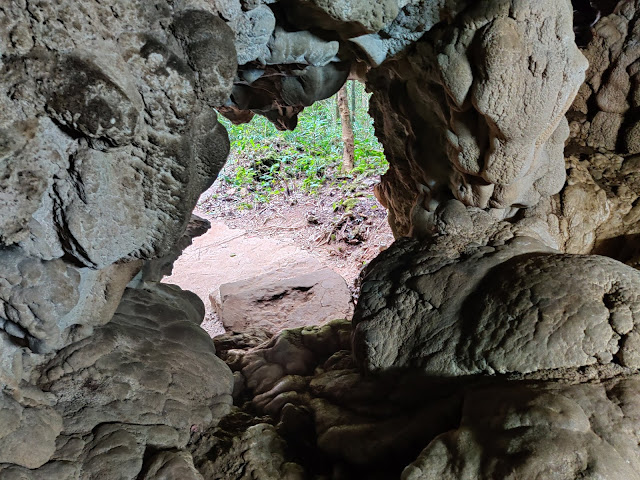 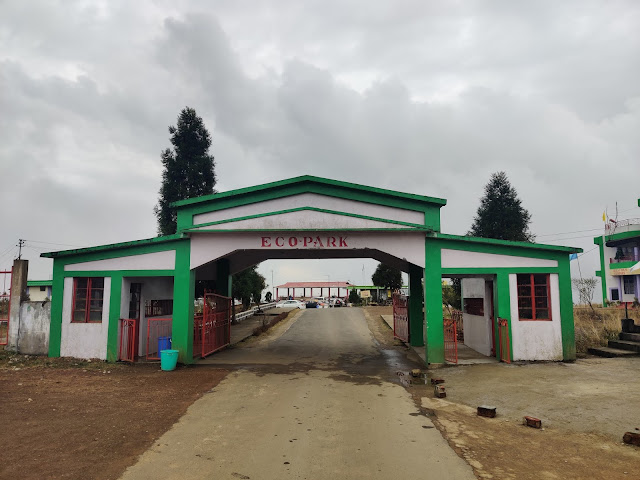 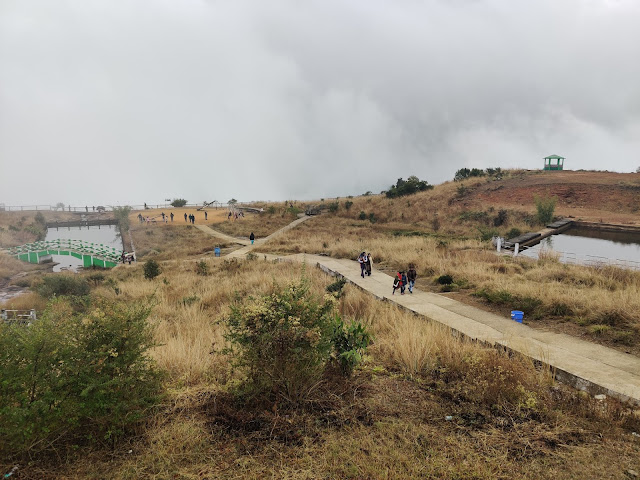 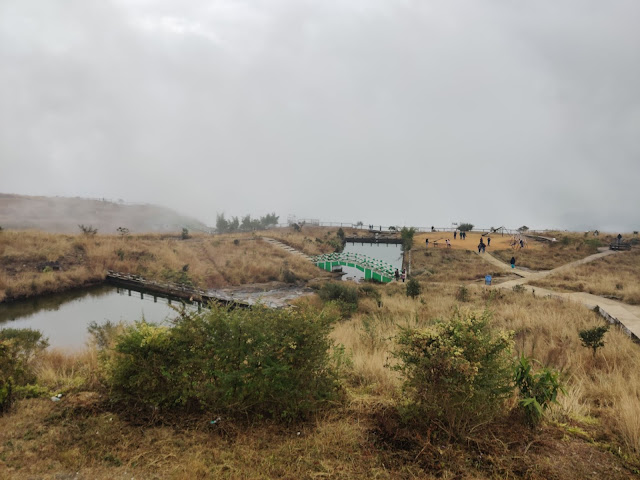 Cherranpunji or Sohra is approx. 90 mins drive from Shillong. It is one of the wettest places in the world. I experienced rainfall even in the month of January during my visit! The first stop in Sohra was the world-renowned Double Decker Living root Bridge.  it is located in the Nongriat Village. To go here one need to reach Tyrna Village. One can reach Tyrna Village from Sohra via sharing taxi @ INR 50. From here the hike/trek starts to reach the Nongriat Village. The path consists of approx. 3000 steps and some plain path. It took me approx. an hour or so to reach the Bridge but way more while returning back to Tryna due to the steep ascend. From Double Decker Living Root Bridge one can walk all the way to reach Rainbow Falls. Rainbow forms on the waterfall here which looks absolutely majestic. It is approx. 45 mins walk. You will find several single living root bridges during the trek/hike. I did all of this and return back to Sohra in a single day but I wouldn’t recommend doing it like this to everyone. There are many nice homestays in Nongriat village where one can spend a night. I couldn’t recommend you more doing this trek/hike. I let pictures do all the talking. Next day, I went to the viewpoint of Seven Sisters falls which was okay but the next stop was Mawsmai Caves which was really good. It is the toned-down version of Khuangchera Puk Cave which I explored in Mizoram. There are two caves here actually. One is recently opened. One doesn’t need to be experienced to explore these caves but one surely feels like a true explorer while going through them. While coming back by walk I saw an Eco park which is a nice place to relax. I was really excited to see the Nohkalikai Falls which is the tallest plunge waterfall in India but I was really disappointed after my visit to the falls since I couldn’t able to see it due to heavy fog. One can even go down to the Waterfall which a local told me is a hard trek and takes more than 2 hours. While returning from the Nohkalikai Falls, I saw the board with these words written “Way to Tlai Falls and The Crest of Nohkalikai”. I was intrigued and decided to explore it. The entrance fee was INR 50. I embarked upon one of the best adventures of my Northeast India trip. The guy at the counter was apprehensive about giving me the ticket since we were close to the sunset time. After gruelling 40 mins or so I finally reached Tlai Falls and it was truly amazing. I was the only person at that time and it felt so magical. Since it was almost dark, I hurriedly walk back even though the way was muddy and within the woods. Survival instinct kicks in and I reached the entry point in less than half an hour! It surely felt like an achievement after I was done with the adventure. I would highly recommend you to visit this Falls. You can even visit The Crest of Nohkalikai which is in the opposite direction of Tlai Falls. I didn’t go there though. Every attraction has an entry fee ranging from INR 20-40 per person except the Tlai Falls. To reach these attractions one can hire a taxi for a day if traveling in a group. If you are solo traveling like me, Well then you need to either hitchhike or walk or hire a special taxi. I did a bit of all of these. 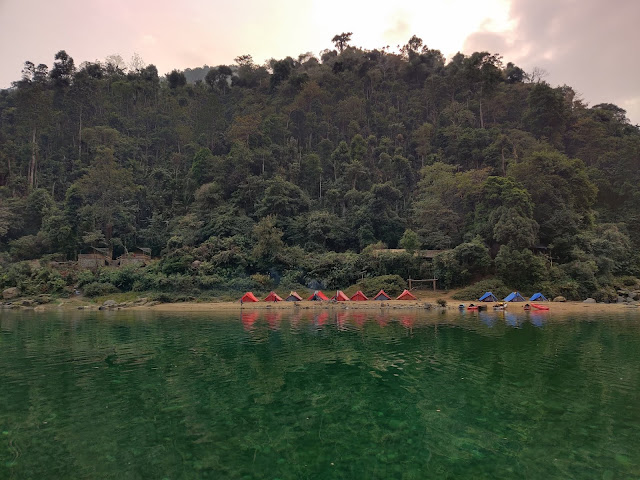 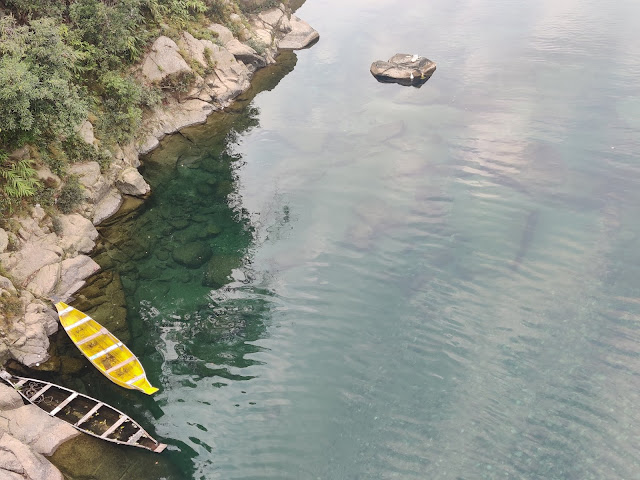 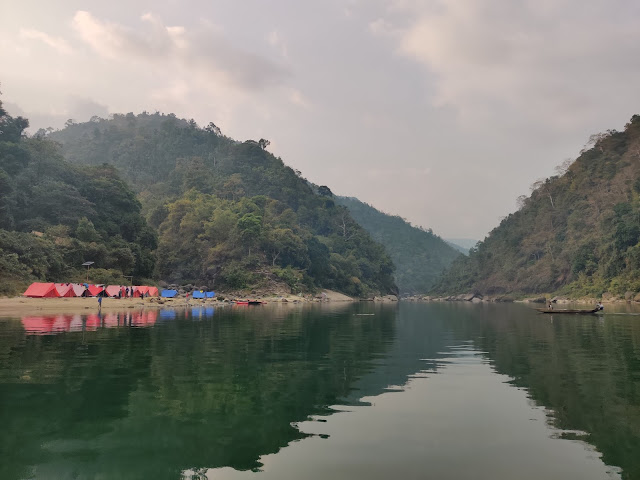 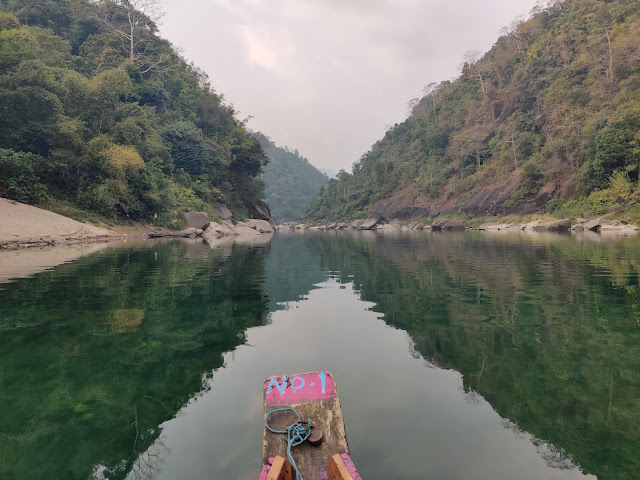 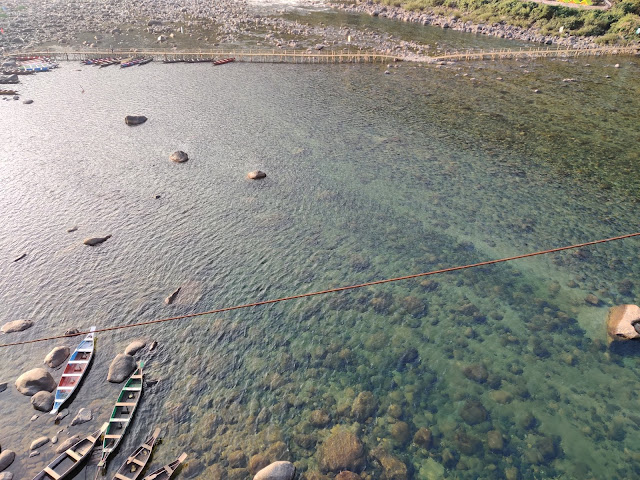 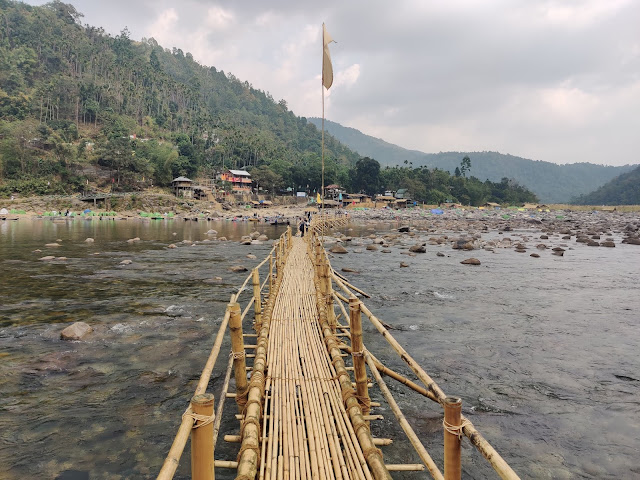 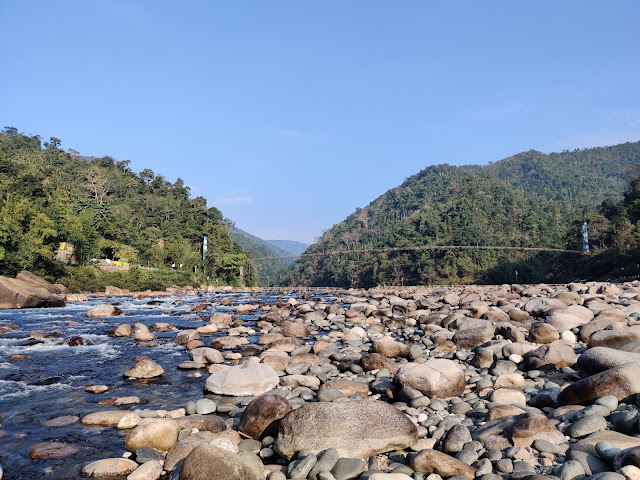 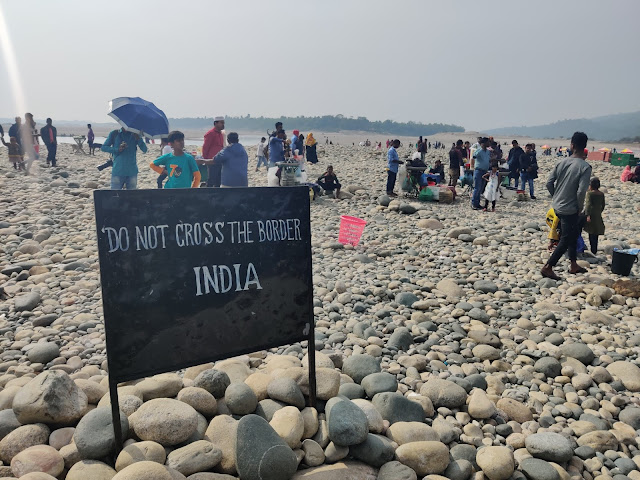 After Sohra, I traveled to Shnongpdeng. I had to come back to Shillong to reach Dawki. From Shillong, I took a Sharing Sumo to reach Dawki. Dawki is the border town from Indian side which borders Bangladesh. 20-25 mins journey from Dawki via sharing taxi takes me to Shnongpdeng. INR 30 is the fee to enter Shnongpdeng. Shnongpdeng is the village located on the shores of Dawki River. One of the cleanest rivers I have seen in my life. It is so crystal clear that you can even see the little rocks inside the river. It is a great place for camping. I camped near the river and it was so refreshing and rejuvenating. I took a boat ride in the river and it felt like I was floating in the air. Yes, you can even swim in the Dawki River! I returned to Dawki after my visit to Shnongpdeng where I saw the most strange border. So firstly, I went to the regular border checkpoint in Dawki where people can clear immigration and crossover but there’s one more border checkpoint in the middle of Dawki town between India and Bangladesh which passes over the Dawki river. On the land part, I saw soldiers of India and Bangladesh keeping an eye on people so that they don’t crossover to the other side as there is no fence or even proper marking. There is a big rock and it decides which part is in India and which part is in Bangladesh. It was kinda hilarious to see poor soldiers instructing clueless people to not crossover. Vendors from Bangladesh carrying Jhal Muri, Ice cream, soft drinks frequently crossover to India to sell their items without any disturbance. It is truly a unique and strange border checkpoint which can only exist between two friendly nations. With this my more than a month-long Northeast India trip comes to an end, I travelled back to Shillong and from Shillong, took sharing sumo to reach Guwahati. From Guwahati, I took a train to Mumbai which was the longest train travel of my life lasting for more than 50 hours!
While growing up, I had a little knowledge about Northeast India and it doesn’t change drastically even till recently. It was only after my trip to Northeast India, I got an insight into this beautiful region of India. For starters, Every northeastern state is so different from each other in terms of culture, language, history. There are more than 17 languages in Nagaland itself. Northeastern states of India is surely different from other parts of India but so does every state in India. Diversity is the biggest strength of India and it is what makes India, the great nation. You can read about my experiences in other Northeastern states of India here: Nagaland, Manipur, Mizoram and Q & A with a local from Meghalaya. Visit Northeast India and discover something truly special.
Download Best WordPress Themes Free Download
Premium WordPress Themes Download
Download WordPress Themes Free
Free Download WordPress Themes
lynda course free download
download xiomi firmware
Download WordPress Themes
free online course
Tags
Cherrapunji india meghalya shnongpdeng
Show More