To start with this is not a click bait title. Those familiar with my blog are aware that i share intimate travel stories. Racism is too big an issue and should be talked about more often. During my solo travels i had came across few bad incidents but this one incident was a full blown racial abuse which i feel i should share with my readers. As a Travel Blogger, i want to share all of my travel experiences: Good, Bad and Ugly. I won’t be taking name of the place since i had a great time there except this one ugly incident. I don’t want to malign the image of the place as the perpetrators were not local people.
It was my first Airbnb experience and i loved it. My hosts are great people. So thoughtful and helpful. We had a shared interest and we hit it off pretty good. We talked about India, cinema, culture and their country over a glass of wine. We’re in touch even today. I was really touched by their hospitality. I wish i had spend some more time with them. On the night of check-out i packed my bags and bid them adieu. I had an early morning flight to catch. I left their home after midnight. I need to catch a bus to the airport. I checked the bus stop earlier as navigating through those cosy lanes can be very confusing for newcomers. As it happens, when i left their home i was quite confident about the directions but eventually got lost. I cursed myself for not using Google maps before leaving their home. Finally, i gave up and look for someone to help me out. It was late at night and lanes were virtually empty. I approached a guy who look stoned and walked past me without answering. I was getting late and wanted to reach the bus stop as soon as possible. I saw a group of youngsters and approached them. I asked for the directions. Here’s my account:

One girl from the group said in a mocking tone: “Oh please help me, oh poor me, i am lost”.
I smiled thinking she’s just joking around.
Same girl again “What are you doing here?”.
I told her i got lost and asked the direction again.
Girl: “Why are you here?”
Me: Sorry?
She said again: “Why are you here?”
I gave her the confusing look.
She yelled “Go back to your *beep* country.”
Usually, I don’t take *beep* from anyone. I don’t know what happened to me at that time, i just froze. Maybe because i wasn’t expecting this kind of revert.
I start walking past her when she suddenly pushed me and said again “Go back to your country.”
Other people in the group did not utter a single word. They just stand there looking at each other or their mobile phones.
I replied “*Beep* Off”.
The girl started yelling expletives and disgusting racist slurs.
I fast paced my steps and walked past the group. As i cover more and more distance, her yelling faded away.

I somehow managed to reach the bus stop. I was running pretty late. But while waiting for the bus all i thinking about was the incident. I was shaken up by what just happened. I feel vulnerable and powerless followed by immense anger. I cursed myself for running away from the situation instead of tackling it. I was facing down looking at the ground when a woman touched my shoulder and said something in a foreign language. I snapped back “What you want?” She said something again in a foreign language. I yelled “GET LOST”. She said few words in English. Basically, she was saying I’m at the wrong bus stop and telling me to go to the opposite direction. She must have deduced from my luggage that I’m going to the airport. I said “sorry” multiple times and thanked her before running to the opposite direction. I boarded the bus and reached airport just in time. If i had missed that bus i would had missed the flight. The whole incident got me thinking about the human nature and made me realize: “Hate cannot drive out hate.” “An Eye for an eye makes the whole world blind.” There are more good people in the world than bad people else this world would have cease to exist. Stand your ground and don’t let few people’s bad actions change the way you see the world.

It was maybe a minor racism incident but the impact was major. Like everyone i saw and read a lot of news involving racism and even heard few incidents from my relatives/friends who are settled abroad. But personally never came across any such incident in my life until this one which shook me and made me see how racism is one of the biggest ills of our society. Apart from segregating it is a direct assault on a person’s existence. I have not shared this incident with anyone till now. If my post can change even one person’s heart, it would be one of my biggest accomplishments. Leaving you all with this quote which i strive to achieve: “However Vast The Darkness, We Must Supply Our Own Light.” 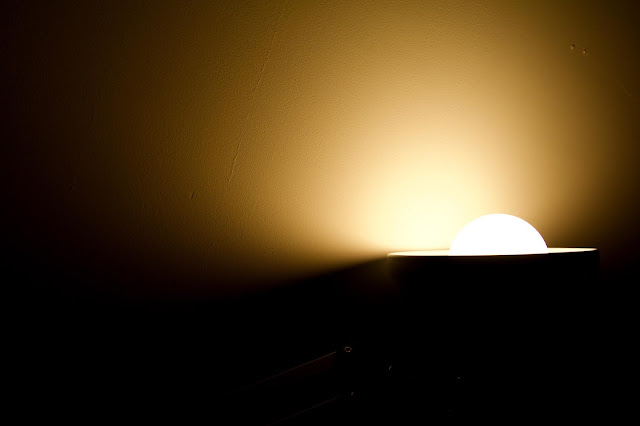