My Trip to Thailand was different from my other travels as it was not a solo trip and was not self planned. Apart from Thailand trip, I planned all my trips by myself. From booking flights, accommodations, preparing itinerary, managing logistics. On this trip I was accompanied by my brother and we bought a tour package from a travel company. For the back story I suggest you read this post to know how my Thailand trip happened.
We visited two cities in Thailand i.e. Pattaya and Bangkok. This post is about our last day in Pattaya and the misadventures that ensues.

We woke up pretty late that day. We had no specific plans for the day since it was a free day in our tour itinerary. After we had the delicious breakfast. We went down to the hotel reception to plan something for the day and we heard the words “Boom Boom” for the nth time from some passing guy. Since my brother was keen to visit a shooting range, we booked a minivan to this safari place recommended by the reception guy. Our van arrived before we expected and the van driver was not happy because we were running late. And then the never ending journey begins!

After driving around for 15 minutes, we reached the highway. Same highway which leads to Bangkok. 5 minutes passed, then 5 more, then 5 more. I start getting anxious. Questions like: Are we heading to Bangkok? Are we in the wrong van? Are we being kidnapped?  Are we extradited back to India? Is this how I die? Is this the reason I come to Thailand to be killed by some pissed off serial killer van driver? All these insane thoughts start coming to my mind. I nudged my brother and he asks the driver “Are we going to the same place?” No answer! After being asked again, driver just nods. Driver seems pissed off. And seeing a warning sign of “no sodomy allowed” in the van doesn’t help! Is this driver some kind of sexual deviant?? My mind was coming up with all kinds of possibilities. Working at the rate of Sherlock Holmes’ mind. 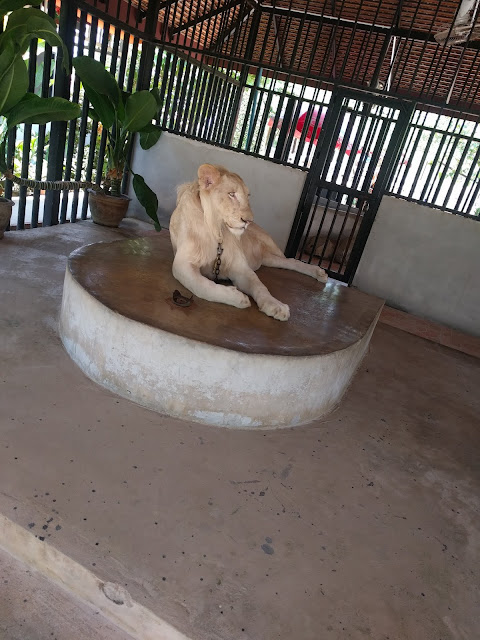 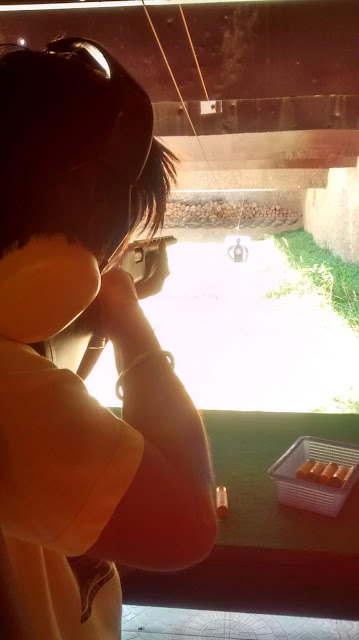 Finally he took the u turn and via flyover left the highway. He drove for 5 more minutes then we finally saw the place. It was like finding god! Prices at this safari place is quite steep but that doesn’t matter. I was just happy to be in this place. At the shooting range, brother chose a gun. It was our first time firing a real gun. And then several “BOOMs” followed with no connection with sex whatsoever. He was quite overwhelmed by it. I only understood the fact when I fire a gun. It completely jolted my body. It’s like my body was experiencing some kind of high level frequency earthquake. But the adrenaline rush it generated after firing the round is unexplainable. After watching a pet lion, we settled for a coconut water. One of the sweetest things I ever had. Same cab driver drove us back to our hotel but this time it took lesser time which cemented my suspicion that driver had taken some sort of revenge on us back then. If only we had Sherlock Holmes to solve this mystery! 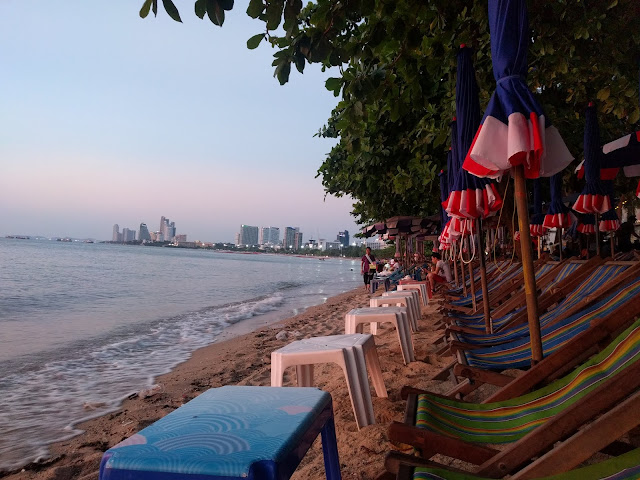 After freshening and cashing up, we were all set to ride the motorbike/scooty which we hired yesterday. I drove and brother sat behind me. It was a smooth ride. I really enjoyed driving the bike and at that moment I completely forgot what happened an hour ago. We rode for sometime with cool breeze hitting our faces. After parking the bike, we went to the beach for more cooler breeze. We filled our stomach with boiled eggs and sweet papad while our feet are filled with beach sand. Two big vehicles passed by, blasting party music with people on board dancing. This town is for party, to party and by party. After walking on seashore, we settled on this small joint with recliner seat and ordered two Singha (local Thai beer). It was one of the most relaxing moments of our trip. We sat there for an hour and watched a beautiful sunset. 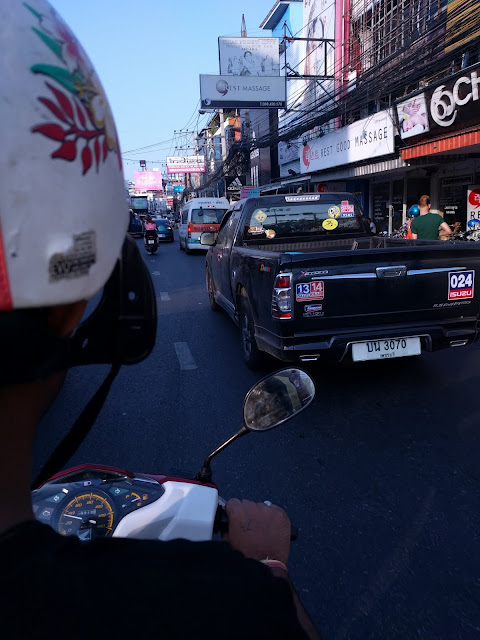 We decided to park the bike at the hotel before we go for a dinner. I stopped at the signal as it was red and then it went green and other vehicles took right turn and so do I. But suddenly group of people appeared from nowhere (I know I know no one just pops out of nowhere but that’s what happened cause the traffic police signalled pedestrians to walk) and I applied brake. As expected I was told to take bike on the side of the road by the traffic police. From one of the most relaxing moments to one of the most distressing moments. I thought to myself “wow what a day!” The police officer asked for my license and after seeing my face he already knew the answer. So, he asked my nationality instead. What followed was an unintentionally hilarious sequence but given the situation we were in, there was no room for laughing. After hearing my answer, the police officer did this little weird dance or moves his body parts in a weird way (whichever sounds appropriate) while saying “India” multiple times followed with a bombastically sounding Thai words. Which we had no doubt whatsoever was Thai cuss words. He handed us an exorbitant fine receipt and told us to visit the police station to pay the fine. The guy who rented the bike told us if in case police caught us, just bribe them. Since we’re Indians this comes naturally to us 😉 After his little opera, the officer went to the other side of the road. And another officer approached us and said the same thing. My brother took charge of the bribing process. Since he knows their language. Yep that’s right. No, not Thai. The thing is you can’t communicate with the locals with fully formed english sentences. You have to talk in a broken English for better conversation or as I call it baby talk. He’s good at it and so he proceed to talk to the first guy but he declined and the second guy also declined and then they both declined together even after increasing the amount. Finally, the second guy suggested we talk to the person in the police booth. And he too declined at first but after we increased the sum to substantial amount, he accepted. We drove straight to the hotel and parked it in the parking lot. Not to touch again.

After changing the clothes we explored the nearby area while contemplating the place to eat. We reached this place which seems like a port and we were in the middle of a mass of Japanese tourists. Buses full of Japanese people parked nearby. We’re the only people with different nationality among the thousands(it sure feels like that) of Japanese people. After finishing our virtual Japan visit we head towards a McDonald’s and had a happy meal with similar results. Rest of the night was pretty mundane and uninteresting  (Thank god for that!). After couple of drinks we went back to the hotel to finally end this one crazy day! 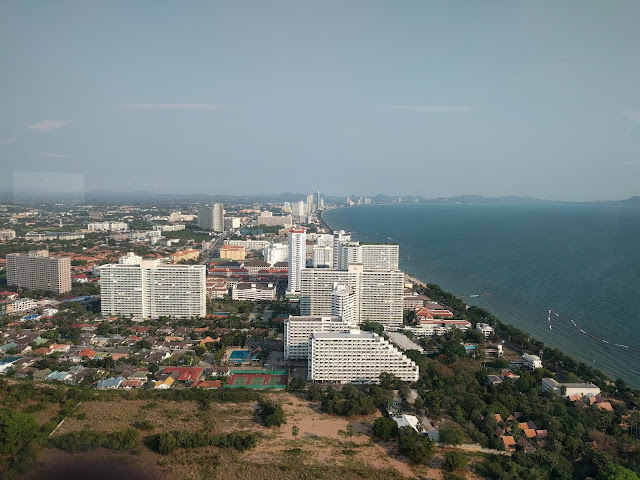