ISTANBUL is easily among my favorite cities in the world. A wonderful blend of Asian and European sensibilities. I was bit sceptical about going there because of political tension and my travel dates were pretty close to last year’s referendum. I am really glad that i choose to visit the city and had a truly great experience.

HOW I PLANNED THREE COUNTRIES TRIP

I had no plans to visit Turkey, It was all luck by chance. Last year, i attended the Cannes Film Festival. Since i was going all the way to France, i thought of adding some European destinations into my itinerary. I was thinking of Italy, Germany, Central Europe or Scandinavia but couldn’t able to find cheap multi-city flights. One day, i was just browsing the net and stumbled upon an article about Turkey. Just to see the price, i search the multi-city flight to Istanbul and found a really cheap flight. Then, i checked Turkish visa requirements and found e-visa facility for schengen visa holders. Then, i checked flight from Nice to Istanbul and found one flight with a long layover at Moscow. Then, i checked Russian transit visa process. In the end everything falls into place and my three countries trip to France, Russia and Turkey were all set!

I stayed in Airbnb in the neighbourhood of Şişli. Taksim Square is 10-15 Minutes walking distance from the place.  I used to walk to the Taksim square everyday to catch a metro and see what’s new at the ongoing Gastronomy Festival. The first day when I set out to explore Istanbul, I felt only positive vibes and energy. I felt more conformable and free in Istanbul than other European cities.

My Aeroflot flight landed at Ataturk Airport. I used taxi only twice while commuting between the airport and my Airbnb. Do bargain with taxi drivers as they tend to charge high. I used ferry, metro and tram for transportation. Public transport is quite efficient and relatively cheaper than other European cities. I really enjoyed my commutes on ferries thanks to cool breezy weather. The gorgeous view of Islands and the city were icing on the cake. 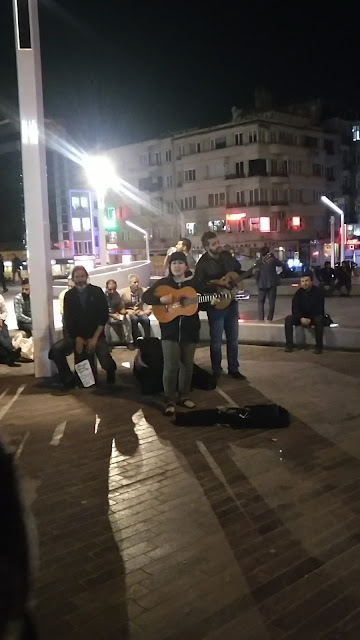 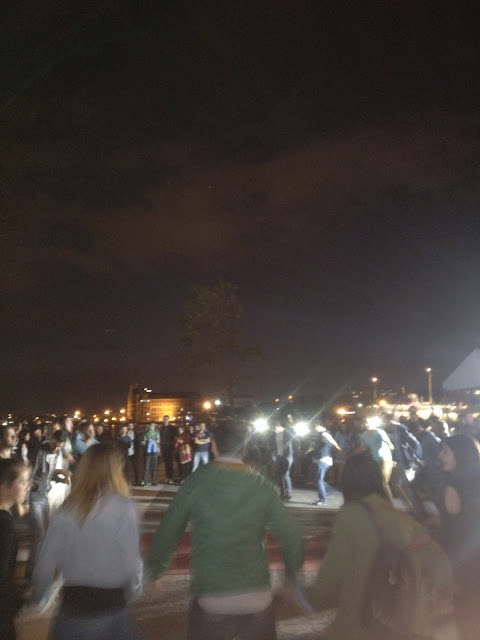 I have never experienced street music like i do in Istanbul. I experienced street music all over Istanbul. I witnessed people (Men and women) dancing and singing in a circle at Kadikoy station. It was sort-of a flash mob phenomenon. People keep on adding and circle gets bigger and bigger. I did not understand a word they’re singing but it anyhow sets my foot tapping! There was an ongoing Gastronomy Festival at Taksim Square. Needless to say different varieties of food were on display. I saw a musical night at the festival which was a crossover between Turkish and Portuguese music. At a metro station i saw a father-son duo singing a Turkish folk song. I enjoyed listening to a woman playing a guitar with her band Near Istiklal Street. Local people doesn’t shy away from doing an impromptu jig. 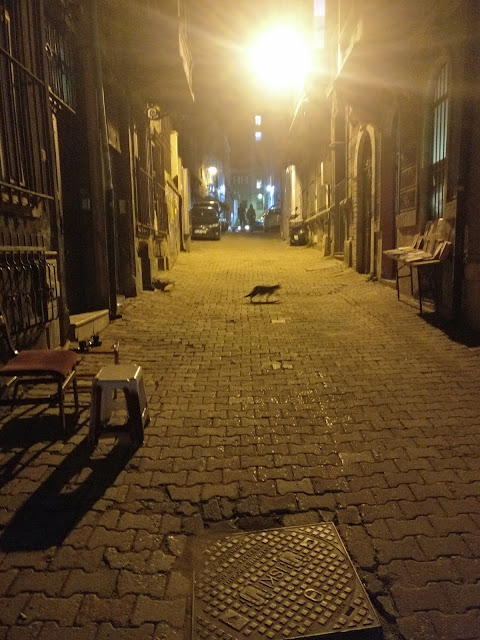 According to one superstition, if a cat crossed your path, it means something bad is going to happen with you. It’s nearly impossible that cats (yes, cats) does not cross your path in Istanbul. Well, Luckily I’m still alive 😉 There are many stray cats in Istanbul. MANY. Even my hosts has 2 cats which they rescued from the streets of Istanbul. I had this little game going on in which i count down the number of cats i saw on the streets. One day i counted 14 cats! I’m not a cat person or dog person or any animal person. But cats become my traveling companion in Istanbul. Do check out the Turkish documentary film “Kedi” about Istanbul and Cats.

ISTANBUL AND FOOD
Above are some of the things i tried in istanbul. I really enjoyed turkish food. Since i was coming from Europe, Turkish food felt close to home. I’ll take turkish food over european food any day. 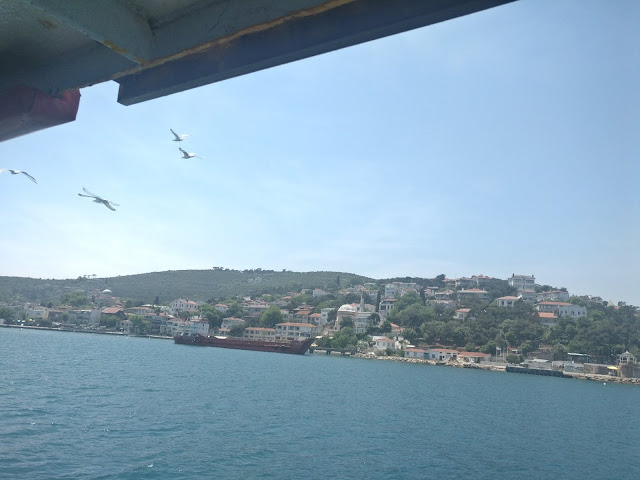 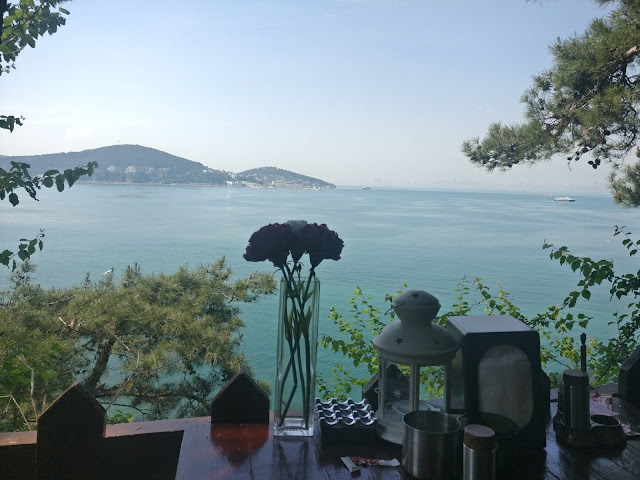 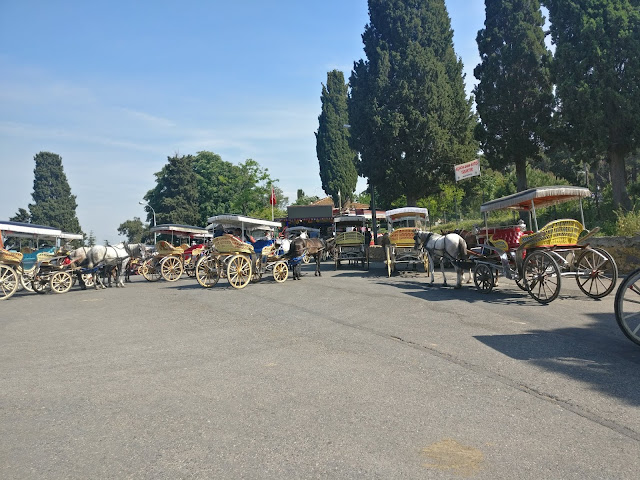 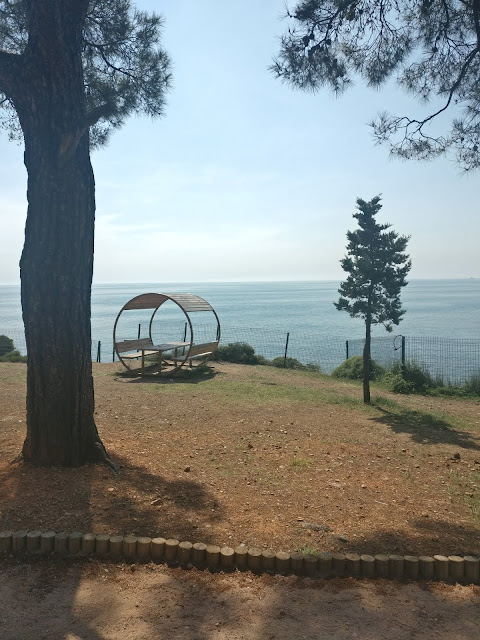 MY BEST EXPERIENCE IN ISTANBUL

I had no plans to visit this place. I left my Airbnb which no specific plan. I took a ferry to kadikoy. My uncertain plan was just to roam around in kadikoy. I saw a ferry leaving for Prince Islands. It costs around 7 TL only. I immediately took the ticket and board the ferry! It was approx. one hour journey. One hour journey is filled with stunning views of different islands. After three stops, ferry reached Buyukada. The largest island of Prince islands. I get down to explore the island. Best way to explore the island is by renting a bike. I biked all around the island punctuated with stops at cafes. I biked for hours. I met a Pakistani person who is living in Istanbul since long time. We had a really nice and long chat ranging from food, Istanbul, religion, India, Pakistan. We hugged and bid each other goodbye. Island is full of Old era houses, cafes and beautiful nature. I visited a park with a breathtaking view and smell of mouth-watering barbecues. I sat there for some time and felt at peace. I had such a memorable time in Buyukada which is still lingering in my mind. Do visit and get lost in this beautiful island:) 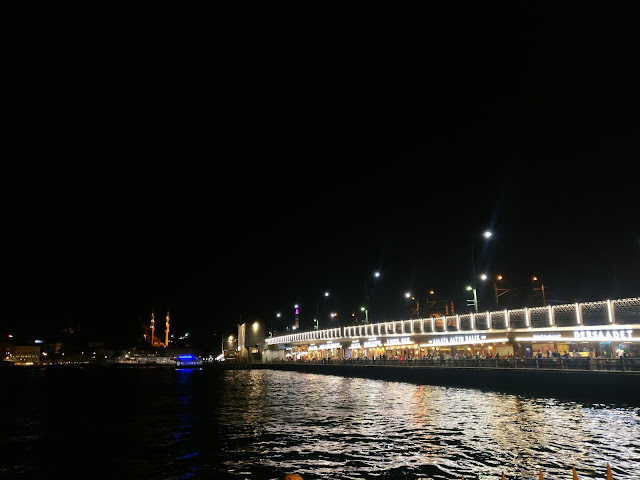 Istanbul is a bridge between Asia And Europe. Bosphorus strait separates the European And Asian Side of Istanbul. While roaming around in Istanbul you can feel European and Asian vibes. European-esque cafes & Asian-esque restaurants, European-esque Infrastructure & Asian-esque Infrastructure, European dressing sense and Asian dressing sense. The food and the music has more Asian touch though. I would say Istanbul is more Asian than European. What sets Istanbul apart is the eclectic mix of these two drastically different cultures. 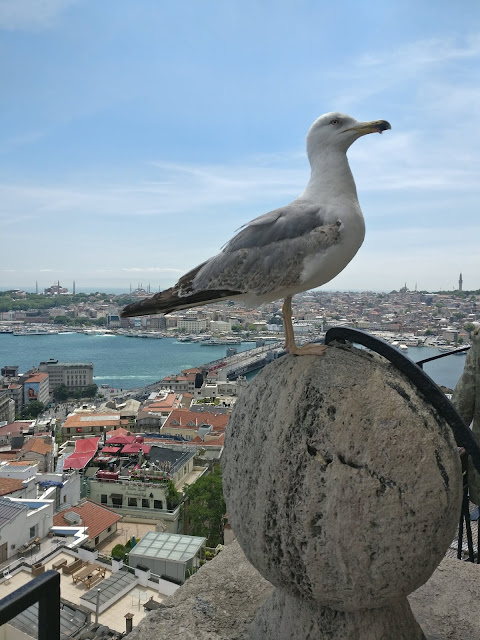 I had an unique experience in Istanbul. As i was coming from Europe to Istanbul, it felt like close to home. I didn’t feel like a “Foreigner” so to speak and at the same time i was in the awe of this amazing vibrant city. I would love to go back to Turkey one day and explore other parts of the country. Yakında görüşürüz! 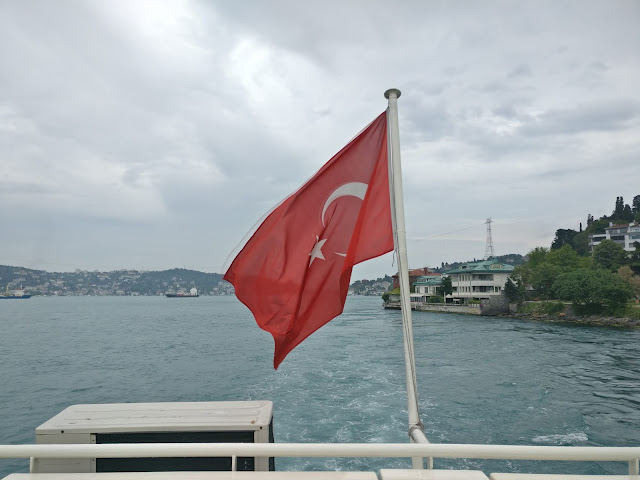 If you have any questions, write them in the comments. I will answer them accordingly.
Show More