In my eighth post of Q & A Series with Locals, I interviewed Amit from Punjab, India. Well, before I begin, let me come out clean that this post is a clear case of Nepotism haha. Well, Amit is my cousin brother. On the serious note, Amit is a true Punjabi and I cannot find a better person than him to interview about Punjab. Punjab is one of the Northern states of India. Before my solo trip to Northeast India, I travelled to Punjab and with Amit, I explored Amritsar, visited several Land Borders between India & Pakistan and traveled to Pakistan to visit Sri Kartarpur Sahib Gurudwara Sahib.

Q & A WITH AMIT FROM PUNJAB, INDIA

Please tell us about yourself.
Hello, I am Amit Jindal (Punjabi Nick Name – Bablu) and my family has been residing in Bathinda (A City in Punjab) for the last 40+ years. My birthplace was a small village called Rampura Phul (In Punjab) and my father is originally from Khiva Kalan (A small village in Punjab). I am an Engineering graduate and currently, I am serving in the State Government.

How many Countries/States have you visited so far?
Being from an economically and socially backward background, I did not get many opportunities to travel. But I have covered some of the parts of Northern India like my native state Punjab, Himachal Pradesh, Uttrakhand, Haryana, Uttar Pradesh and Delhi. In addition to this, the Western part of India has also been covered to some extent (Maharashtra, Goa and Karnataka). I have also visited Sri Kartarpur Sahib in Pakistan last year. 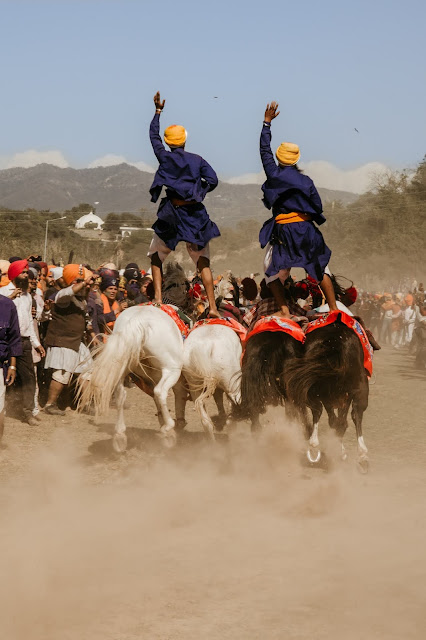 How would you describe people from Punjab?
Punjabis (People of Punjab) are an amazing combination of compassion and high spiritedness. They are known for their strong determination and serving humanity for decades. Moreover, they are famous for being Big-Hearted and Big Foodies. People of Punjab strongly believe in “Atithi Devo Bhava” (A guest is like God). They are pure-hearted and accepts everyone with open arms irrespective of caste/creed/religion.

How would you describe Punjab?
Punjab (Panj-Aab or Five Rivers) has one of the richest and oldest cultures. Having uniqueness and diversity in terms of poetry, spirituality, architecture, traditions, values, music, history is clearly evident. History and Food are the best keywords to describe Punjab. One most important thing I would like to tell is – One don’t sleep hungry in Punjab because Many Gurudwaras in Punjab (and even elsewhere) offer unlimited food free of cost (known as Langar).

How well does people in Punjab speak English on a scale to 1-10?
Well, there are not really many people who speak English. In most of the areas of Punjab, local people prefer conversation in Punjabi only (With different accents depending upon the area). So, It would be 6.

How to say some key phrases in local languages?
Punjabi is the widely spoken language in Punjab. Well, Hindi and Punjabi language are not that much different (unless in its purest form). But some of the keywords would be:

Which is the best/essential local food to try in Punjab?
Punjab is like heaven for foodies. There are numerous dishes in various parts of Punjab that are must-try. “Sarson Da Saag”(Made from Mustard greens) and “Makki Di Roti”(Made from Corn Flour) are the well known and quite famous dishes. Additionally, Punjabi Kadhi, Amritsari Kulcha, Chole Bhature, Dal Makhni, Shahi Panner, Amritsari Naan, Paranthas, Dhaba Daal(Lentils) (Daal made with local spices and rustic techniques) are simply irresistible. For Non-Vegetarians, there are number of options Like Tandoori Chicken, Butter Chicken, Machchli Amritsari, Murg Malaiwala and so on.

Which is the best/essential local drink to try in Punjab?
One and only “Lassi” with an extra layer of Malai(Clotted cream) of course. Lassi is made from Buttermilk/Yogurt base with water. It comes in so many varieties like Mango Lassi, Salted Lassi, Rose Lassi, Mint Chaas, Kesar- Pista Lassi and so on. Simply mouth watering!

Which sport are people in Punjab crazy about?
Kabaddi is the most popular sports being played in Punjab. Kabaddi is an ancient sport of South Asia. Quite popular in Southeast Asian countries nowadays.

Which are the best Places/Landmarks to visit in Punjab?

The Golden Temple (Harmandir Sahib): Arguably, the most famous place in Punjab. It is a Sikh Temple that is open to people of any religion, nationality, sex, colour, race. It is located in the city of Amritsar. The Golden temple feeds around 50000 people per day for free. On holidays/religious occasions, the numbers go up to 100000.

Jallianwala Bagh: Located in the proximity of the Golden Temple, It is a historic garden and a memorial of national importance. In 1919, the British army Killed around 400 people and injured around 1000 people when they opened fire on innocent people.

Durgiana Mandir: It is a famous Hindu Temple located in Amritsar. Its architecture is quite similar to the Golden Temple.

Bathinda Qila Mubarak: It is a historical monument in the city of Bathinda. It is the oldest surviving fort in India.

Gurudwara Shri Anandpur Sahib: This famous Gurudwara(Sikh Temple) is located in the sacred city of Anandpur Sahib. This is the place where Guru Gobind Singh Ji founded the Khalsa Panth in 1699.

Virasat-e-Khalsa: It is a sprawling Khalsa heritage complex envisaged into the state of art repository shedding light on Sikh Gurus, Sikh history, culture and heritage. It is located in Anandpur Sahib.

Moti Bagh Palace: It is a Palace located in the city of Patiala. There are two Palaces. Old Moti Bagh Place and the New Moti Bagh Place. The Old Palace is one of the largest residencies in Asia.

Harike Wetland and Bird sanctuary: It is the largest wetland in Northern India in the Tarn Taran Sahib district. The wetland was declared the Bird Sanctuary in the 1980s. 200 species of birds visit the wetland during the winter season. The wetland has rich floating vegetation. Endangered turtles, Smooth-coated Otters, Gharials are found in the wetland. Indus dolphin which was supposed to have become extinct in India in the 1930s was recently sighted in the Harike Wetland.

What are the cities and hidden gems of Punjab? 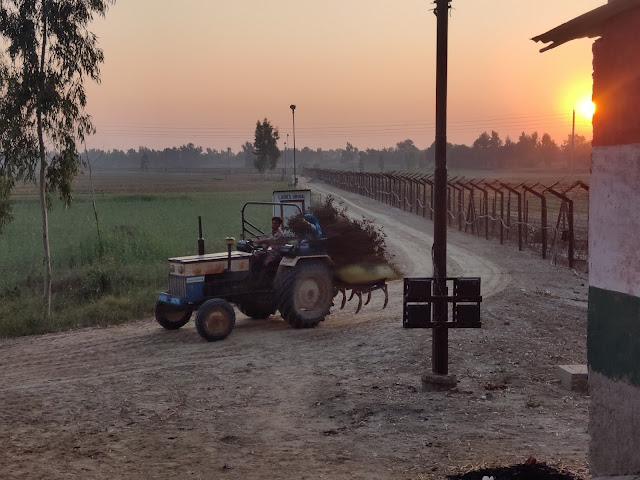 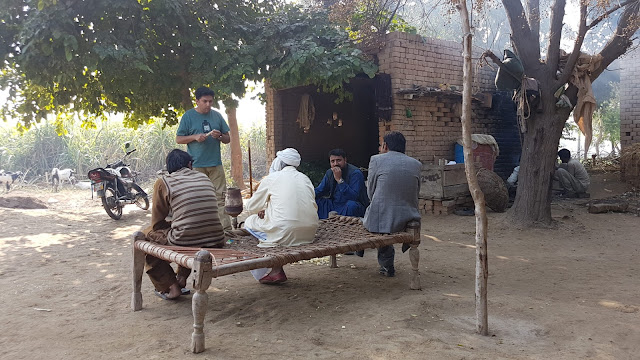 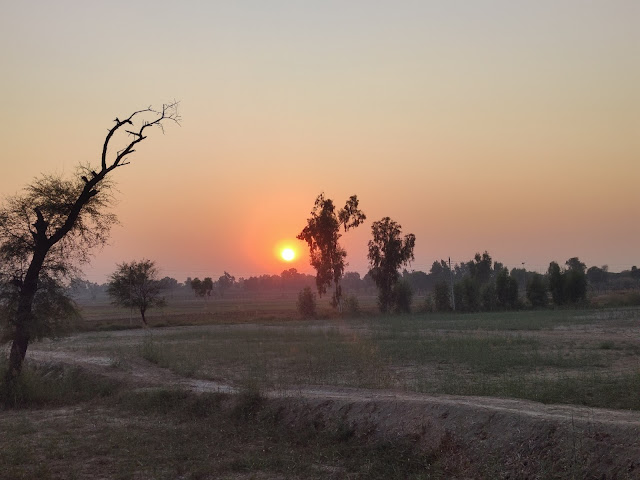 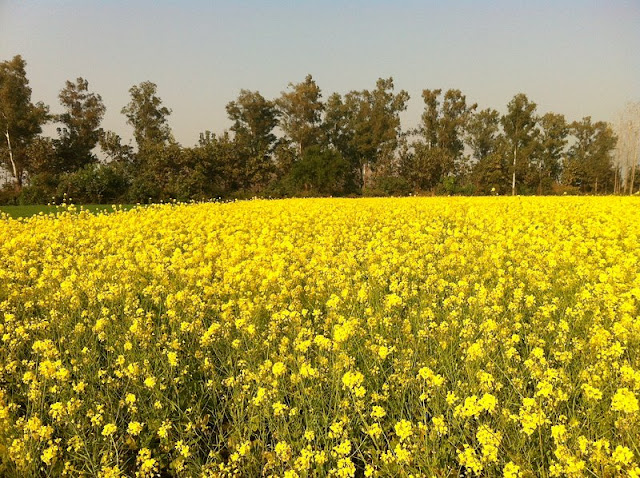 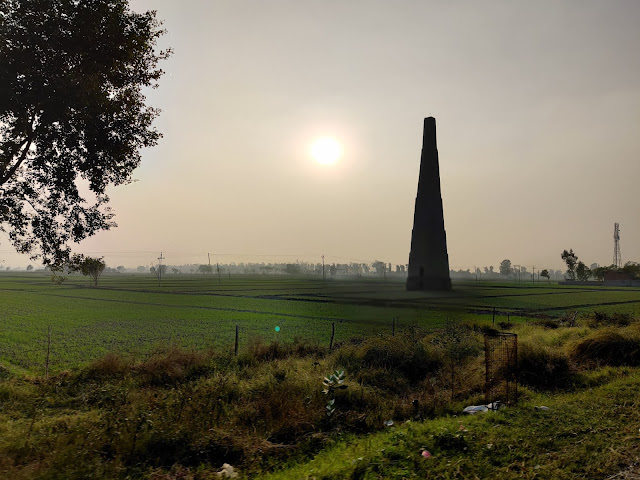 The hidden gem is undoubtedly the village life of Punjab which is worth seeing and worth living. The traditions, culture and food are its real gem. The tranquillity, the atmosphere and that distinct aroma in the air just can’t be missed.

The main cities worth exploring in Punjab are: 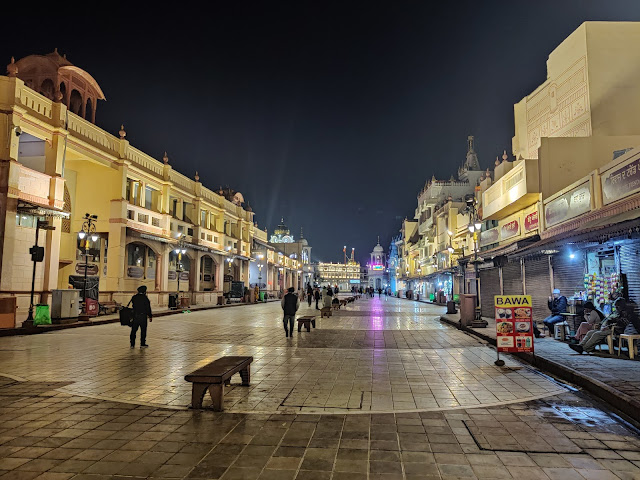 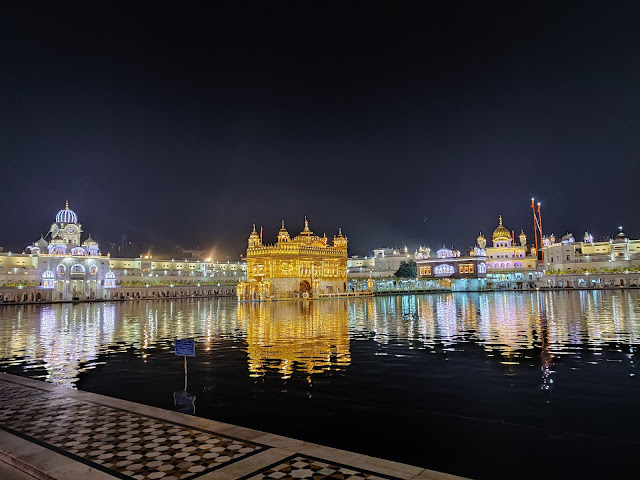 AMRITSAR: One of the heritage cities being chosen for HRIDAY scheme of Govt of India, best known for spiritually significant and most visited “The Golden Temple”. As mentioned earlier, other popular sites in Amritsar are Jallianwala Bagh, Durgiana Mandir & Wagah Border.

CHANDIGARH: One of the best cities to live and one of the most beautiful cities in India. It is also the capital of Punjab known for its exquisite architecture & urban design, lakes, gardens etc. 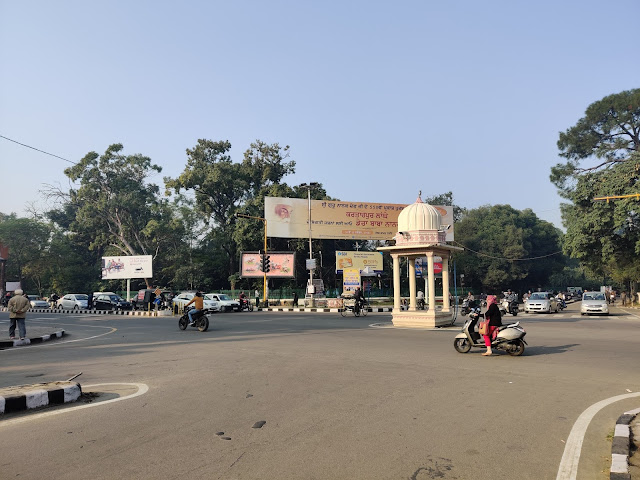 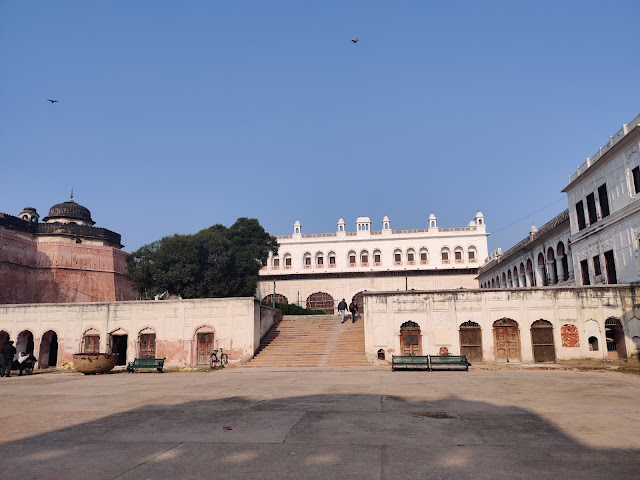 BATHINDA: One of the oldest and historical cities of Punjab named after “Bhati Rajput rulers”. The main attraction is the oldest and historical “Qila Mubarak” along with a Gurudwara sahib built-in. One of the Sikh Takhts (Seat of Authority) in Punjab, resides in Bathinda i.e. Takht Sri Damdama Sahib. Another pilgrimage attraction is Mata Maiser Khana Mandir, an oldest and spiritual Hindu shrine place famous for wish fulfilments. Bathinda also known as “The City Of Lakes”.

SRI ANANDPUR SAHIB: This sacred city is situated on the edge of Shivalik Hills. The Tenth Guru of Sikhism i.e. Guru Gobind Singh Ji had formed Khalsa Panth here. There are several Gurudwara in the city. Also, the beautiful museum of “Viraasat-e-Khalsa is worth seeing.

JALANDHAR: Located in the irrigated plains between River Beas and Sutlej. It is named after a demon king in Puranas and Mahabharata, this city is one of the most famous and historical cities of Punjab. Famous sites are Phillaur Fort, Devi Talab Mandir, Tombs of Mohammad Momin and Haji Jamal, Vajra Museum, Pushpa Gujral Science City and so on.

Which is the best time to visit Punjab?
There is not any specific ‘Best’ time to visit Punjab. Anyone may visit anytime. But if you wish to explore the beautifully flourishing crop fields, the best time would be in April during the Baisakhi festival. You could clearly see the happiness on the faces of the farmers as their crop is ready to be harvested finally after so much hard work.

Are there any local customs a visitor should be sensitive to?
Not really. Punjabi people are open-minded but the most important thing is that one must follow every ritual while visiting gurudwara sahibs like do wear a Rumala sahib (A handkerchief or any cloth) on the head, remove footwear before entering gurudwara. Another one is – Never waste the food in langar(free food in Gurudwara). It is not considered a good practice. Also, make sure to wash your utensils after having “langar”. 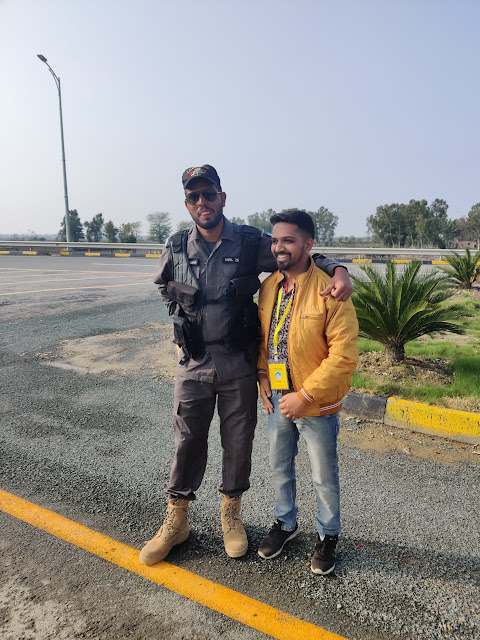 When I asked him to share an interesting picture of his. He chose the above one.
This picture was clicked on the way to Sri Kartarpur Sahib Gurudwara Sahib in Pakistan.An interesting memory to share. I decided to go on foot to Gurudwara Sahib from the Immigration gate (almost 3 km far) instead of taking a bus. On the way, I met the Pakistani Ranger who greeted me with such affection and that too in Punjabi. Since Punjabi is the mother tongue of both of us, it was really awesome communicating with him. We have so much in common. We cracked a joke in Punjabi and we both had a good laugh together. That’s when this picture was taken.