During my post quarantine travel in Colombia, someone told me about the Whale Watching tour in the Pacific Ocean. Since I had never seen Whales in my life, the idea instinctively and instantly stuck in my head. I traveled through half the country to reach back to Cali from Neiva. I took a night bus from Neiva to reach Cali and from Cali, I catch an early morning minibus to reach Buenaventura and so the adventure begins! 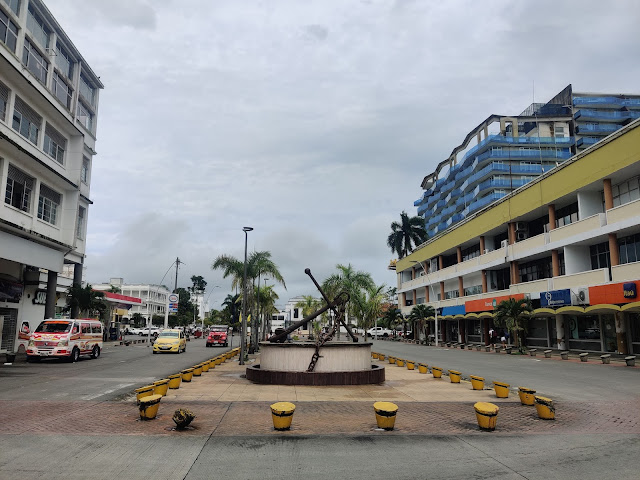 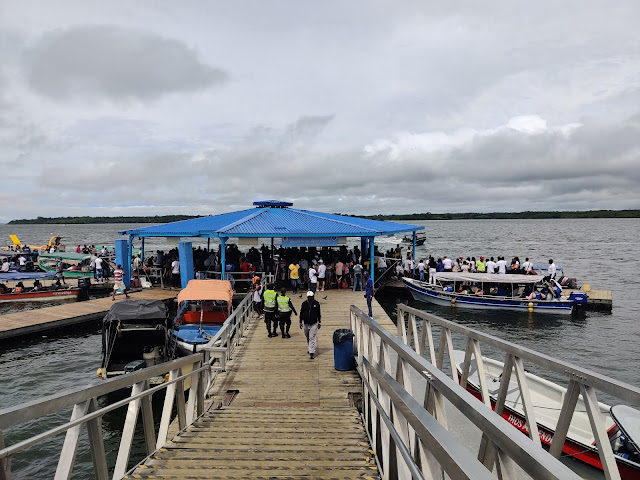 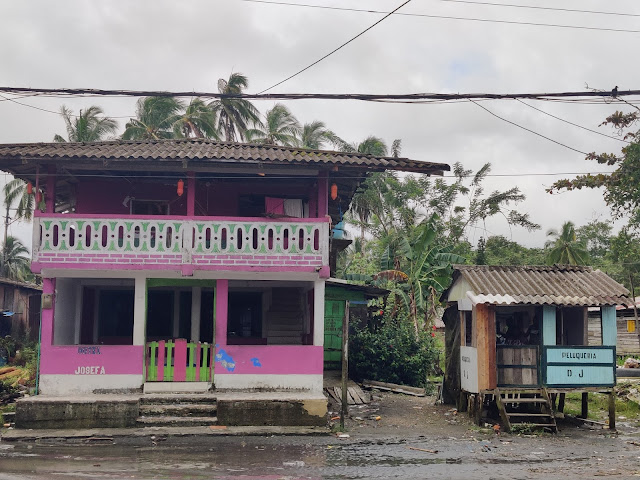 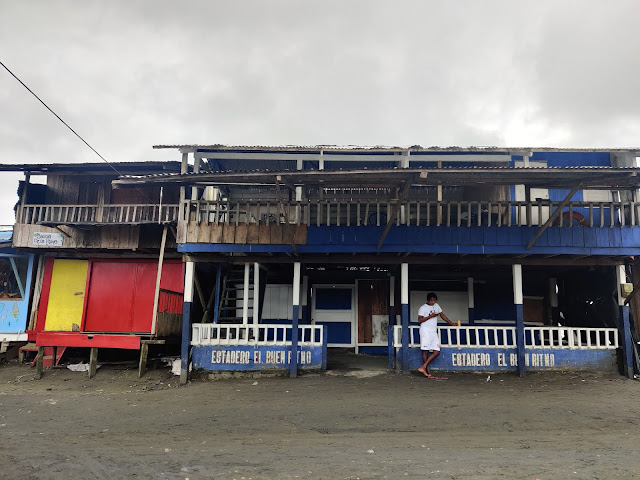 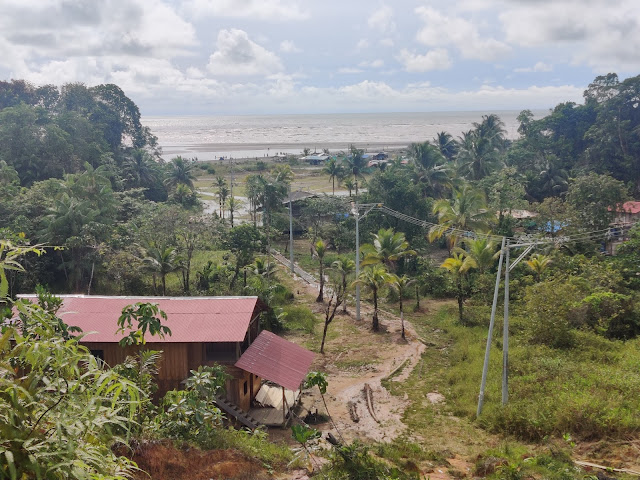 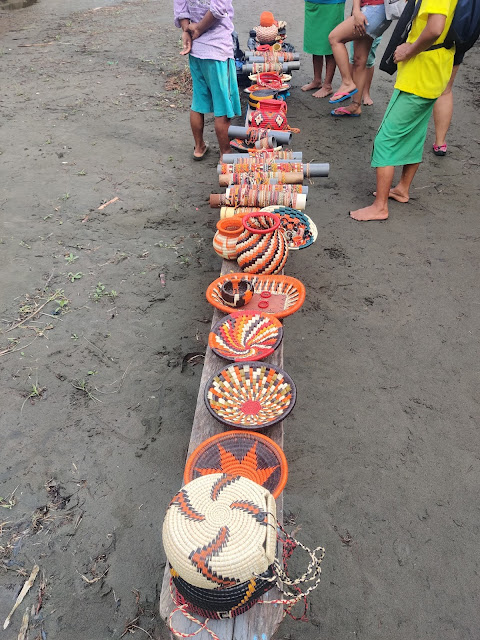 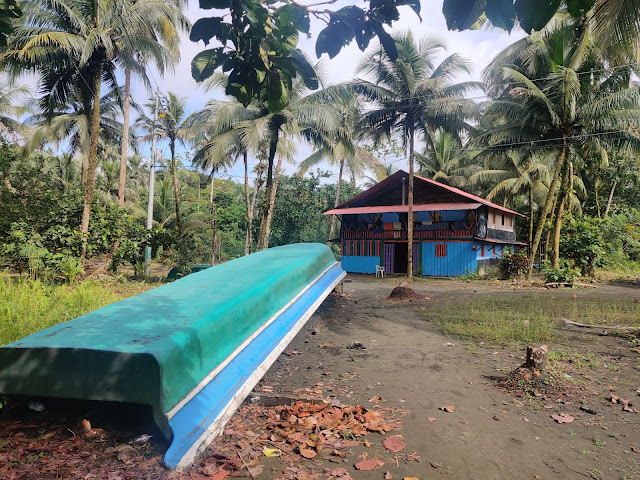 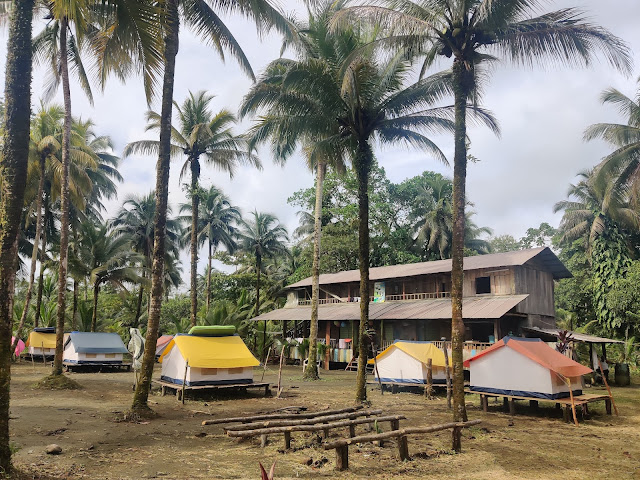 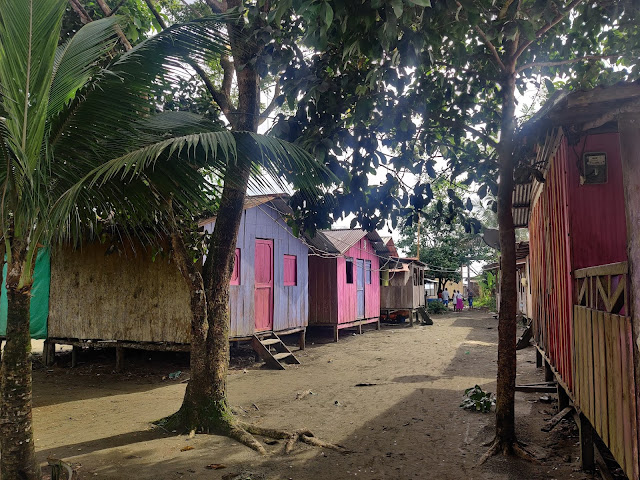 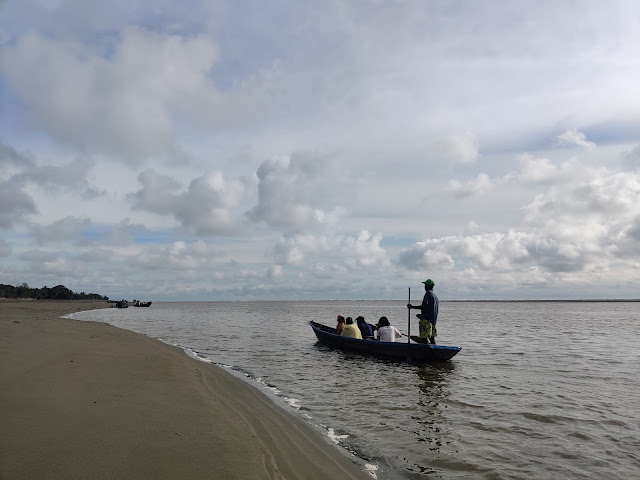 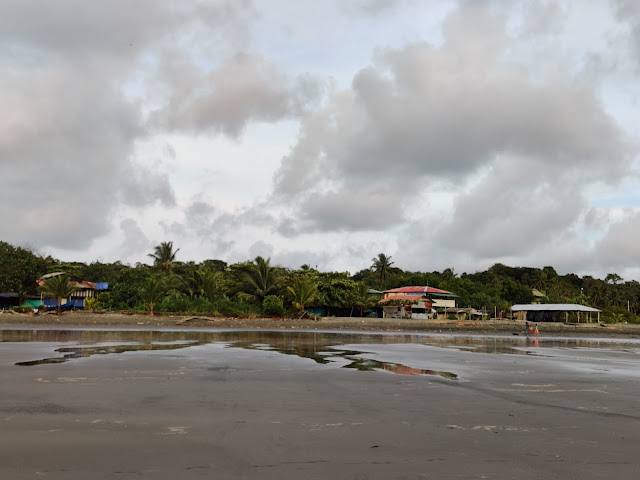 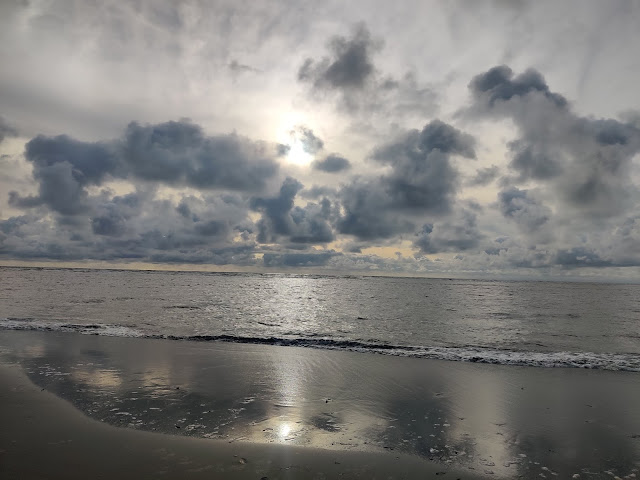 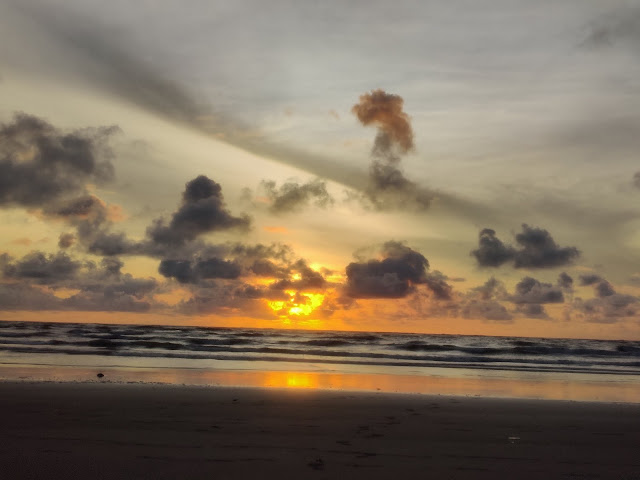 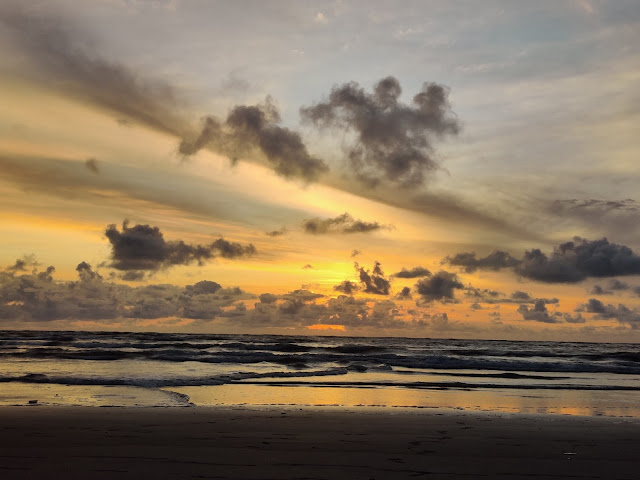 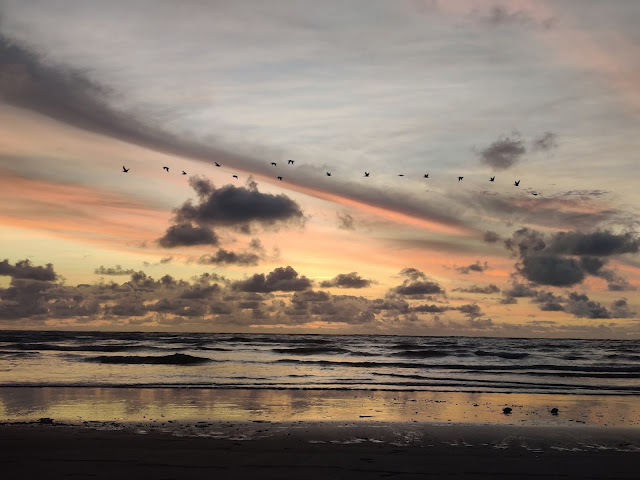 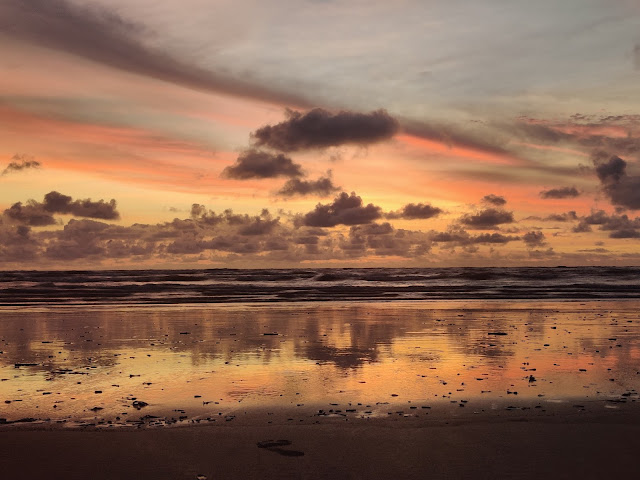 After reaching Buenaventura bus station, I walked to the port. It was 15 minutes walk. From the port, I catch a ferry for Juanchaco. That ferry ride is one of the most thrilling rides of my life. For the majority of the time, it was a bumpy ride. We were dancing involuntarily all over the place. It was like everyone was drunk dancing haha. After reaching Juanchacho, quite a few people vomited their stomachs out. Juanchaco is a village along the pacific ocean. After reaching Juanchcaco, I took a local wooden bus to reach the village of Ladrilleros where most of the campsites/hostels are located. I stayed at La Salamandra, a hostel lovingly run by a family. I highly recommend this place for backpackers and alike. After leaving my luggage, I went straight to the beach on La Barra. La Barra is a neighboring village of Ladrilleros. I saw the hypnotising sunset at the beach and lost track of the time. Since there are no street lights, I had to walk in the pitch-black darkness to reach my hostel La Salamandra in Ladrilleros. I think I have become addicted to adventure, till the time something adventurous doesn’t happen during a day, the day seems incomplete haha. 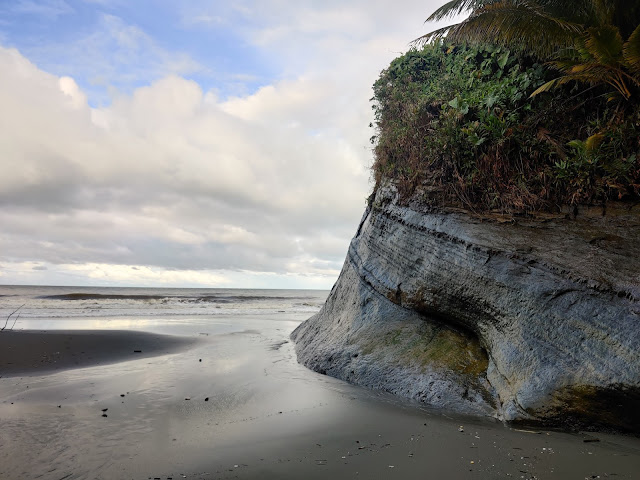 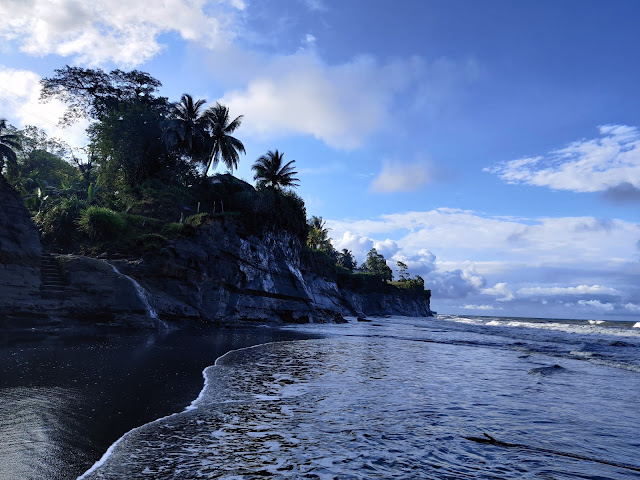 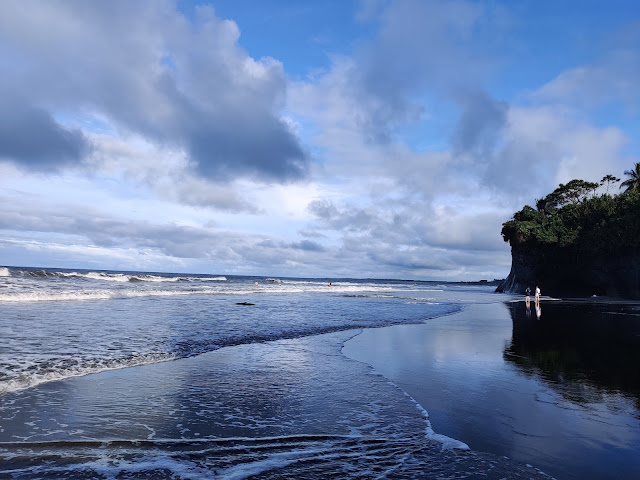 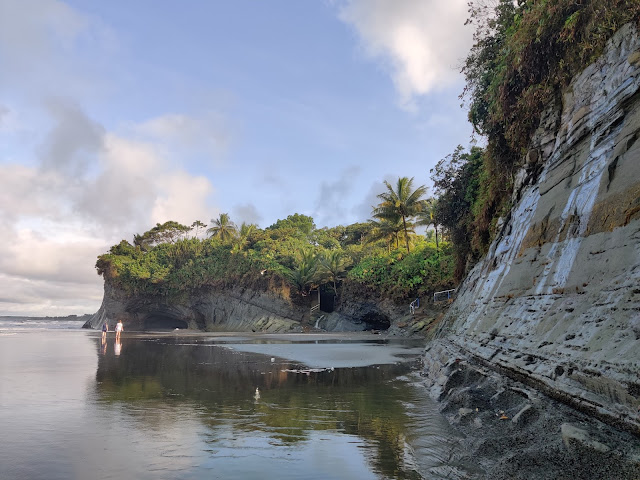 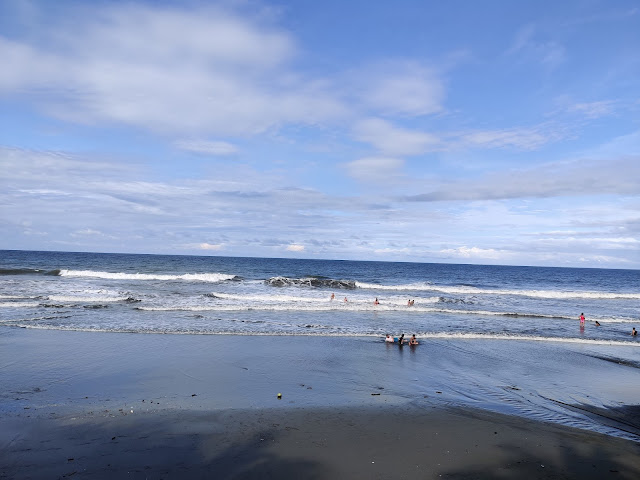 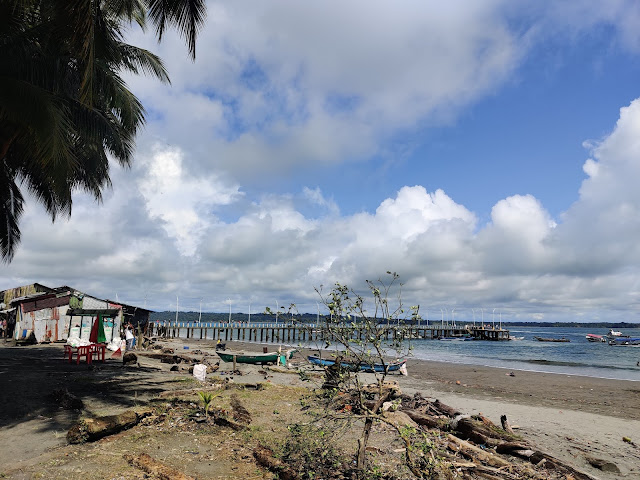 The next morning, I woke up early to go to the beach in Ladrilleros. Walking barefoot on the beach in the morning is something I never miss whenever I travel to coastal areas. For me, it is truly relaxing and meditative. After taking a dip in the ocean, I head back to my hostel where I met an interesting guy. A guy in his 60s, who is traveling solo for many years now. A guy at first gives an impression of a swindler. He had that fishy vibes to him. After listening to his strange and somewhat hard-to-believe stories, I decided to go to Juanchaco by walk and do the thing for which I traveled all the way to here. At the Juanchcao port, I boarded a boat for whale watching with the other 3 guys. I paid 30000 cop for it. Even after 20 minutes of boat ride in strong currents, no sign of whales. I was feeling really disappointed. I felt like the effort and money I spent were totally wasted. Suddenly, our guide pointed us towards the passing whale. We had a glimpse of it before the whale disappeared. Our guide increased the speed of the boat to chase the whale. After some time, I saw something truly beautiful. The whale jumping through the waves. It was gigantic! It was spellbinding, to say the least. I didn’t want to blink my eyes for a second. Everyone was speechless in the boat. When we came back to our senses, I filmed the last part before the whale disappeared again(Check the video above). While returning back, we saw another whale passing relatively close to our boat which scared us a bit but as per our guide, they never attack a boat. Reassuring words that were! After reaching the land, my mind was still reeling over from what I just saw. I had a big lunch before heading back to my hostel i.e. La Salamandra. At night, I had a beautiful chat with the family. The family gave up city life to live in a remote village. This region receives very heavy to extremely heavy rainfall throughout the year and the next morning, I saw a glimpse of that. It was raining really heavily. I left my hostel to catch an early morning ferry back to Buenaventura. Round trip ferry ticket costs 98000 cop. After reaching Buenaventura, I catch a bus to my next destination.

How To Plan Your Trip To Oaxaca In Mexico

Must Visit Attractions In Chiapas, Mexico