SOLO TRAVELING is the best way to discover the world. During my solo travels, I met different kind of people from different parts of the world. Nice, Rude, Helpful, Aloof, Kind, Bad, Good, Genuine, Opportunistic. One of the challenges of solo traveling is to avoid the unwanted people and the possible tourist scam. One of the most famous scams in Europe are Friendship Band scam, Fake Taxi scam, Fake Money scam etc. I was tourist scammed in Istanbul. This scam specifically targets solo travelers. After the incident, I search the net and found out that Istanbul is infamous for this scam and felt like an idiot. I want to highlight this notorious scam to help future solo travelers. Here’s my account:

One night I was strolling on the one of the busiest streets (Istiklal Street) of the city. I had a great day and was in good mood. I stopped at the street vendor to buy those sweet peanuts. A person standing nearby asked me if the peanuts any good and this is how it all begins:

He bought it and tasted and gave me thumbs up.

He: Where are you from?

He: Cyprus originally but currently working in Saudi Arabia as an oil engineer.

Conversation goes on and we went on to discuss about Istanbul, Cyprus and India. He said he’s visiting his family in Cyprus and here to explore the city for few days. The whole meeting and conversation felt really organic but it was all part of the plan. I was enjoying talking with him while walking down this bustling street and munching the tasty peanuts. Finally, he offered me to have a drink with him and I agreed. I told him to go to one of the roadside bars but he directs me to this shady looking dance bar in a basement. When I said I rather go to some normal bar. He replied he really want to go in one of these dance bars because in Saudi Arabia he’s really missing this kind of experience. I reluctantly agreed. I don’t know why I agreed even though I knew something was not right. It was one of those spur of the moment decisions. Rest I guess you can all figure out.

Well, we ordered two drinks and shortly two girls joined us and we ordered two more for them. The girl sitting next to me was originally from Siberia as she told me. She start asking me about my travels and trying to deduce something by asking where I’m staying, where I have been in Istanbul and for how many days I’m visiting Istanbul. I sensed something fishy by then. After one drink I said I have to go. He tried to convince me for one more drink but i set my foot down. I should have done it earlier!  He conversed with bartender in Turkish and asked for the bill. I asked him how does he know Turkish. He smiled wryly. Sense of anxiety took over me while I wait for the bill. 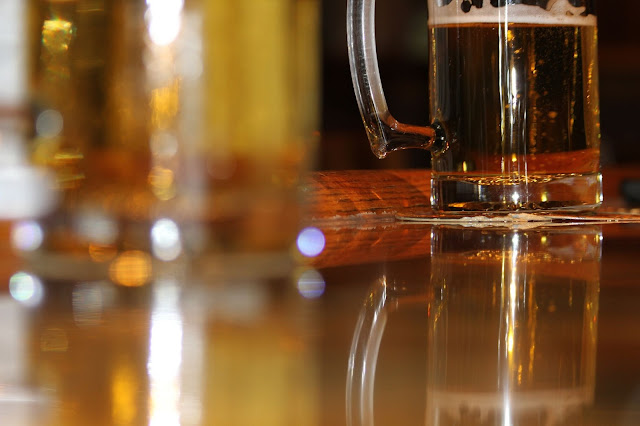 As expected I was handover an astronomical bill. I asked for the menu and the prices printed on it can put even High-End bars to shame. I asked the guy to pay his half. He just made a dumb face and said “Bro, I thought you were going to pay. I have no money.” Manager of the bar intervened and told me he will get the half amount from the guy and I just pay my half. No card only cash accepted. Probably, to avoid tracing back to the bar. Even after splitting the bill, the amount comes to great total. I told the manager this is clear case of cheating. Manager just laughed off. When I told him that this incident will leave a bad impression of Istanbul on my mind. He just said “No problem. We get millions of tourists, so you doesn’t matter.” I asked to call the police and settle everything in front of them. Manager tried to intimidate me by saying “Hey relax, no body’s getting killed.” I thought best course of action would be to get out of here as soon as possible. Luckily, I had pretty less cash on me. I gave him the cash and said “that’s all I have.” Manager took the cash and told his person will accompany me to the nearest ATM for rest of the amount. I happily agreed. We took the stairs out of the basement and I just ran. I ran ran ran ran like Forrest Gump. Don’t know when to stop. After reaching the taksim square I finally stopped and laughed. Just laughed. Some bystanders look at me with an utmost attention. I felt like I won an Olympic medal in 400 metres race. Even though monetary loss was quite small but impact of whole incident were quite big. Funny part is on the next day another guy approached me near taksim square. This time when I tried to call a police, he ran like a bullet. 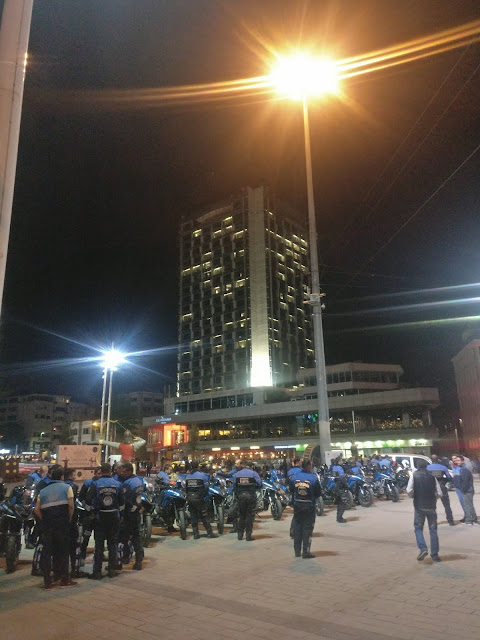 This is a cautionary tale. So, people should be aware about this scam and avoid falling into the trap. I had a memorable time in Istanbul and would love to visit Turkey again in near future to explore different parts of the country. 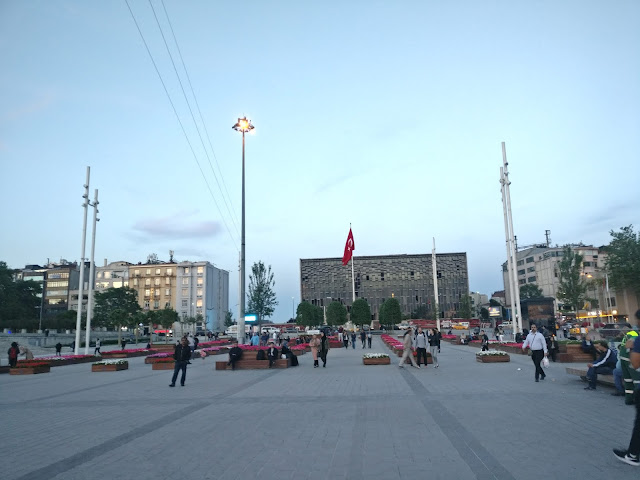 If you have any questions, write them in the comments. I will answer them accordingly.
Show More

My Trip To Istanbul: Where East Meets West